Accessibility links
Meat Week The role of meat in our lives, our culture and our environment is the subject of a weeklong series on Morning Edition.

All Across America, Meat Billboards Ruled The Road

June 29, 2012 • Although outdoor ads have been around since ancient Egypt, they really took off after the Interstate Highway System was born in the 1950s. And, what better way to entice the captive audience in the car than to advertise beef on a billboard? 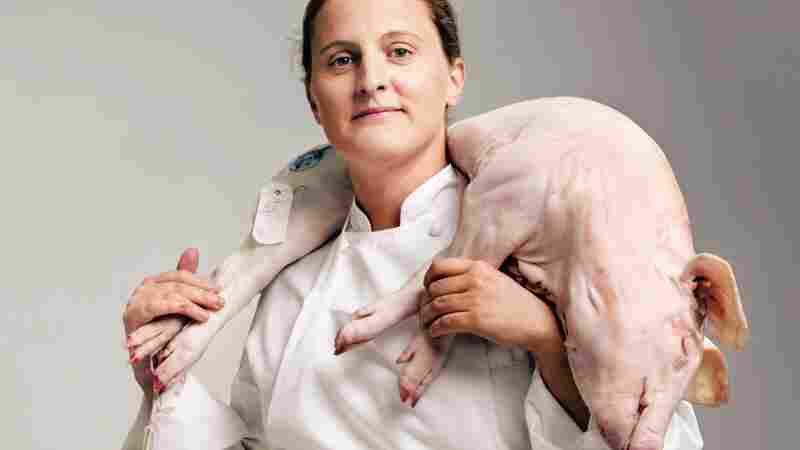 June 29, 2012 • April Bloomfield says she loves the smell of frying liver, the taste of a good thick steak shared with friends, and the crunch of a crispy fried pig's ear. Her new cookbook is a paean to meat — and from snout to tail, every part of the animal appears on her dinner table.

June 29, 2012 • As Meat Week draws to a close, we look ahead to Pie Week which starts next week on Morning Edition.

June 28, 2012 • The role that meat plays in our lives is the subject of a new Morning Edition weeklong series — and the topic of conversation among our listeners. 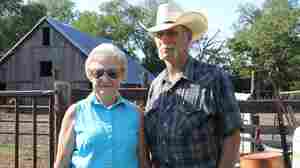 Barbara and Norman Roux stand in front of cattle pens on their farm outside of Moundridge, Kan., where she has raised cattle for nearly 70 years. Peggy Lowe/Harvest Public Media hide caption

June 28, 2012 • The beef industry is shaped like a bottle: It starts at the bottom with 750,000 small ranches and ends with just four meatpacking plants processing about 82 percent of the beef we eat. 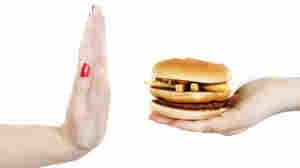 Some Americans are cutting back on red meat, and health concerns seem to be the biggest reason they're doing it, a survey found. Shmeliova Natalia/iStockphoto.com hide caption

June 27, 2012 • Some 39 percent of Americans polled in a survey said they eat less meat now than they did three years ago. Health experts say that's a sign that Americans' attitudes about consuming meat are changing. 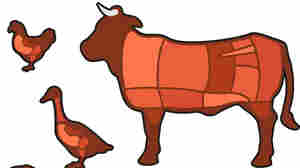 June 27, 2012 • Americans eat more meat than almost anyone else in the world, but habits are starting to change. We explore some of the meat trends and changes in graphs and charts.

June 26, 2012 • There's a new startup that's envisioning a way for people to eat even more meat. AgLocal is developing a smartphone app to help small farmers expand local markets for their meat by connecting them with independent distributors. 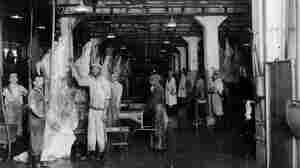 June 26, 2012 • Thanks to American wealth and ingenuity, we're a nation of meat eaters. But that's not the whole story. Over the years, we've made access to land near cities affordable to farmers, and created a cheap market for beef and chicken.

June 25, 2012 • Scientists agree we evolved to eat meat, but some of us may be pushing the limits of consumption. Paleo diet enthusiasts believe meals should be more like early man's, but modern doctors disagree. 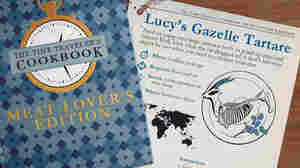 June 24, 2012 • Want to eat like your distant ancestors? Try the gazelle tartare or the luau mammoth! You'll discover these recipes and more in our Time Traveler's Cookbook.