Accessibility links
Cities Project More than half of the world now lives in urban areas. In the U.S., urban dwellers are the vast majority of the population. What does it mean to live in a city today? What are the challenges for cities going forward? NPR explores urban life in the 21st century. 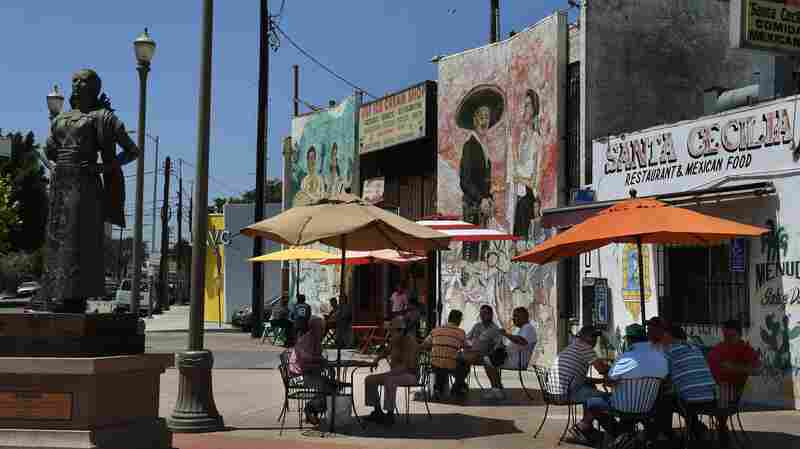 A recently renovated Mariachi Plaza is pictured in Boyle Heights, Calif., is a Hispanic and low-income neighborhood of Los Angeles that's fighting hard to prevent gentrification, the threat of escalating rents and "washed out" identity. Mark Ralston/AFP/Getty Images hide caption

'There Isn't A Just Housing Choice': How We've Enabled The Pains Of Gentrification

January 28, 2018 • Decades of unjust policies have led to the devaluing of lower-income neighborhoods. But urban sociologist John Schlichtman says closing the gap between revaluing and devaluing can minimize inequities.

'There Isn't A Just Housing Choice': How We've Enabled The Pains Of Gentrification 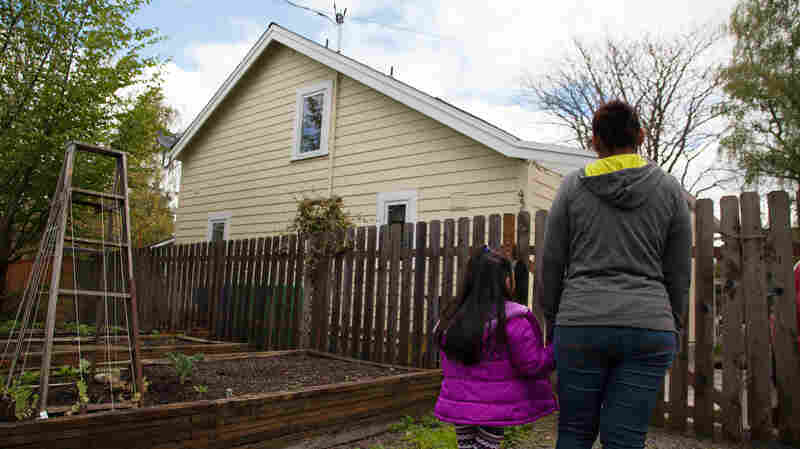 Michelle Labra and her daughter, Daphne, live in an accessory dwelling unit (ADU) in their landlord's backyard. Portland has among the most permissive rules for ADUs in the country. Last year, the city issued building permits for about one a day. Amelia Templeton/OPB hide caption

August 15, 2017 • As rents rise, Portland is making it easier for homeowners to build small houses in their backyards and enable people who would be priced out to stay. 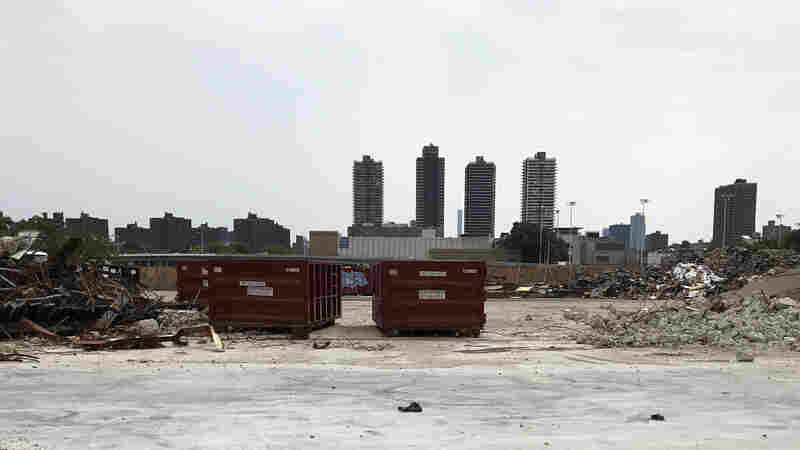 The site where developer Keith Rubenstein and partners plan to build a luxury residential complex on the waterfront in Mott Haven, one of the poorest communities in New York City. Jessica Gould/WNYC hide caption

August 2, 2017 • In the 1970s, the phrase "the Bronx is burning" became a shorthand for urban decay. Now, money is flowing in, but not without controversy. 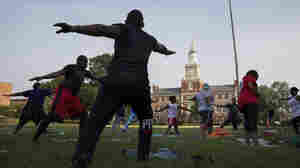 July 25, 2017 • The area around Howard University was once working-class and black. As more nonblack residents move in and property values rise, the D.C. university is taking advantage of the hot real estate market. 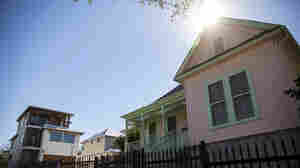 A new multi-story residential building (left) and an older style one-story space sit side by side on 12th Street in the East Austin neighborhood of Austin, Texas. The neighborhood has experienced a strong wave of gentrification, which often pushes people out of the now trendy area. Gabriel Cristóver Pérez/KUT hide caption

July 12, 2017 • The community "doesn't really exist anymore as it did," one former resident of East Austin said. Even the local pastor, who served for 30 years, says he's been pushed out by rising home prices. 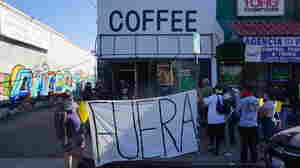 In This LA Neighborhood, Protest Art Is A Verb

June 27, 2017 • About a third of Boyle Heights' 90,000 residents live below the poverty line. But lower rents have attracted art galleries to the area, and that is drawing the ire of residents and activists.

In This LA Neighborhood, Protest Art Is A Verb

Riders stand in a crowded bus in Montgomery, Ala. Sixty years after the historic Montgomery bus boycott, many of the city's residents say the system doesn't work for them. Debbie Elliott/NPR hide caption

60 Years After The Boycott, Progress Stalls For Montgomery Buses

November 12, 2015 • The deep-rooted history and current disrepair of the aging Alabama bus fleet continue to affect its predominantly black riders.

60 Years After The Boycott, Progress Stalls For Montgomery Buses 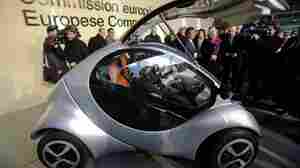 There was a lot of excitement in 2012, when the Hiriko car was unveiled at this event at European Union headquarters in Brussels. At the time, the then-president of the European Commission, Jose Manuel Barroso, hailed the car as a trans-Atlantic "exchange between the world of science and the world of business." Zhou Lei/Xinhua/Landov hide caption

November 5, 2015 • Engineers at MIT developed an electric, shareable car that would fold to conserve parking spaces. A prototype was made for production in Europe. But why did this promising auto never hit the road? 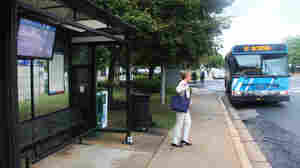 Mary Lee Kingsley waits for a bus in Montgomery County, Md. The bus stop has a big LED screen with a map displaying the current location of buses and when they will arrive. Franklyn Cater/NPR hide caption

October 29, 2015 • Transit decisions are made by political bodies, and the results are often that the communities with the most political and economic power drive the bus, so to speak. Big data may change that. 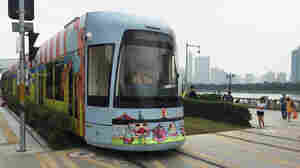 October 22, 2015 • D.C. has struggled to roll out a streetcar line that uses both overheard wires and off-wire, battery power. In southern China, though, a new supercapacitor-powered tramline is already up and running. 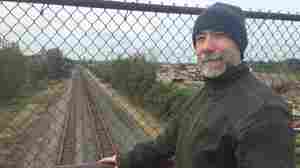 NPR blogger and astrophysicist Adam Frank visited an intersection of many transportation modes to illustrate his point about why infrastructure needs to change. Adam Frank hide caption

Why The Future Of Transportation Depends On Changing Infrastructure

Why The Future Of Transportation Depends On Changing Infrastructure 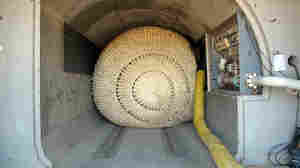 October 8, 2015 • New York City's transit authority wants to protect Lower Manhattan subway stations from storm flooding. It's racing to get technology tested and in place in time for the next big one. 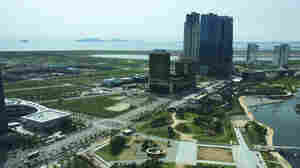 Songdo, outside Seoul, was envisioned as a futuristic international business hub, drawing residents from all over the world. Instead, this young city has become populated mostly by Koreans. Ari Shapiro/NPR hide caption

October 1, 2015 • Songdo City was planned as a futuristic international business hub. Instead, it's become popular among Koreans as an attractive residential area. This story is the latest in NPR's Cities Project. 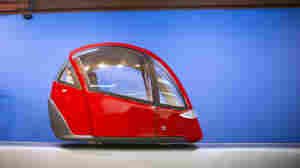 Mike Lester, CEO of Taxi 2000, sits in the SkyWeb Express in the company's warehouse in Fridley, Minn. The company has been working on SkyWeb Express system, a point-to-point personal rapid transit system. Ackerman + Gruber for NPR hide caption 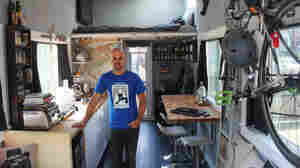 February 26, 2015 • Single people represent the fastest growing category of households in the U.S. That's made small dwellings — from micro-apartments to stand-alone tiny houses, a niche force in the real estate market. 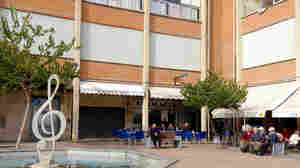 Alfafar, a suburb of Valencia, Spain, is suffering from a poor economy and high unemployment. A quarter of homes are abandoned. Here, a cafe is still open on the ground floor of an abandoned municipal building in Alfafar's Orba neighborhood, but upper floors used to house shops. A pair of Spanish architects hopes to revitalize the high-density housing in this working-class area. Lauren Frayer/NPR hide caption

February 16, 2015 • From urban high-density housing to rural communal living, Europeans are using the principle of co-housing — in which neighbors share space and resources, depending on their needs. 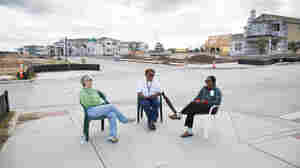 Kathy Van Sluyters (left), Barbara Carr and Colleen Dickinson chat on a recently finished sidewalk across from Wildflower Terrace, a mixed-income apartment building in the Mueller development for people ages 55 and over. Julia Robinson for NPR hide caption

February 13, 2015 • People move to Austin's Mueller neighborhood to become part of a progressive community. But some black residents say they haven't always felt welcome — so Mueller decided to do something about it. 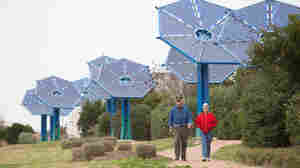 With Porches And Parks, A Texas Community Aims For Urban Utopia

February 12, 2015 • Austin's Mueller neighborhood is a new-urbanist dream, designed to be convivial, walkable and energy-efficient. Every house has a porch or stoop, and all the cars are hidden away.

With Porches And Parks, A Texas Community Aims For Urban Utopia

February 12, 2015 • We hear the story of urban photographer Patricia Evans. Back in the 1980s, after she was beaten and sexually assaulted near a Chicago public housing project, she chose not to run from her fears. 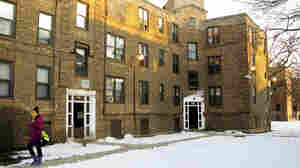 A resident of Lathrop Homes leaves one of the few occupied buildings in the development. The city wants to redevelop the public housing as mixed use, and offered vouchers to encourage residents to relocate. Cheryl Corley/NPR hide caption

February 5, 2015 • Chicago plans to replace its Lathrop Homes public housing project with a mix of condos and affordable housing. Residents say it doesn't need a revamp — and that the overhaul will displace too many. 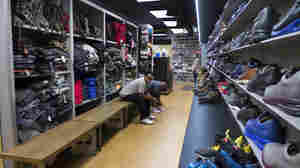 A Pillar Of Atlanta's Community Also Has An Outsize Shoe Collection

January 29, 2015 • It takes anchors to keep neighborhoods lively; key restaurants and stores that draw people from far and wide. For decades in Atlanta, Walters Clothing has been that space.

A Pillar Of Atlanta's Community Also Has An Outsize Shoe Collection 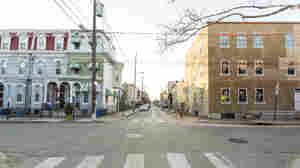 New apartment buildings are replacing empty lots in Mantua, one of Philadelphia's poorest neighborhoods. Will Figg for NPR hide caption

January 29, 2015 • Drexel University is taking a hands-on approach to redeveloping one of Philadelphia's poorest neighborhoods with a new center designed to serve not just students but mainly local residents. 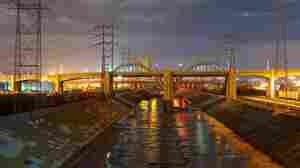 The Los Angeles River in 2013. Engineers turned it into a narrow concrete channel in the 1940s, after a flood destroyed homes and left 100 people dead in 1938. Steve Lyon/Flickr hide caption

January 22, 2015 • In Los Angeles, some see drought as a design opportunity. The Arid Lands Institute in Burbank is developing ways to turn the city into a "sponge" in order to take in water and store it for later. 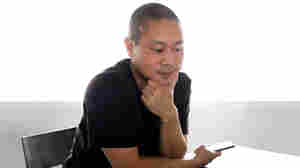 Zappos.com CEO Tony Hsieh is spearheading an effort to revitalize downtown Las Vegas and make it a tech hub, home for small businesses and a creative community. Isaac Brekken for NPR hide caption

January 15, 2015 • Zappos.com CEO Tony Hsieh pumped $350 million into downtrodden downtown Las Vegas to make it a home for startups and a place young people want to live again. Three years in, is it working? 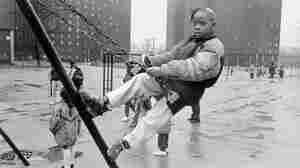 Tiffany Sanders was about 10 years old in 1993 when this photo was taken at the Clarence Darrow high rises, an extension of Chicago's oldest public housing development, the Ida B. Wells Homes. Courtesy of Patricia Evans hide caption