Accessibility links
Human Tissue Donation Many organ donors are unaware they've also agreed to donate their veins, bones, skin and other tissue that can be used not only to save a life, but help a cosmetic surgery patient. It's a $1 billion a year industry with little regulation. 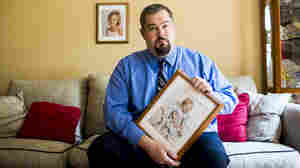 Chris Truitt holds a photo of his daughter, Alyssa, who died when she was 2, at his home in De Forest Wis. After donating her organs and tissues, he decided on a career change that made him rethink tissue donation. Narayan Mahon for NPR hide caption

July 17, 2012 • Donating tissue is full of contradictions: A gift of generosity fuels a $1 billion industry. 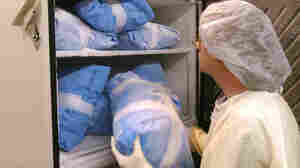 July 18, 2012 • An NPR News investigation has found there's little scrutiny at key points in the tissue donation and transplant process, which could lead to serious medical mistakes. 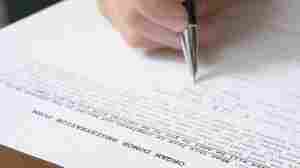 Organ and tissue donation forms vary from state to state. Some are very general, while others allow people to choose or restrict what they want to donate. iStockphoto.com hide caption

Am I A Tissue Donor, Too?

July 18, 2012 • NPR's Joseph Shapiro knew he had signed up to be an organ donor, but he didn't realize the red heart on his driver's license signifies that he also agreed to donate his tendons, bones, veins and other tissue.

Am I A Tissue Donor, Too?

July 19, 2012 • Body-stealing cases like that of Michael Mastromarino illustrate how an industry built on altruism can fall into the hands of the greedy.

July 17, 2012 • Tissue industry experts estimate one body can generate revenues of more than $80,000. Explore how much hospitals and medical facilities pay for individual body parts commonly used from tissue donors. 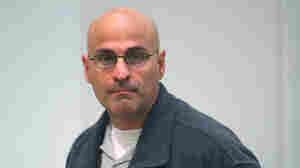 July 10, 2013 • The former dental surgeon went to prison for a long-running scheme to obtain human bodies and then harvest their tissue for sale. He admitted guilt in 2008 and was sentenced to up to 58 years in prison. He died Sunday of cancer.

Spinal Surgery Company To Give Tissue Proceeds To Charity

October 7, 2012 • Spinal Elements, a small and growing company, had long made plates, screws and other technology used in spinal surgeries. But its new Hero Allograft was the first product it ever made from the tissue — in this case the bones — of a donated human cadaver.