Accessibility links
How We Watch What We Watch: The Future Of Television Television, the ever-present babysitter, the companion that asks nothing of you, is changing. It is changing because we're asking questions of it, and making new demands about how we watch TV, and even what we consider to be "TV." October 26, 2012 • Digital gadgetry and on-demand media are changing the way we watch TV. Why wait for next week's episode when you can download a whole season from Netflix? Graphic design critic Jessica Helfand wants to harness that impatience and come up with more compelling short-form media. 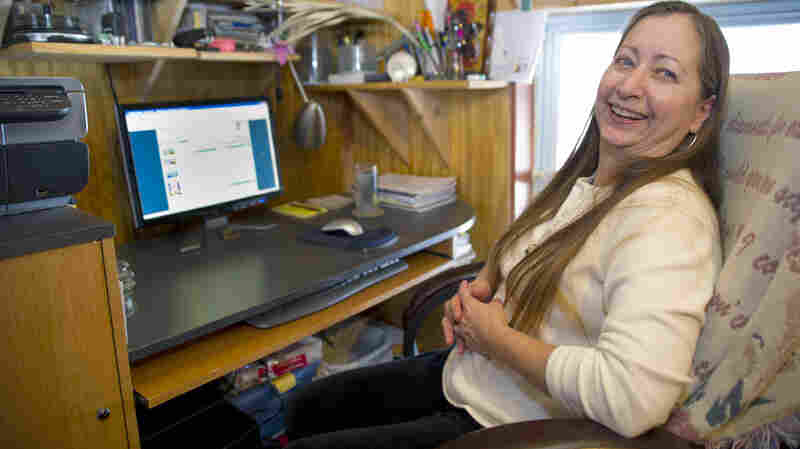 In much of America, the availability of online video is often frustrated by slow broadband speeds. In this 2011 photo, Valerie Houde waits for a dial-up Internet connection in East Burke, Vt. Andy Duback/AP hide caption

October 25, 2012 • There are more ways than ever to watch TV programs on the Internet, from Netflix and Amazon to Hulu. But many viewers discover that watching TV on the Web can be frustrating, as their favorite show might suddenly stop and stutter, the victim of a lack of bandwidth. 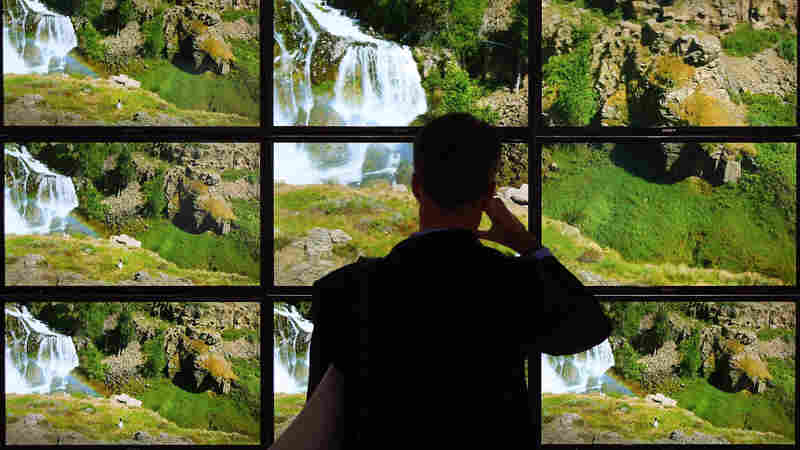 A visitor looks at a bank of TV screens at a consumer electronics show in Berlin. While TV and movies are available on many devices, consumers often struggle to find exactly what they want, television critic Eric Deggans says. Adam Berry/Getty Images hide caption

So Many Screens, And So Little Time To Watch

October 24, 2012 • While supersized TV screens have a proud place in many American homes, our viewing habits are changing. Even as DVRs and online services alter the meaning of "TV," phones, tablets and game devices crowd pockets and coffee tables, offering new chances to watch video.

So Many Screens, And So Little Time To Watch 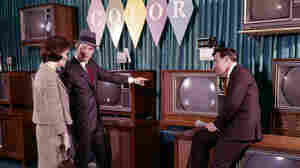 A couple talks to a salesman about buying a color TV set. Over the years, televisions have evolved to include color, high-definition and 3-D models. H. Armstrong Roberts/ClassicStock/Corbis hide caption

The TV Screen's Evolution, From 1880 To The Present

October 24, 2012 • Despite its status as a device that defines the modern age, the television has its roots in the 19th century, when radio pioneers suspected they could also transmit images. Even the word "television," combining Greek and Latin roots to mean "far-sight," stems from the 1900 world's fair. 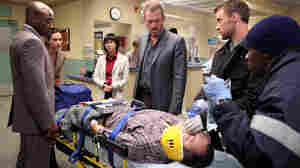 Despite having aired its final episode in May, the medical drama House lives on, in reruns and on digital services like Hulu, Netflix and Amazon Prime. But not every episode is available in all formats. Adam Taylor/AP hide caption

The Afterlife Of A TV Episode: It's Complicated

October 23, 2012 • These days, there are many ways to catch a TV show, even if it's no longer on the air. Often, the trick is finding out which service — Netflix, Hulu, Amazon Prime, etc. — has the episodes you want to watch. And if the show is in reruns, it can get complicated.

The Afterlife Of A TV Episode: It's Complicated 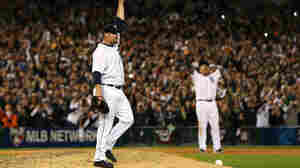 Phil Coke and Miguel Cabrera of the Detroit Tigers celebrate after beating the New York Yankees in the American League Championship Series. Through the power of modern technology, fans could experience the game even if they weren't in front of a television screen. Jonathan Daniel/Getty Images hide caption

For Sports Fans, A Plethora Of Platforms To Watch On

October 22, 2012 • TV is changing, and this week, Morning Edition is looking at the new technologies and new behaviors involved. NPR's David Greene talks to John Ourand of the Sports Business Journal about shakeups in the world of sports and the business of cable.

For Sports Fans, A Plethora Of Platforms To Watch On 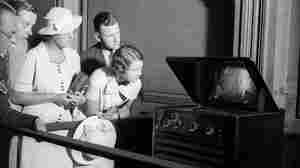 In 1936, a television drew a crowd at London's Waterloo station. Today, the crowd would have video screens in their pockets. Fox Photos/Getty Images hide caption

How We Watch What We Watch: The Future Of TV

October 21, 2012 • For years, television has been not just a device, but a style of programming. That's all changing now, as viewers make new demands about how we watch TV — and even what we consider to be "TV." A special series looks at where TV is heading, and how it's going to get there.

More from How We Watch What We Watch
Browse archive or search npr.org