Accessibility links
China: Change Or Crisis As it approaches a once-in-decade leadership transition, China's political system is facing a host of challenges — and showing signs of strain. 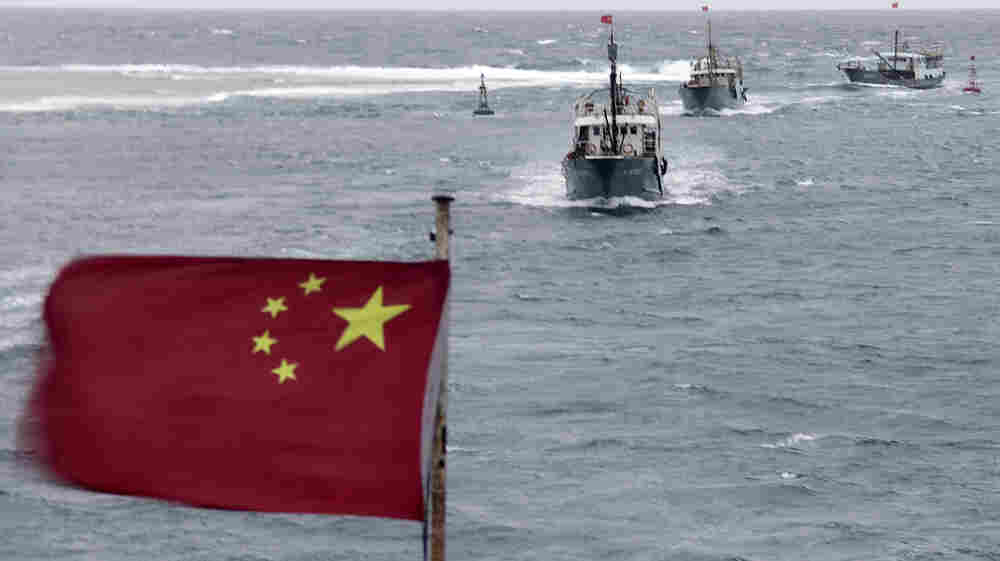 China is currently involved in several disputes with its neighbors over small islands, many of them uninhabited. Here, Chinese fishing boats sail off the island province of Hainan in the South China Sea in July. AP hide caption

November 2, 2012 • China's foreign policy has appeared increasingly assertive recently. What isn't clear is whether this is part of a coherent plan or just an outgrowth of China's increasing stature in Asia and beyond. 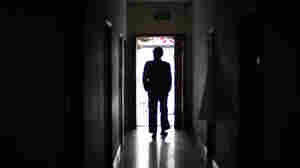 A man walks through a former unofficial, or "black," jail in Beijing, in 2009. It's estimated that thousands of Chinese lodging protests against the government are illegally detained in secret sites such as this one, even though the government says they don't exist. Elizabeth Dalziel/AP hide caption

November 1, 2012 • Something dark lies nestled inside a bucolic Shanghai park: a quaint cottage that is actually a secret detention center, known as a "black jail." Researchers say thousands of Chinese are detained each year in this draconian system of jails the state says doesn't exist. 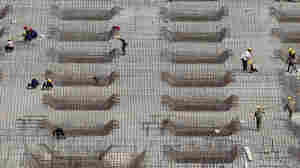 China's rapid expansion has been fueled in part by massive construction projects, like this one in Beijing, shown last year. But many economists say the Chinese economic model is unlikely to produce the same explosive growth in the coming years and needs to be revamped. Lintao Zhang/Getty Images hide caption

As Economy Slows, China Looks For A New Model

October 31, 2012 • China's economic growth has been spectacular for three decades. But now it's slowing and there's a growing debate about the need to revamp a system that's been built on major infrastructure projects at home and low-cost goods for export.

As Economy Slows, China Looks For A New Model 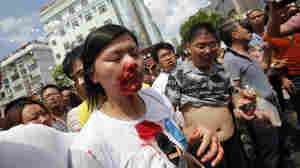 A bloodied woman is helped by demonstrators after clashes with police in a protest against an industrial waste pipeline in Qidong, Jiangsu province, on July 28. The Chinese government devotes enormous resources to suppressing dissent, but opposition to government policies is increasingly common. Carlos Barria/Reuters/Landov hide caption

October 30, 2012 • China spares no effort or expense to suppress individuals and groups that dare to raise grievances. From the government's perspective, this pervasive security system has maintained order. But is it undermining long-term stability? 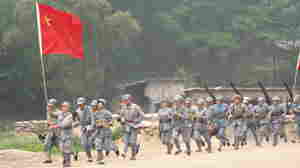 "The Defense of Yan'an" re-enacts a 1947 battle to protect Mao Zedong's Communist stronghold during the Chinese Civil War from the Nationalists, who fled to Taiwan. Louisa Lim/NPR hide caption

October 29, 2012 • As China approaches a once-in-a-decade leadership transition, fissures in the country's political system are deepening. A scandal involving a top official has left the party reeling, and calls for reforms are mounting steadily. Critics say the communists of today have become what they once opposed. 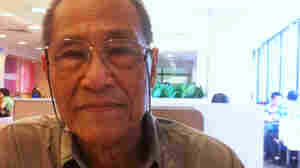 Once a top Communist Party figure, 79-year-old Bao Tong was kicked out after he sympathized with the student protesters in 1989. Louisa Lim/NPR hide caption

October 29, 2012 • Bao Tong was once a senior figure in the Communist Party. He was ousted and jailed for seven years after the Tiananmen Square events of 1989 and is still followed everywhere by security officers. But he doesn't hesitate to speak his mind, and is a scathing critic of the country's current leaders. 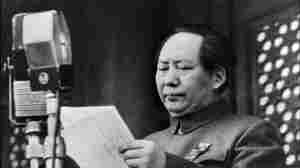 Mao Zedong proclaims the founding of the People's Republic of China in Beijing on Oct. 1, 1949. AFP/Getty Image hide caption

October 29, 2012 • Follow major points in the recent history of modern China's history, from the 1949 founding of the People's Republic of China to a recent political scandal that has rocked the ruling Communist Party.