Accessibility links
Chasing Down Polio Polio is on the ropes. Thanks to vigorous vaccination efforts around the world, there are only three countries left where polio is endemic: Nigeria, Afghanistan and Pakistan. NPR looks at how these nations are fighting to wipe out the virus, once and for all. 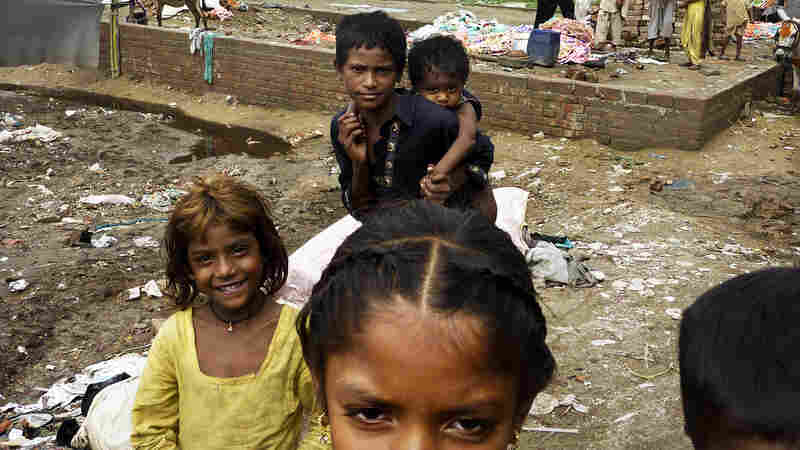 Children in a Lahore slum after heavy rains. The slum has a large population of Pashtuns who came from Pakistan's lawless tribal regions; many carry the polio virus with them. Jackie Northam/NPR hide caption

October 17, 2012 • Polio is deadly, but so is what's required to stamp it out once and for all in Pakistan: facing down Islamist extremists. The virus thrives in Pakistan's lawless — and largely inaccessible — tribal regions. To stop polio's spread, health workers must be courageous, clever and relentless. 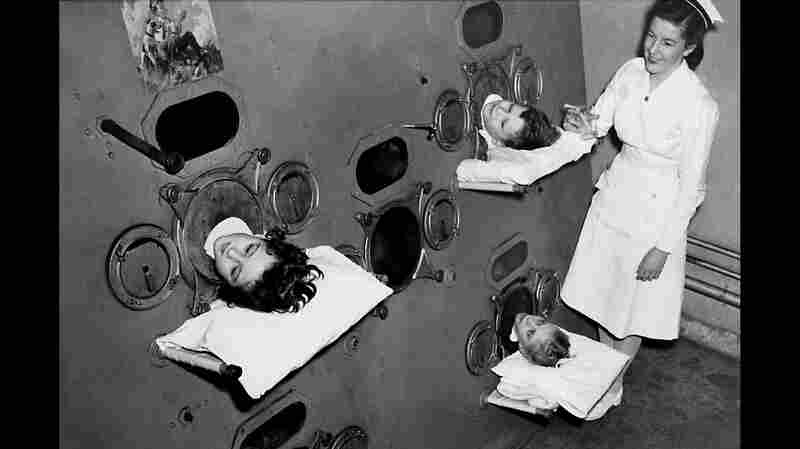 During the peak of the polio epidemic in the U.S., some hospital wards even had large, room-like iron lungs where multiple children lived. Courtesy of Boston Children's Hospital Archive hide caption

October 15, 2012 • During the early 20th century, polio killed thousands of American children each summer and paralyzed many more. Now, as the world fights to eradicate the virus globally, we look back at the development of the polio vaccine and its successful deployment around the world. 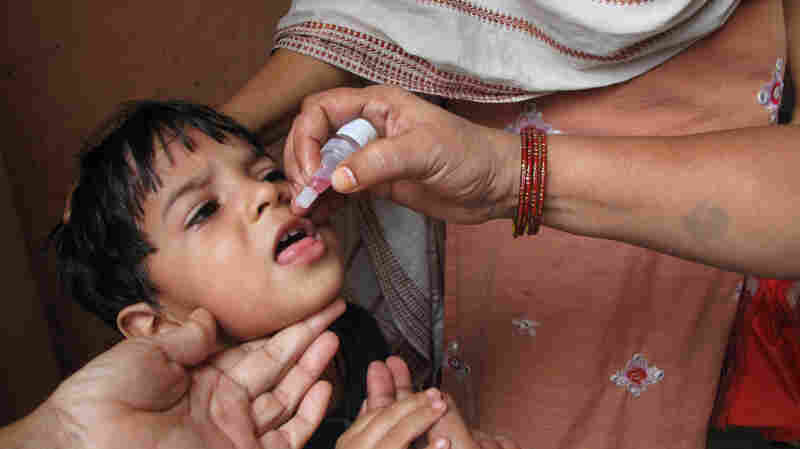 An Indian child receives the oral polio vaccine. Twice a year, an army of 2 million volunteers fans out across India to administer the vaccine. India has not reported a single case of polio in more than a year-and-a-half. Julie McCarthy/NPR hide caption

October 18, 2012 • Despite poverty and poor sanitation, the world's second-most populous country is eradicating polio, which has afflicted India for millennia. Health officials hope India's successful war plan against polio will serve as inspiration for its archrival, Pakistan, in its own fight against the disease. 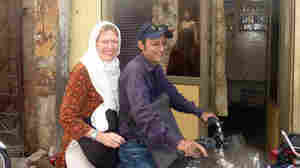 On The Road To Polio Eradication In Pakistan

September 21, 2012 • Pakistan is one of the last three countries to still have entrenched polio. To eradicate the virus, a group of "social mobilizers" travels to hard-hit slums to help overcome social and physical barriers to vaccination. 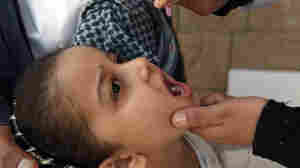 A Yemeni child receives a polio vaccine in the capital city of Sanaa. The Yemen government launched an immunization campaign last month in response to the polio outbreak in neighboring Somalia. Mohammed Huwais/AFP/Getty Images hide caption

July 20, 2013 • Somalia now has the dubious distinction of having the worst polio outbreak in the world. The country had been polio-free since 2007. If this outbreak gains a foothold, health workers fear it could spread into the Middle East. 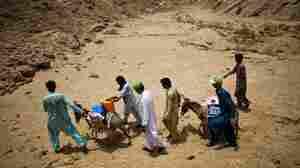 How Does The Polio Vaccine Reach A Remote Corner Of The World?

October 24, 2012 • We're right on the verge of wiping out polio globally. But to do that, children in remote regions of Pakistan and Afghanistan must be inoculated with the heat-sensitive vaccine — not once, but multiple times. Time to call in the donkeys. 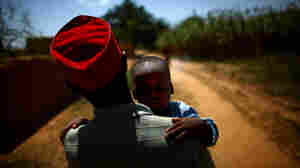 Ado Ibrahim carries his son Aminu through a village in northern Nigeria. Aminu was paralyzed by polio in August. David Gilkey/NPR hide caption

October 19, 2012 • Thanks to vigorous efforts to eradicate the poliovirus through vaccination, there are only three countries on the face of the earth where polio is still endemic. NPR reporters and editors hosted a chat on Twitter: #chasingpolio. 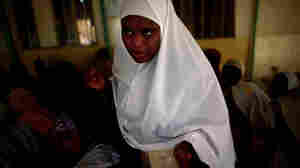 Sahya Idriss, a service provider at the health clinic in Minjibir, carries a vial of the polio vaccine. David Gilkey/NPR hide caption

October 16, 2012 • Northern Nigeria is the only region in the world where the number of polio cases is on the rise. International groups have poured money and volunteers into the area to combat the disease. But vaccinators face daunting challenges — from security threats like terrorist bombings to a lack of basic resources like electricity.