Accessibility links
Puerto Rico: A Disenchanted Island Popularly known as the "island of enchantment," Puerto Rico is grappling with a shattered economy and a swelling crime rate. In search of brighter shores, many Puerto Ricans are fleeing the island for the U.S. mainland. 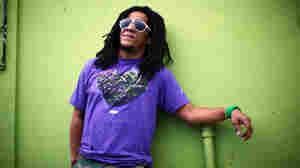 February 8, 2013 • The legendary rapper is responsible for some of Latin hip-hop's most danceable music. His lyrics also advocate for the Puerto Rican independence movement. 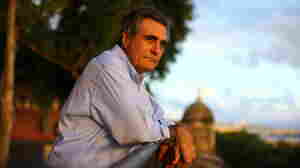 Luis Romero looks out over the ocean to a view that includes the Coast Guard station where his son, Julian, was in the auxiliary. Romero started the anti-violence organization Basta Ya after Julian was murdered. Coburn Dukehart/NPR hide caption

'Don't Give Up On Us': Puerto Ricans Wrestle With High Crime

February 7, 2013 • Puerto Rico's per capita murder rate is six times that of the U.S. as a whole. And with violence escalating, many residents are fleeing to the mainland. Still others hope to turn their home around.

'Don't Give Up On Us': Puerto Ricans Wrestle With High Crime 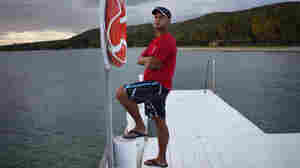 Edward Bonet, 23, lives in Cabo Rojo, Puerto Rico, and works on the dive team at the Copamarina Beach Resort & Spa in the town of Guanica. He lives with his grandmother, while his mother and sister live in Central Florida. Coburn Dukehart/NPR hide caption

February 6, 2013 • With the highest unemployment rate in the U.S. and a mountain of debt, the island is facing a declining population. But those who stay insist they're there for the long haul. 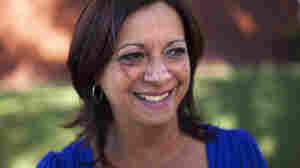 February 5, 2013 • Life in Puerto Rico is tougher than ever. The U.S. territory — popularly known as "the island of enchantment" — faces a decaying economy and escalating violent crime rate. Many residents are leaving the island in record numbers and embracing the mainland as home.