Accessibility links
The Sunday Conversation Each week, Weekend Edition Sunday host Rachel Martin brings listeners an unexpected side of the news by talking with someone personally affected by the stories making headlines. 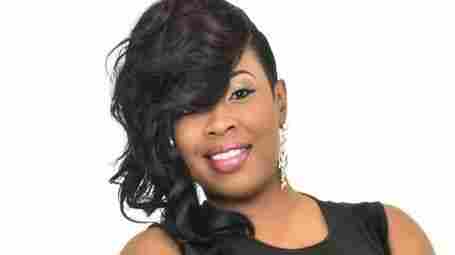 July 19, 2015 • DiShan Washington, former wife of a pastor, is a writer of what she calls "Christian erotica." She talks with NPR's Rachel Martin about trying to help Christians approach sex with a more open mind.

April 3, 2016 • Rachel Martin talks to Matt Sherman — who spent 13 years as a civilian working in Iraq and Afghanistan — about his deployment and readjustment to life in the United States. 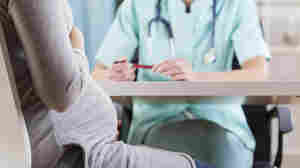 'How Could You Not Know You Were Pregnant?'

May 24, 2015 • Brittany Ohman got pregnant in high school, and didn't realize it till she went into labor in her freshman dorm. She talks with NPR's Rachel Martin about her surprise pregnancy and her son, James.

'How Could You Not Know You Were Pregnant?' 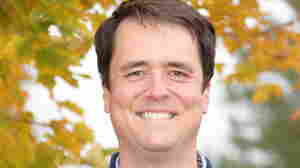 February 1, 2015 • John Dehlin may soon be kicked out of The Church of Jesus Christ of Latter-day Saints. He says he found some parts of the church's history "deeply disturbing." 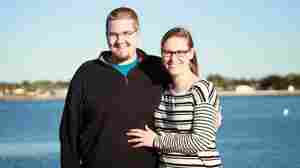 Attracted To Men, Pastor Feels Called To Marriage With A Woman

January 4, 2015 • Allan Edwards is attracted to men, but his faith conflicts with homosexuality, so he doesn't act on it or identify as gay. Instead, he's married, starting a family and staying true to his beliefs.

Attracted To Men, Pastor Feels Called To Marriage With A Woman 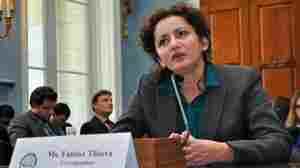 Fatima Tlisova is an investigative reporter from Russia's North Caucasus region. During the 11 years she worked as a reporter there, she says she was repeatedly threatened and attacked. BBG.gov hide caption

Kidnapped Russian Journalist: No One Is Paying Attention

August 17, 2014 • Fatima Tlisova is a reporter from the North Caucasus region, one of the world's most dangerous places for journalists. In 2005, she says, she was abducted and tortured.

Kidnapped Russian Journalist: No One Is Paying Attention 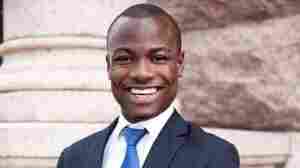 Vital Sounouvou is an African entrepreneur who founded Exportunity.com, a company to help promote trade in Africa. Courtesy of Vital Sounouvou hide caption

Entrepreneur Looks Beyond Africa's Problems To Focus On Solutions

August 10, 2014 • To promote global trade, Vital Sounouvou founded a company that connects producers with traders, allowing a farmer in Benin to sell products to a buyer in South Africa — with just a cellphone.

Entrepreneur Looks Beyond Africa's Problems To Focus On Solutions 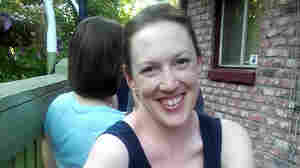 After two kids and her husband's bouts with cancer, Claire Shrout's family was wracked with debt. Instead of declaring bankruptcy, they worked themselves out of it and hope to be relatively debt free by spring. Courtesy of Claire Shrout hide caption

August 3, 2014 • Unexpected expenses and health issues sunk Claire Shrout and her family into frightening levels of debt. What she went through is familiar to a lot of Americans. 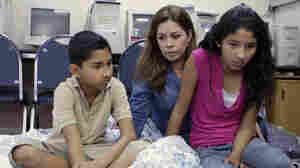 Nora Sandigo sits with Ronald Soza and his sister Cecia in 2009, while the children were on a hunger strike to protest the deportation of their mother. Sandigo is the legal guardian of the Soza children (now 15 and 18) — and 815 other American children of undocumented immigrants. Lynne Sladky/AP hide caption

One Woman, 817 Children: Caring For Kids Of Undocumented Parents

July 27, 2014 • Nora Sandigo is the legal guardian of hundreds of American-born children whose parents are here illegally. Without a guardian, they'd face foster homes or adoption if their parents are deported.

One Woman, 817 Children: Caring For Kids Of Undocumented Parents 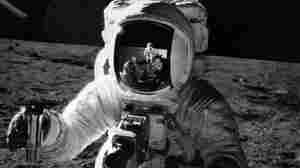 During the Apollo 12 mission, astronaut Alan Bean holds a container of lunar soil. The astronaut Charles "Pete" Conrad, who took the photograph, is reflected in Bean's faceshield. Bean says he used to think that in his lifetime, we'd build a base on the moon and start preparing to travel to Mars. Hulton Archive/Getty Images hide caption

July 20, 2014 • Forty-five years after man first walked on the moon, Alan Bean, who was part of the second lunar landing, talks to NPR's Arun Rath about his stormy launch and how he translates space travel into art. 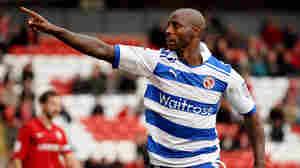 July 13, 2014 • Retired U.K. player Jason Roberts grew up facing racism on and off the pitch. More recently there have been efforts to combat discrimination, including at the World Cup, but he says it's not enough. 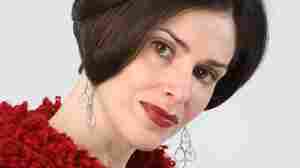 Fraidy Reiss was married to an abusive husband when she was 19 years old. After leaving her husband and the Ultra-Orthodox Jewish community she'd known all her life, she founded an organization to help other women escape their arranged marriages. Courtesy of Unchained For Life hide caption

June 15, 2014 • As an ultra-Orthodox Jew, Fraidy Reiss was married to an abusive man when she was 19 years old. Escape meant leaving more than just her husband behind. 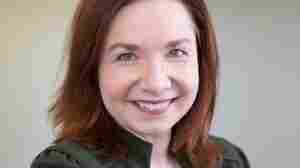 Katharine Hayhoe is an atmospheric scientist and the director of the Climate Science Center at Texas Tech University. She is also a devout Christian. Courtesy of Katharine Hayhoe hide caption

June 8, 2014 • Katharine Hayhoe is an atmospheric scientist and a devout Christian working to convince her fellow Christians that climate change is real. "God gave us the brains to make good choices," she says. 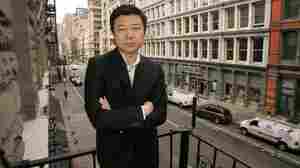 Shen Tong was a 20-year-old student in Beijing during the Tiananmen Square massacre. Courtesy of Teresa Lin hide caption

June 1, 2014 • Shen Tong was a 20-year-old biology student and an activist in Tiananmen Square 25 years ago when the government used deadly force to crush the massive protests. 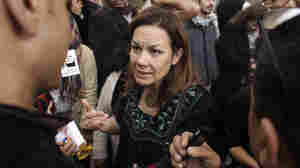 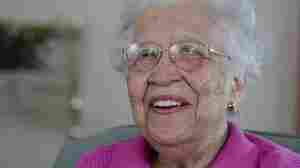 May 18, 2014 • In 1966, Hortense McClinton became the first black professor hired by the University of North Carolina. She says in some ways, things are better since Brown v. Board — but in some ways, they aren't. 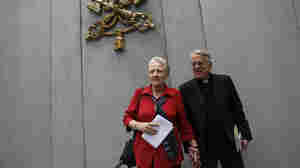 Marie Collins (left) and Vatican spokesman father Federico Lombardi leave at the end of a press conference at the Vatican on May 3, 2014. Collins, a clergy abuse survivor, was chosen as a member of Pope Francis' abuse advisory board. Riccardo De Luca/AP hide caption

May 11, 2014 • In 1960, an Irish priest sexually abused Marie Collins. Now Pope Francis has named her to a Vatican panel on the church pedophilia crisis. 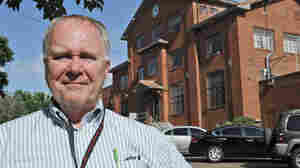 A Window To Executions: How To Cover Death For A Living

May 4, 2014 • Michael Graczyk has been witnessing and writing about executions in Texas for 30 years as a criminal justice reporter for The Associated Press. One challenge, he says, is not falling into a formula.

A Window To Executions: How To Cover Death For A Living 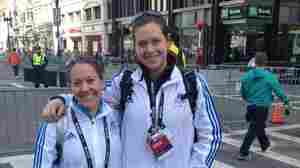 Amelia Nelson (right) and her friend Kristy were volunteers at the 2013 Boston Marathon when the bombings happened. Courtesy of Amelia Nelson hide caption

A Witness To The Bombing, A Nurse Returns To Boston As A Runner

April 20, 2014 • Amelia Nelson was a volunteer nurse at the finish line of last year's Boston Marathon when the bombs went off. This year, she's back, and running for those who no longer can.

A Witness To The Bombing, A Nurse Returns To Boston As A Runner 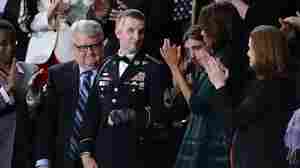 April 13, 2014 • Craig Remsburg's son, Army Ranger Cory Remsburg, was serving in Afghanistan when he was wounded by a roadside bomb in 2009. Since then it has been the family's mission to get Cory back to health. 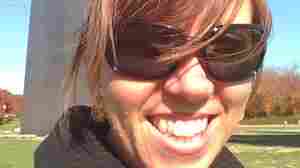 In an 2012 op-ed published in Amherst's student newspaper, former student Angie Epifano wrote about being sexually assaulted and the response she received from the school. Marshall Petty hide caption

April 6, 2014 • Angie Epifano was studying at Amherst College when she says she was raped by another student. Frustrated by the school's response, she dropped out and became an advocate for survivors. 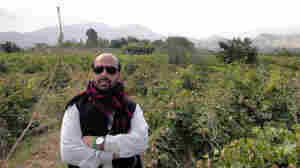 Bilal Sarwary is an Afghan journalist working in Afghanistan for the BBC. Courtesy of Bilal Sarwary hide caption

March 30, 2014 • As a journalist in Kabul, Bilal Sarwary often covers horrifying attacks that leave civilians dead. There was another attack last week, but this one was different — and it shook him to the core. 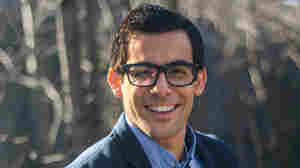 Yousef Bashir was 11 years old when Israeli soldiers took over his home in Gaza. When he was 15, he was shot by an Israeli soldier. Courtesy of Oneboydesign hide caption

March 16, 2014 • Yousef Bashir was 15 when he was shot in the back during the Israeli occupation of Gaza. He is now a student in the U.S. and hopes one day he'll become a diplomat and return home.