Fight For Homs Fades From Headlines As War In Syria Rages

June 3, 2013 • The civil war in Syria is expected to become the focus of peace negotiations in the coming weeks. The city of Homs became famous early in the conflict. While not as many reports are being filed from there, the fighting between rebels and government troops continues.

Fight For Homs Fades From Headlines As War In Syria Rages 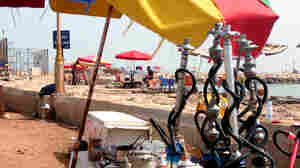 The port city of Tartous is in a region loyal to President Bashar Assad. The city has been a refuge for supporters to vacation and seek work. Steve Inskeep/NPR hide caption

June 2, 2013 • In Syria, the port city of Tartous is fiercely loyal to President Bashar Assad. It's where many of his supporters, as well as Syrian soldiers, go for vacation. So far about 300,000 Syrians have also fled to the city looking for work and refuge from fighting in cities like Damascus and Qusair. 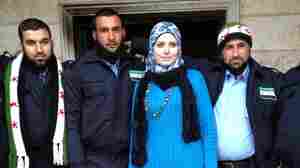 April 9, 2013 • The war in Syria has torn families apart and driven millions out of the country, but it has also transformed some Syrians as they take on roles they never imagined. A 26-year-old woman from Homs has put her dream of teaching English literature on hold as she works with the opposition. 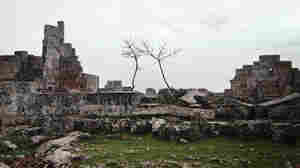 The Syrian "Dead City" of Shanshrah, in northern Idlib province. A U.N. World Heritage site, the Dead Cities of northern Syria date back to the first to fifth centuries. Kelly McEvers/NPR hide caption

March 8, 2013 • Millions of Syrians who have fled their homes are finding refuge in unimaginable places. In the northern province of Idlib, displaced Syrians have found shelter in ancient archaeological ruins that until recently were frozen in time. In some cases, the living share space with the dead. 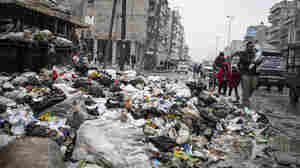 January 16, 2013 • The situation is dire for hundreds of thousands of Syrian refugees seeking shelter outside the nation's borders, but inside, the numbers are even higher. NPR's Kelly McEvers spent the night in one school, one of thousands, where families are taking cover from the shelling and fighting. 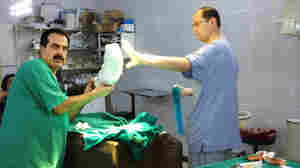 Local Syrian doctors prepare to treat a patient in a field hospital in Aldana, Syria, near the Turkish border. Each day, local and expatriate doctors take big risks to treat the wounded in rebel-held areas. Deborah Amos/NPR hide caption

October 1, 2012 • The Syrian American Medical Society is quietly providing aid inside the embattled country. Some doctors see a series of "relatively safe" towns along the Turkish border as a place to begin rebuilding Syria's decimated health care system.