Accessibility links
The $1,000 Genome The price tag for decoding someone's entire genetic blueprint is plummeting, prompting more and more people to get a complete read-out of their genes. The results may help with diagnosis and treatment, but also raise questions about privacy, genetic discrimination and how much we really want to know about our genes. 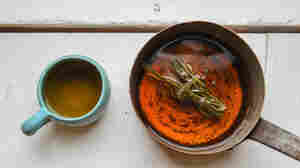 A freshly brewed cup of Navajo tea. This beverage is caffeine-free and tastes earthy and grassy. Ada Cowan hide caption

August 29, 2017 • Some Navajo are trying to bring back their traditional food culture, including drinking Navajo "tea." It's brewed with a plant called greenthread that thrives in the mid-summer heat of the Southwest. 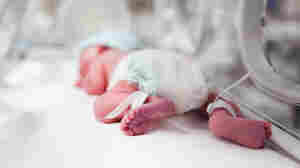 By sequencing a newborn's genome, doctors could screen for more genetic conditions. But parents could be confronted with confusing or ambiguous data about their baby's health. iStockphoto.com hide caption

December 3, 2012 • Technology now exists that makes it possible for doctors to decipher the entire genetic code of a newborn. Should it be done? What about fetuses in the womb? That's now a possibility, and it's stirring intense debate. 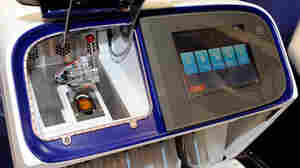 October 2, 2012 • The prospect of lots of people plunging into their genomes makes many doctors very nervous. Some argue that for most people, genome sequencing could reveal false positives and be a big waste of time and money. 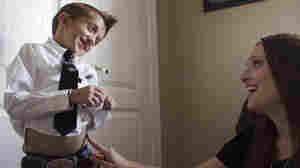 Sara Terry and her son, Christian, in Spring, Texas. After sequencing Christian's genome, doctors were able to diagnose him with a Noonan-like syndrome. Eric Kayne for NPR hide caption

September 25, 2012 • Doctors used genome sequencing to put a name to the mysterious cluster of symptoms that afflicted Christian Terry, 5. He's one of many patients now getting the test, which can cost as little as $1,000, to resolve undiagnosed illnesses. Doctors are also using it to sequence cancer and target treatment at the precise genetic mutations in a tumor. 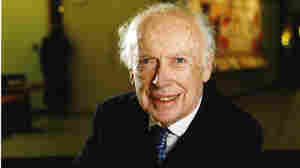 Watson, now 84, says sequencing helped explain his past sensitivity to certain drugs. But he didn't want to know everything his sequenced genome revealed about his health future. Courtesy of Cold Spring Harbor Laboratory hide caption

Scientists See Upside And Downside Of Sequencing Their Own Genes

September 19, 2012 • Prominent geneticists are getting their own genomes decoded, revealing the benefits and risks.

Scientists See Upside And Downside Of Sequencing Their Own Genes