Accessibility links
Millennials and The Changing Car Culture Studies show that teenagers are driving less, getting their licenses later and waiting longer to purchase their first new car. For young people, cars do not represent the kind of freedom they once did. Instead, technology gives them the freedom to get around. 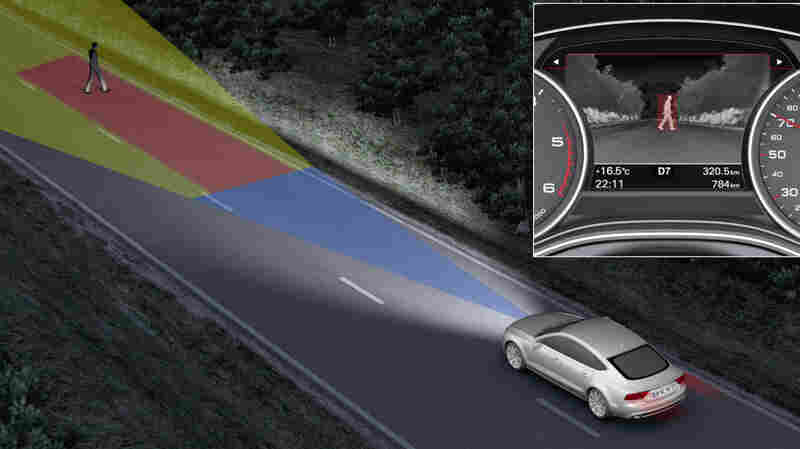 Audi's night vision assistant, an example of how car companies are making cars that are part of drivers' digital lives. Courtesy of Audi hide caption

August 29, 2013 • Automakers have set up shop in Silicon Valley to tap into the digital world as a way to lure younger drivers. They're looking outside the industry to learn how to make cars an extension of all the services millennials already love. 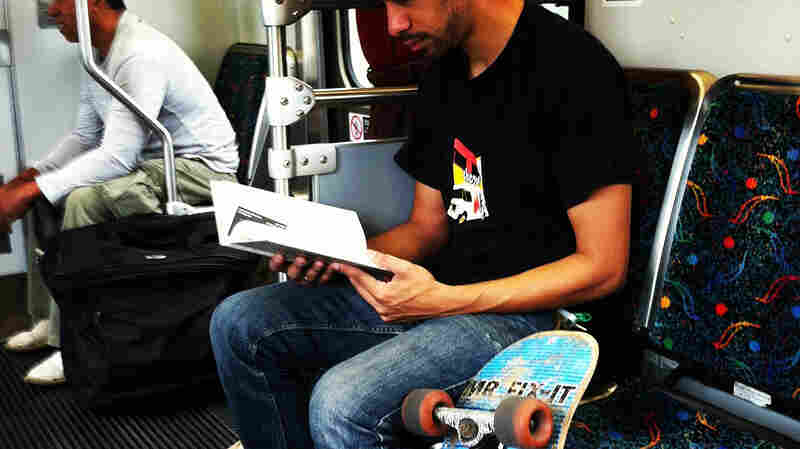 Zach Brown's preferred mode of transportation is his skateboard. Brown, 27, is an artist and actor who doesn't own a car. Courtesy of Zach Brown hide caption

August 21, 2013 • The Internet and file sharing have transformed how young people think about possessing music, art, books — even cars. As the millennial generation questions ownership of nearly everything, they are opting to spend money on experiences. And car companies are left scratching their heads. 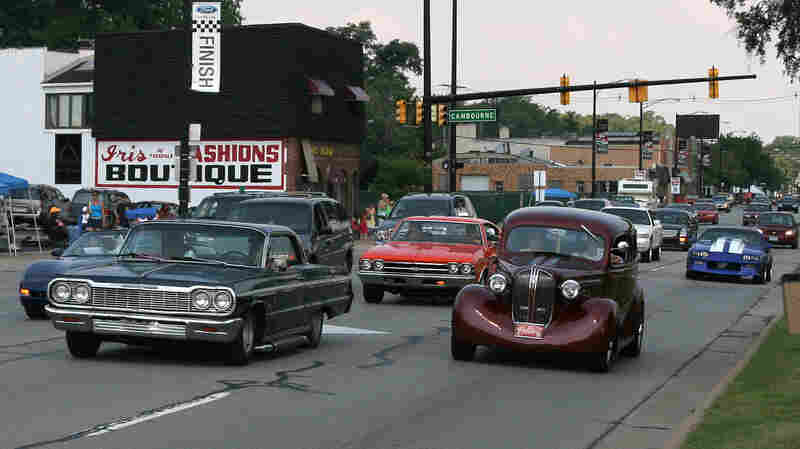 Classic cars of all makes and models drive the 16-mile stretch along Woodward Avenue during the annual Dream Cruise in 2009 in Ferndale, Mich. During the annual event, the glory days of car culture return, if only for a day. Jerry S. Mendoza/AP hide caption

Cars In America: Is The Love Story Over?

August 18, 2013 • America once had a love affair with the automobile. But a new study shows just how much air has been let out of those tires, and the millennial generation seems to be ambivalent toward owning cars or even acquiring driver's licenses.

Cars In America: Is The Love Story Over?

September 6, 2013 • There's been a sort of collective freak-out in the auto industry about millennials and their waning interest in cars. Our series, reporting on the changing relationship between youth culture and the automobile, draws to a close. 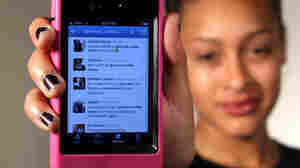 August 15, 2013 • Need a ride to the party or the concert? Instead of making endless phone calls, these days teens turn to social media to arrange transportation. It's called ridesharing, a form of cyber-hitchhiking used by a generation that isn't rushing to get a driver's license or dream car. 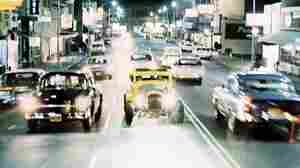 To teens today, cars aren't important in the same way they were in American Graffiti, the 1973 film directed by George Lucas. Lucasfilm/Coppola Co/Universal hide caption

August 9, 2013 • When you're a teenager, there are many things you desperately want to find: friends, fun, a future, freedom. In American Graffiti, the iconic movie about teenagers set in 1962, the kids find all of that just by getting in their cars. But today, teens say they don't see cars the same way.