Accessibility links
The U.S. Response To Syria The White House says there is "compelling" evidence that Syrian President Bashar Assad's regime used chemical weapons against its own people on Aug. 21, 2013, killing 1,429 people. Having called chemical weapons use a "red line," the U.S. is considering a military strike. 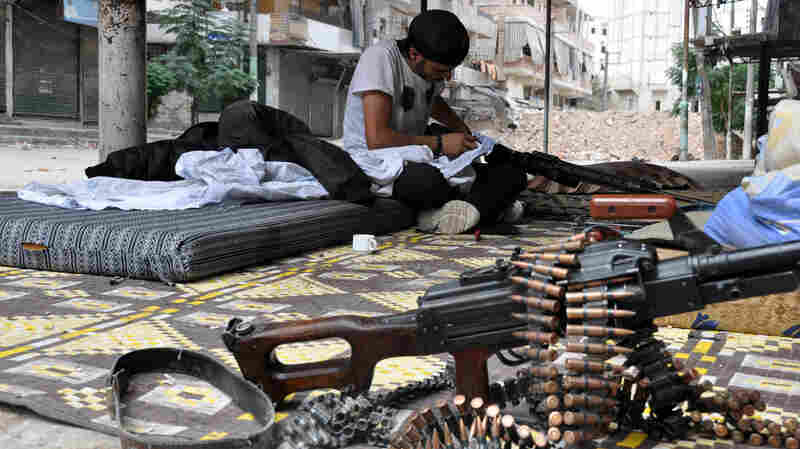 A rebel fighter cleans his weapon in the northern Syrian city of Aleppo Friday. Syria's civil war continues, even as the country follows a schedule of releasing information on its chemical weapons program. AFP/AFP/Getty Images hide caption

September 21, 2013 • Syria has delivered data about its arsenal of chemical weapons, meeting a deadline set by the U.S. and Russia a week ago. But the country's civil war is continuing. 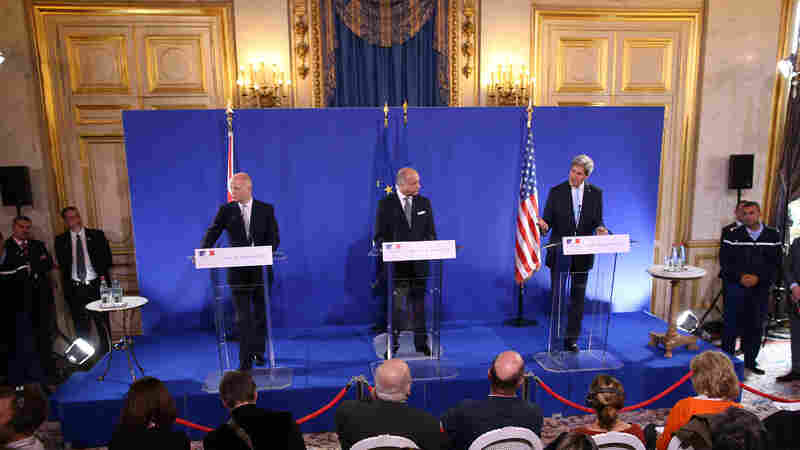 September 16, 2013 • The U.S.-Russia plan to rid Syria of chemical weapons by next summer faces many hurdles and includes "unrealistic" deadlines, says former U.N. weapons inspector David Kay, who previously has worked on efforts to find chemical weapons in Iraq. 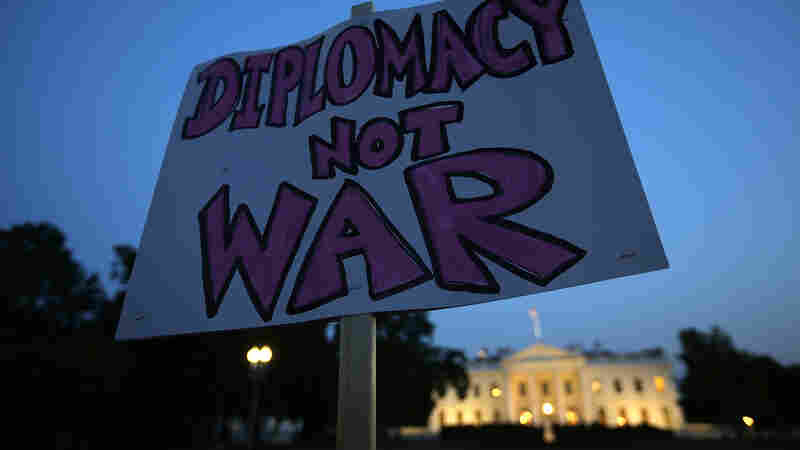 Protesters gather outside the White House on Tuesday before President Obama addressed the nation about the situation in Syria. Obama said he was asking Congress to delay authorizing a strike on Syria to allow a diplomatic plan to work. Win McNamee/Getty Images hide caption

After Faltering Weeks For Obama, What Counts Is Winning

September 15, 2013 • The deal to dispose of Syria's chemical weapons stocks came after weeks in which Obama and his administration kept changing course in response to roadblocks. Other presidents have improvised their way through foreign policy crises, but past generations weren't able to follow along in real time. 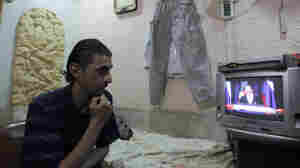 The Syrian regime calls a new deal on its chemical weapons a victory, in a reaction that came one day after the U.S. and Russia announced the plan. On Saturday, live coverage of the the deal drew the attention of a Damascus flower shop owner. Anwar Amro/AFP/Getty Images hide caption

September 15, 2013 • Syria's rebels are criticizing a plan to destroy the country's chemical weapons, saying it doesn't punish President Bashar Assad. The Syrian regime's first public reaction to the U.S.-Russia deal came Sunday, when a minister called it a "victory." 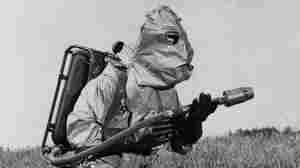 Breaking Down Chemical Weapons, One Fact At A Time

September 14, 2013 • As the U.S. and Russia announce a deal to dismantle Syria's chemical weapons program, we take a step back to look at where the weapons came from, what they're made of and how to get rid of them.

Breaking Down Chemical Weapons, One Fact At A Time 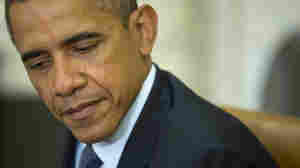 President Obama's speeches about Syria have at times seemed to reveal his own internal struggle on the topic. Pablo Martinez Monsivais/AP hide caption

September 14, 2013 • President Obama's approach to Syria has taken a number of surprising twists and turns in the weeks since a poison gas attack in August. A surprise agreement between Russia and the U.S. on a timetable for destroying Syria's weapons is the latest in what appears at times to be an unscripted drama. 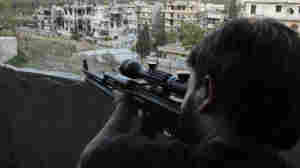 A Free Syrian Army fighter looks through the scope of his sniper rifle at an area controlled by forces loyal to President Bashar Assad in Aleppo. Reuters/Landov hide caption

As Talks Continue, CIA Gets Some Weapons To Syrian Rebels

September 13, 2013 • Although a Free Syrian Army commander has said his fighters haven't yet gotten any "lethal aid" from the U.S., sources tell NPR that some small arms are being delivered to "moderate" rebels. Meanwhile, U.S. and Russian diplomats report progress in their discussions.

On 'Morning Edition': NPR's Tom Bowman talks with host Steve Inskeep about the crisis in Syria 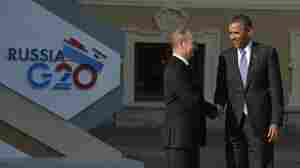 September 12, 2013 • Vladimir Putin took a deliberate jab at President Obama, just when the two nations are attempting to make a deal on Syria. Putin is not only seeking to have the upper hand in U.S.-Russia relations but to teach Obama a lesson. 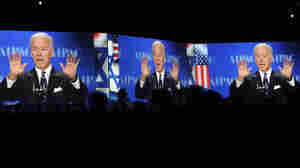 September 12, 2013 • AIPAC has blanketed Capitol Hill with lobbyists trying to convince Congress to authorize a military strike against Syria. But despite its close ties with many lawmakers, the lobby has had little success. 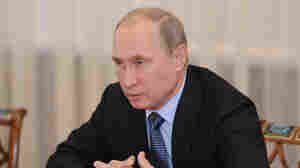 September 11, 2013 • In an op-ed in The New York Times on Wednesday night, Russian President Vladimir Putin made an unusual and direct appeal to the American people to reject President Obama's calls for possible use of force against Syria. He countered many of the arguments Obama made 24 hours earlier in a speech to the nation.

Can The U.N. Security Council Produce A Syria Solution?

Can The U.N. Security Council Produce A Syria Solution?

Kerry's Syria Switch May Not Have Been Offhanded After All

September 11, 2013 • Robert Siegel talks with Peter Nicholas, White House reporter for The Wall Street Journal, about the chain of events that led to a U.S.-backed Russian plan to have Syria hand over its chemical weapons.

Kerry's Syria Switch May Not Have Been Offhanded After All 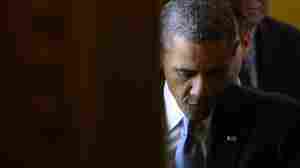 President Obama walks out of a meeting with the Senate Democratic Caucus at the Capitol on Tuesday. Michael Reynolds/EPA /LANDOV hide caption

September 11, 2013 • Despite the president's Syria speech, the path to congressional authorization of military strikes in Syria is no easier than before. The timing of when, or even if, Congress will hold votes is now an open question. 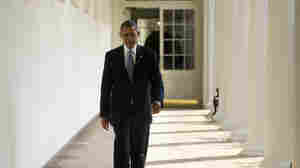 Obama's Shift On Syria: A Show Of Strength Or Fear?

September 11, 2013 • In the face of congressional and popular resistance to his call for retaliation against Syria, the president had a conversion on the missile flight path to Damascus. But what constitutes presidential wisdom and strength in today's global politics? It may have less to do with traditional notions of strength and more to do with vision and adaptability. 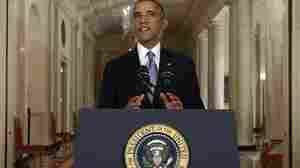 President Obama addresses the nation in a live televised speech from the East Room of the White House on Tuesday. Evan Vucci/Pool/Getty Images hide caption

September 10, 2013 • The president framed the need to take punitive action against Syria in a historical and moral context. But in a tacit acknowledgment of public and congressional resistance, he said he was postponing further military and political action while pursuing newfound diplomatic openings. 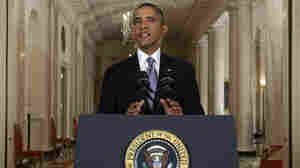 President Obama addresses the nation in a live televised speech from the East Room of the White House on Tuesday. Pool/Getty Images hide caption

September 10, 2013 • In making the case for a military strike against Syria, Obama also acknowledged that a Russian plan to avoid a strike was "encouraging."

September 10, 2013 • President Obama, scheduled to address the nation from the White House on Tuesday evening, trekked to the Capitol in the afternoon to address the Democratic and Republican Senate luncheons.

Sen. Casey: Military Force Should Still Be An Option In Syria

Sen. Casey: Military Force Should Still Be An Option In Syria

What Are Russia's Motives In Syria Negotiations?

What Are Russia's Motives In Syria Negotiations?

September 10, 2013 • President Obama is scheduled to address the nation on Tuesday night about the situation in Syria and the U.S. role in the face of a chemical attack. So far, he's made little headway persuading the American people and Congress that the U.S. needs to act.

Getting Rid Of Syria's Chemical Weapons Would Be Difficult

September 10, 2013 • Robert Siegel talks with Amy Smithson, senior fellow at the James Martin Center for Nonproliferation Studies, about the challenges of locating and removing chemical weapons in Syria.

Getting Rid Of Syria's Chemical Weapons Would Be Difficult

September 10, 2013 • The U.S. and its allies await details of Russia's proposal to place Syria's chemical weapons arsenal under UN supervision. Meanwhile, senior Obama administration officials are continuing to press for congressional approval of a potential military strike against the Bashar al-Assad regime for its alleged use of chemical weapons in August. 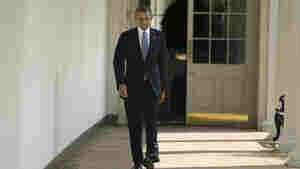 September 10, 2013 • The president's prime-time speech Tuesday is probably his last, best chance to win support for his plan to launch a military strike against Syria. 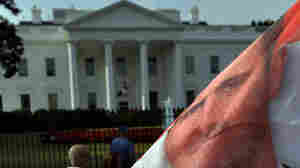 In Washington, D.C., this week, there have been demonstrations both in favor of and against a military strike on targets in Syria. Outside the White House on Monday, supporters of Syrian President Bashar Assad waved a Syrian flag with his face on it. Jewel Samad/AFP/Getty Images hide caption

Breakthrough? Syria Hints It Might Give Up Chemical Weapons

September 10, 2013 • Russia has suggested Assad hand over his WMDs. France is drawing up a resolution to bring before the U.N. Security Council. The Obama administration says it's willing to work with those and other nations on such a plan. But the White House also says it can't let up the pressure on Assad.

Russia Calls On Syria To Give Up Chemical Weapons

September 9, 2013 • Secretary of State John Kerry says there is one thing Bashar al-Assad's government can do to avoid a punitive U.S. air strike — turn over Syria's chemical weapons stockpile to international control. Russia's foreign minister picked up on the idea, perhaps calling Kerry's bluff, and made the proposal to Syria's foreign minister who happens to be visiting Moscow. Lavrov says he expects a positive response and soon.

Russia Calls On Syria To Give Up Chemical Weapons