Accessibility links
The Sharing Economy: A Shift Away From Ownership? Our Internet-connected world makes it easy for anyone to become an entrepreneur by offering up an unused resource for sale or rent, be it an empty bedroom, a parked car, or a skill. How much of an impact is this culture having on our economy? 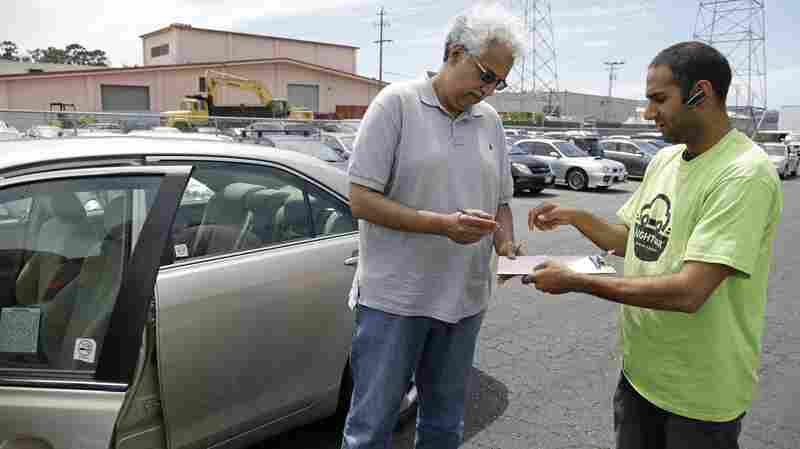 A man picks up a rental car in in Burlingame, Calif., near San Francisco International Airport this summer. The car was left with the FlightCar company by a traveler who then flew out of the airport. Eric Risberg/AP hide caption

Travelers Rent Their Cars Out At Airports, In A New Business Model

November 14, 2013 • At a few U.S. airports, travelers have a new option besides paying for long-term parking or finding a ride. A service named FlightCar allows them to leave their car in the company's lot — and rent it out while they're away. 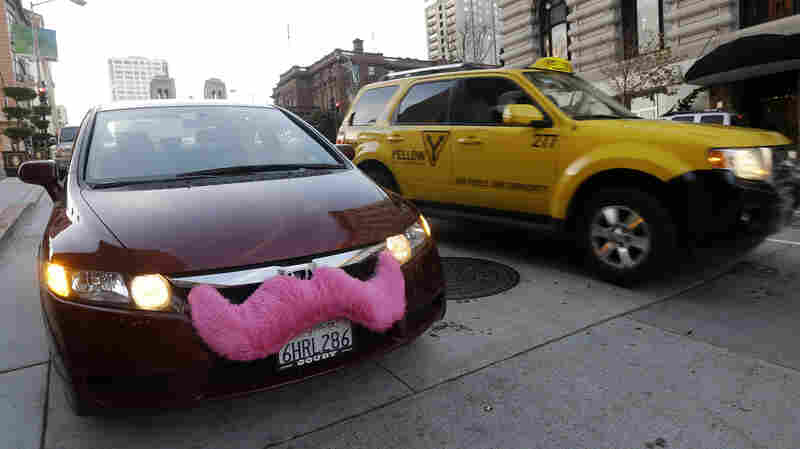 A Lyft driver in San Francisco drops off a passenger as a taxi passes by. The smartphone app lets city dwellers hitch rides from strangers. Jeff Chiu/AP hide caption

November 14, 2013 • Services where regular people use their cars to take passengers to their destinations have found a foothold in the smartphone age. And for many participating in this sharing economy, the appeal is in more than just the cost savings or convenience. 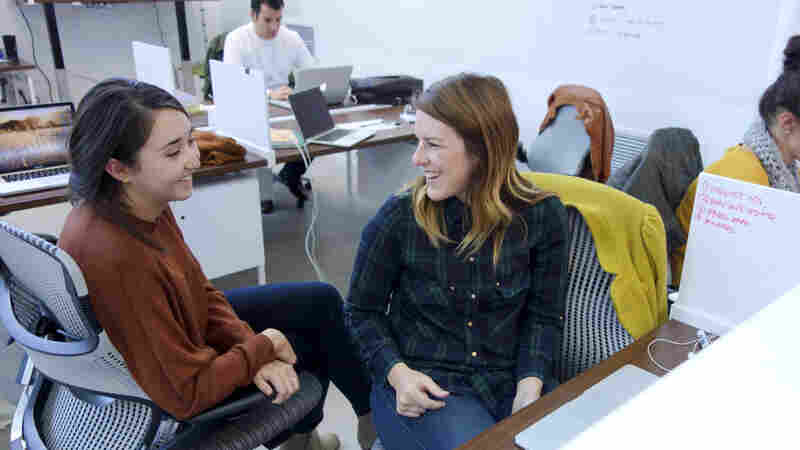 November 14, 2013 • The sharing economy is already changing several sectors: housing, transportation, retail. In some cities, it's changing the way we work. As more people start their own enterprises, they're shunning traditional offices and choosing to share space instead. 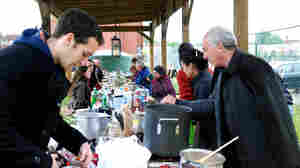 November 13, 2013 • More and more people have started using the Internet to rent out their underused personal assets — apartments, cars, their spare time — to earn extra cash. The peer-to-peer economy is exploding, made possible by technology. 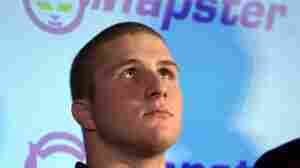 Napster founder Shawn Fanning in February 2001, after a ruling that the free Internet-based service must stop allowing copyrighted material to be shared. Paul Sakuma/AP hide caption

November 11, 2013 • Perhaps no company showed how the Internet could turn sharing into a global phenomenon more than Napster. The music-sharing site upended the record industry. But the industry ultimately survived and free-music Napster did not. What are new businesses doing to avoid the same fate? 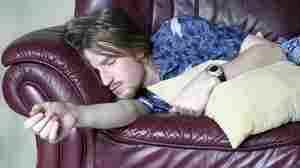 Renting out your couches — or your entire place — is powered by San Francisco–based Airbnb, which has now connected more than half a million willing hosts and travelers in more than 34,000 cities. iStockphoto.com hide caption

November 11, 2013 • From renting lightly used gowns to assembling Ikea furniture, things or tasks can now easily be rented or outsourced. Fast Company writer Danielle Sacks discusses the implications of the sharing economy and where it goes from here. 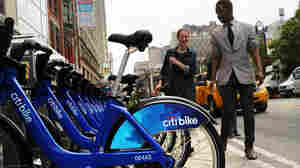 Citi Bike is the bike sharing program that launched this May in New York City. Bike sharing is part of the sharing economy. Spencer Platt/Getty Images hide caption

November 11, 2013 • Why buy a bike, car or vacation home when you can share them? The shift from ownership to access is powering the sharing economy. What do you want to learn about the world of collaborative consumption?

More from The Sharing Economy: A Shift Away From Ownership?
Browse archive or search npr.org