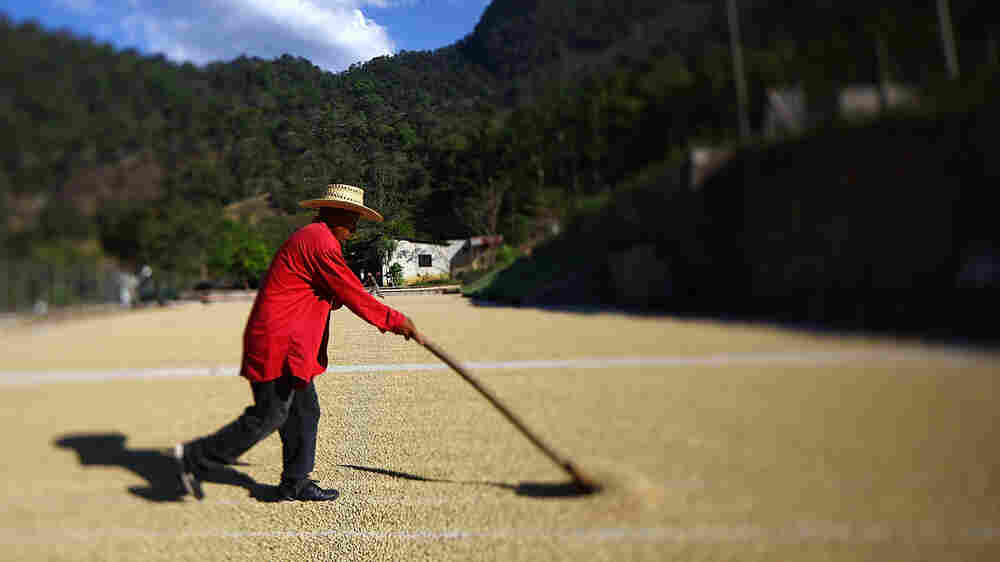 Coffee beans are raked to dry in the sun in western Guatemala. David Gilkey/NPR hide caption

April 23, 2013 • That tasty cup of java from your favorite gourmet coffee shop began life on a farm thousands of miles away. Farmers who cater to the specialty coffee market compete on quality. And some use the higher prices their beans fetch to reinvest in their businesses and improve conditions for workers. 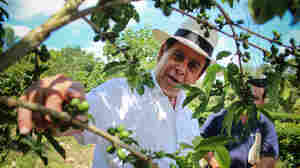 Eduardo Somarriba is a researcher at the Center for Tropical Agricultural Research and Education in Turrialba, Costa Rica. Dan Charles/NPR hide caption

April 26, 2013 • Today's commercial coffee production is based on only a tiny slice of the genetic varieties that have grown since prehistoric times. And that's a problem, because it leaves the world's coffee supply vulnerable to shocks like climate change, or the leaf rust currently ravaging Latin American coffee farms. 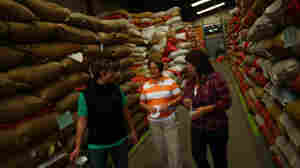 April 25, 2013 • From handpicking to sorting, it's women's hands that take on much of the labor involved in producing coffee around the world. New initiatives are empowering women to reap more of the financial rewards. 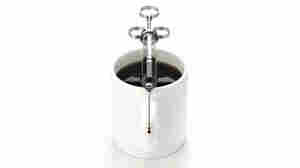 April 26, 2013 • Historians tell us that caffeine in coffee helped Western civilization "sober up" and get down to business. Now scientific research shows that at low doses, caffeine improves performance on mental tasks, especially in people who are already tired. 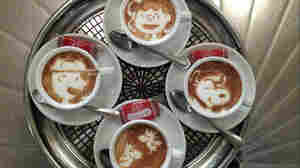 April 25, 2013 • You think clovers and hearts are impressive? Wait till you get a load of these Japanese latte drawings. A culture that values the beauty of the ephemeral has brought us a new level of art in foam. 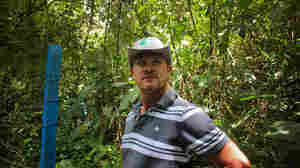 April 24, 2013 • It doesn't take much effort to find bags of coffee with labels that promise social and environmental improvements. But each one of these certification programs promises something different for the farmer and the land — and every promise involves some compromises. 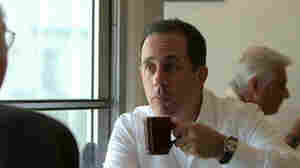 April 26, 2013 • After years of not understanding coffee, Jerry Seinfeld says he's finally discovered the delight of meeting someone over a cup. "You have coffee and for some reason it makes you talk a lot," he says. 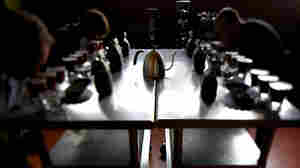 April 22, 2013 • Gas may fuel factories and automobiles, but many humans run on coffee. All this week, we're exploring the world of coffee. Test your knowledge of this vital brew with our coffee quiz. 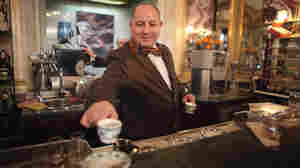 April 25, 2013 • About a century ago, a beautiful tradition emerged in the Italian city of Naples: Cafe-goers would buy a cup of coffee anonymously and in advance for a less-fortunate stranger. With much of Europe now in tight financial times, the custom is spreading across the continent. 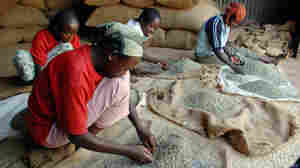 Workers separate beans in the coffee warehouse in Yirgacheffe, Ethiopia. Coffee originated in Ethiopia, but now grows in more then 50 countries around the world. Michael Tsegaye/Bloomberg via Getty Images hide caption

April 22, 2013 • Coffee is social stimulant, solitary pleasure, intellectual catalyst. It also connects us to far corners of the globe. From small specialty farms in Guatemala to large, industrial operations in Brazil and unexpected corners of the world, like Vietnam, the world's morning cup of joe makes quite a journey. 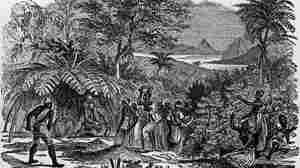 April 24, 2013 • Once people figured out how to roast the seeds of the Coffea plant in the 1400s, coffee took over the world. In doing so, it fueled creativity, revolutions, new business ventures, literature, music — and slavery. 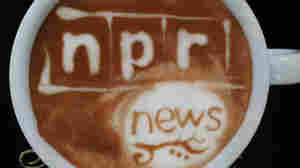 April 26, 2013 • All this week on The Salt and on Morning Edition, we've explored the stories behind your ritual cup of joe. Watch archived video of our Coffee Week conversation in our first Google+ Hangout. 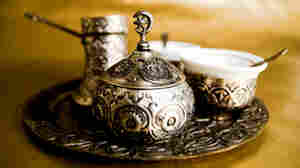 Don't Call It 'Turkish' Coffee, Unless, Of Course, It Is

April 27, 2013 • Throughout the region that was once the Ottoman empire, people make coffee pretty much the same way: using coffee beans ground into a fine powder, then boiled in a little brass pot. But ordering "Turkish" coffee today doesn't go over well in some Balkan or eastern Mediterranean countries that have some lingering anti-Turkish feelings.