Accessibility links
My Big Break These stories are about triumphs, both big and small. All Things Considered is pinpointing those life-changing moments when people leap forward in their careers. 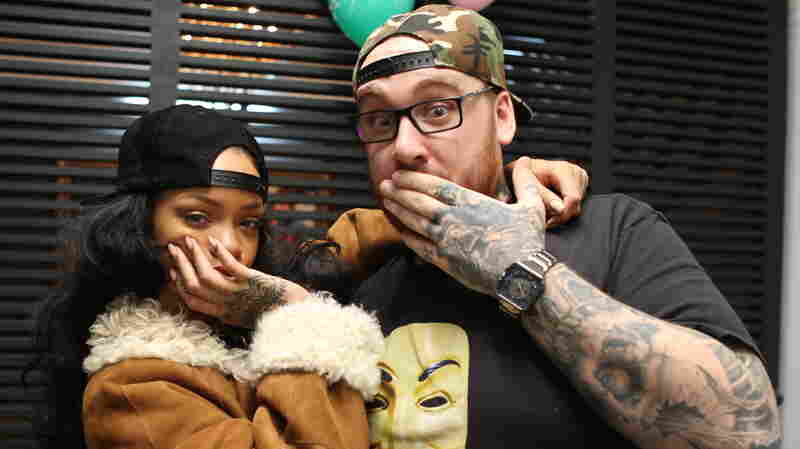 Bang Bang says of Rihanna, "She just always has a super special place in my heart because she's done so much for my career." Courtesy Bang Bang/Bang Bang hide caption

How Tattoo Artist Bang Bang Is Leaving His Mark On Celebrities

January 8, 2017 • High school dropout Keith McCurdy went from tattooing outside of a Delaware trailer park to inking supermodels and stars. Above all, it's his readiness that's helped him turn his passion into success.

How Tattoo Artist Bang Bang Is Leaving His Mark On Celebrities 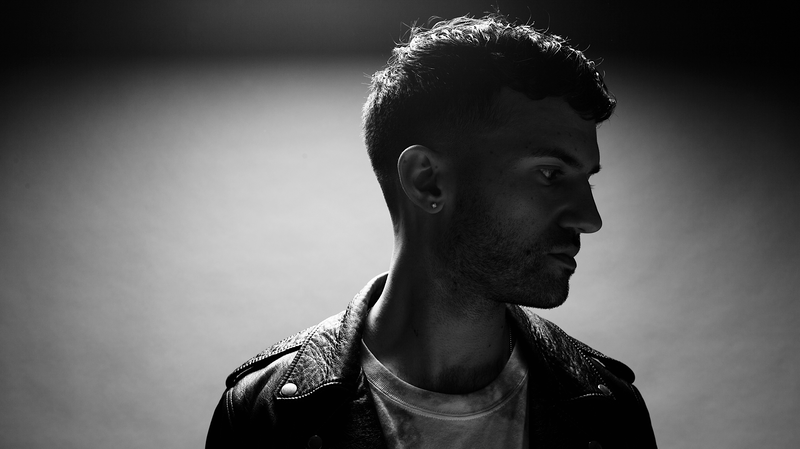 May 14, 2016 • It was happenstance that brought the Canadian DJ and Kanye West together. But A-Trak — Alain Macklovitch — first made his name by winning an international scratching competition, when he was just 15. 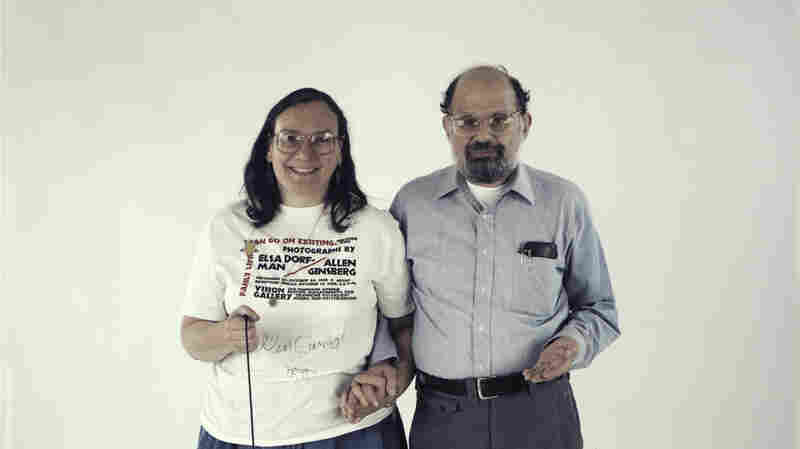 Elsa Dorfman and Allen Ginsberg. The inscription on the bottom of the photo reads, "October 15, 1988. The morning after our reception at Vision." Elsa Dorfman hide caption

To Access Her Big, Boxy Muse, Photographer Set Her Sights On Allen Ginsberg

April 10, 2016 • From a bland suburban upbringing, Elsa Dorfman emerged into a creative life inspired by her 6-foot Polaroid camera. And the famed Beat poet turned out to be the key to that astounding metamorphosis.

To Access Her Big, Boxy Muse, Photographer Set Her Sights On Allen Ginsberg

For his latest documentary, Into the Inferno, filmmaker Werner Herzog traveled to volcanoes around the world, including this one in Vanuatu. Andrew Hreha /Netflix hide caption

Director Werner Herzog: 'You Can Throw Anything At Me'

October 30, 2016 • Filmmaker Werner Herzog says the biggest career break he can think of is that his drive to make movies has never been broken, despite many difficulties over the course of his career.

Director Werner Herzog: 'You Can Throw Anything At Me' 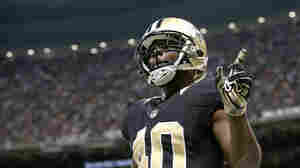 Even A Broken Neck Couldn't Bury His Dream

February 6, 2016 • Just to make it to an NFL tryout, New Orleans Saints cornerback Delvin Breaux overcame long odds — like a broken neck in high school. It took years for him to work his way back up the ranks.

Even A Broken Neck Couldn't Bury His Dream 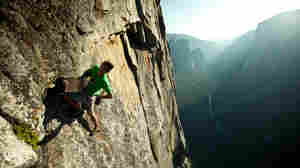 January 3, 2016 • Alex Honnold has scaled the sheer face of Half Dome in Yosemite, Calif., without the aid of ropes — and entirely alone. Still, he says his big break didn't arrive until a TV producer approached him. 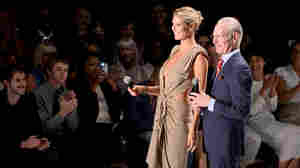 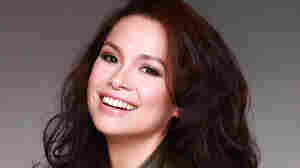 Lea Salonga realized what it takes to be a leading lady at age 9, during a chaotic production of Annie. Raymund Isaac/Raymund Isaac hide caption

November 7, 2015 • Tony Award winner Lea Salonga has long been a star on stage and screen. But she learned her grit and confidence years earlier — when she overcame allergy (and dog) attacks to win the role of Annie. 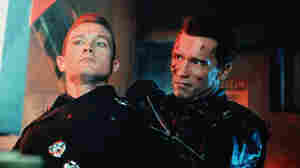 September 19, 2015 • Long before playing the T-1000 in Terminator 2: Judgment Day, Patrick was a house painter in Ohio. Then a near-death boating accident made him realize he needed to pursue his dreams. 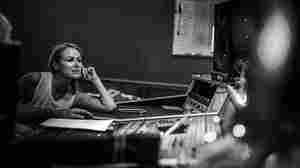 September 12, 2015 • The singer's life has played out like a country song: leaving an abusive father, living in a car, barely scraping by. Her big break came, of all places, at a cafe that was going out of business. 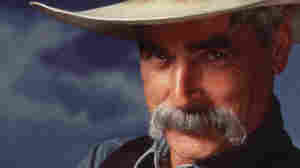 Sam Elliott played The Stranger in the Coen brothers film The Big Lebowski. "That was great fun," he says. "The Coen brothers are such brilliant guys." The Kobal Collection hide caption

September 6, 2015 • With his handlebar mustache and deep voice, he's mastered the look. And after years playing sharpshooters in the West — and then a stranger at the bowling alley bar — he's finally happy about it. 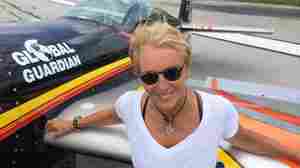 Patty Wagstaff is a fixture at air shows. She became the first woman to win the U.S. National Aerobatic Championship in 1991, and her winning plane (not pictured) is on display at the Smithsonian National Air & Space Museum in Washington D.C. Doug Gardner/Patty Wagstaff Airshows, Inc. hide caption

An Aerobatics Pilot Spins (And Rolls, And Loops) A Career From A Crash

August 30, 2015 • Award-winning aviator Patty Wagstaff tackles the extreme, but she was inspired by a simple takeoff gone wrong. Crawling out of the plane, she looked at her pilot and thought, "I can do a lot better."

An Aerobatics Pilot Spins (And Rolls, And Loops) A Career From A Crash Alison Brie stars in the romantic comedy Sleeping with Other People, out in September. Victoria Will/Invision/AP hide caption

August 16, 2015 • When Mad Men first started airing, Brie remembers saying, "I don't think it's gonna last very long." Even when the show was a hit, she kept looking for other work — and landed a role on Community. 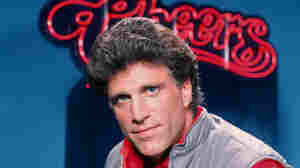 Danson starred in Cheers as bar owner Sam Malone. "Cheers was like being shot out of a cannon as far as celebrity, or attention from the public," he says. Herb Ball/NBC/NBCU Photo Bank via Getty Images hide caption

August 9, 2015 • The actor says he got his big break because of a college crush. When she went on an audition, he tagged along, inadvertently starting a career in cologne ads, soap operas — and hit TV shows. 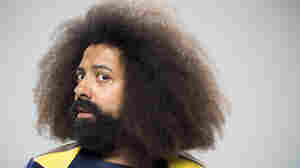 Reggie Watts calls his form of entertainment "disinformationist." He disorients his audience, sometimes talking non-sense and switching seamlessly between accents — all improvised on the spot. Kyle Christy hide caption

Reggie Watts, Man Of Many Voices, Improvised His Way To Success

August 1, 2015 • The comedian and Late, Late Show band leader beatboxes, imitates and impersonates with amazing accuracy. It was a phone call from Conan O'Brien that put Watts' one-man show into the spotlight.

Reggie Watts, Man Of Many Voices, Improvised His Way To Success 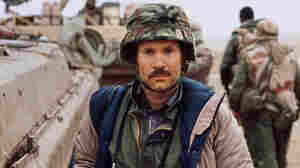 National Geographic photographer Steve McCurry, shown in Kuwait in 1991, says his big break came at a refugee camp near Peshawar, Pakistan, after he heard the sound of children laughing. Courtesy of Steve McCurry hide caption

How One Photographer Captured A Piercing Gaze That Shook The World

July 26, 2015 • In 1984, Steve McCurry was in Pakistan covering a refugee crisis for National Geographic. Captivated by a young girl's eyes, he clicked the shutter — and took one of the magazine's most iconic photos.

How One Photographer Captured A Piercing Gaze That Shook The World 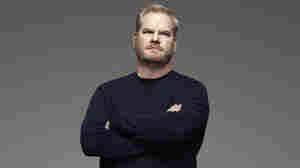 Jim Gaffigan spent years in stand-up before, finally, someone took a chance on him: that someone just happened to be David Letterman. "The weird thing is, because Letterman thought I was good, everyone changed their mind," he says. "It changed the narrative surrounding me, completely." Courtesy of TV Land hide caption

July 19, 2015 • The comedian once worked in advertising — until he got caught dozing on the job. So, he took his savings and stepped on stage. Still, it was years before he hit his big break: a gig on the Late Show. 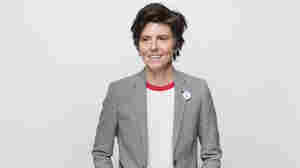 July 18, 2015 • Days after the comedian was diagnosed with breast cancer, she performed at the Largo nightclub in Los Angeles. Her stand-up routine, which became an album titled Live, was an instant hit. 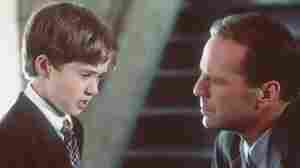 July 12, 2015 • Discovered at an Ikea in Burbank, Calif., he was a Hollywood actor by the time he was 5. But it was his performance as Cole Sear in The Sixth Sense that propelled a career that's lasted over 20 years. 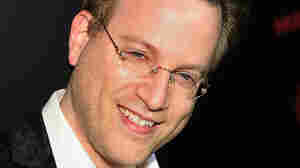 June 28, 2015 • Ben Mezrich had been a struggling author, without a regular job and knee-deep in debt. But that all changed at a dive bar in Boston, when Mezrich saw a local college student whip out a $100 bill. 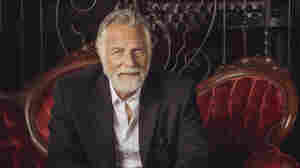 June 20, 2015 • He drove a garbage truck in LA and fibbed his way into Hollywood westerns. But Jonathan Goldsmith's big break was getting cast in Dos Equis beer commercials as "The Most Interesting Man in the World." 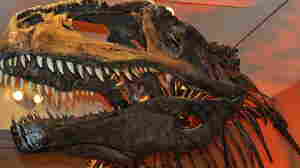 The skull of a Giganotosaurus. Courtesy Don Lessem hide caption

Bankrolling A Dinosaur Dig And Unearthing A Giant: The Giganotosaurus

June 14, 2015 • Don Lessem was the dinosaur adviser for the first Jurassic Park, a job he says sounds more impressive than it was. His real big-dinosaur break happened years later, thanks to a blurry photo of a bone.

Bankrolling A Dinosaur Dig And Unearthing A Giant: The Giganotosaurus 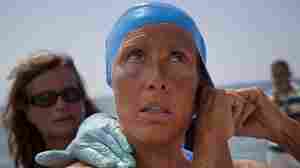 Diana Nyad and Bonnie Stoll prepare for Nyad's swim to Florida in 2012. She failed that attempt, but returned a year later to complete the 110-mile-long journey. Ramon Espinosa/AP hide caption

May 31, 2015 • When the distance swimmer turned 60, she vowed to complete her life's biggest challenge: a 110-mile swim from Havana to Key West. It was her fifth attempt at the feat — and, ultimately, a triumph. 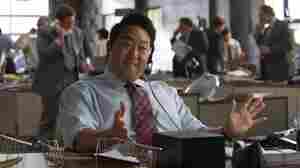 May 24, 2015 • Actor Kenneth Choi is best known as the boisterous Chester Ming in The Wolf of Wall Street. Growing up in Chicago, acting was his passion, but his dad didn't approve. So he ran away — to Hollywood. 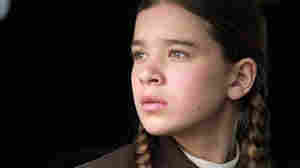 A 13-Year-Old, A Burlap Dress And A Career Launch That Took 'Grit'

May 17, 2015 • Ethan and Joel Coen spent months searching for the right actress to play Mattie Ross in their 2010 film True Grit. Then, just weeks before filming, Hailee Steinfeld showed up — dressed in character.

A 13-Year-Old, A Burlap Dress And A Career Launch That Took 'Grit'