Accessibility links
Deep In The Heart Of (A Transforming) Texas All Things Considered host Melissa Block reports from Texas, where an energy boom and population growth continue to drive its economy to levels that would be the envy of most other states. 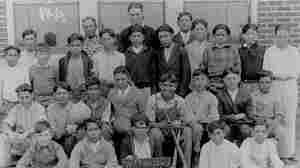 April 11, 2014 • Lyndon Johnson taught in the South Texas town of Cotulla in 1928. Even as president, he always remembered the grinding poverty of his students.

April 11, 2014 • While the South Texas oil boom has meant a flood of cash and people to formerly impoverished communities, there have also been serious repercussions — namely, rampant air pollution. 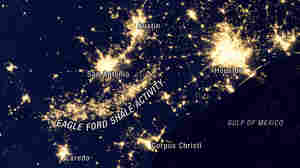 April 10, 2014 • The boom has brought unexpected prosperity — and many new problems — to Cotulla. It's in the heart of the Eagle Ford Shale area, which has quickly become the nation's No. 2 oil-producing region. 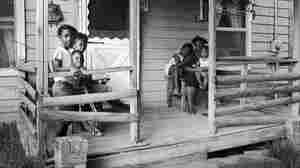 April 2, 2014 • The rural Texas town was established as a "freedom colony" with land given to former slaves after the Civil War. O. Rufus Lovett photographed Weeping Mary and its residents for 11 years. 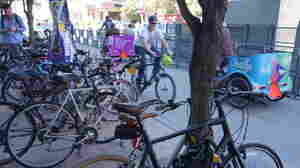 April 2, 2014 • Texans overwhelmingly choose cars and trucks for their commutes, but in cities like Houston, Dallas and San Antonio, policy leaders have incentives to support cycling. They say it's good for business.

April 1, 2014 • Texas is a treasure of unusual town names. The quest continues to hear the stories behind some of them — including the tiny central Texas town of Dime Box. Bonnie Langham discusses her hometown. 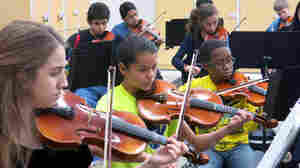 Students participate in orchestra practice at Dr. John Folks Middle School in suburban San Antonio. The school is brand new and was built with explosive growth in mind — the student population is expected to double to 1,200 within five years. Melissa Block/NPR hide caption

April 1, 2014 • Hispanics now make up 38 percent of Texas residents. One demographer says the state's future is tied to the success of its growing minority population. Schools may be part of the solution. 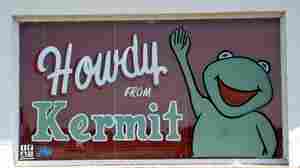 March 31, 2014 • There is no shortage of colorful town names in Texas. We explore the story behind one of them — Turkey, Texas — with a local named Don Turner, a volunteer at the Bob Wills Museum.

March 31, 2014 • Outdated stereotypes may have some thinking that Dallas is just a town of cowboys, highways and football. Dallas Mayor Mike Rawlings corrects the record, describing the city's lively arts and culture. 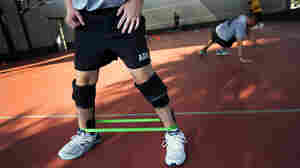 March 31, 2014 • An injured leg can cause so much pain that some wounded veterans consider amputation. A brace invented at an Army medical center in Texas is getting them up and running again.