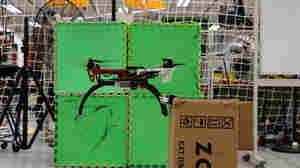 If Drones Had 'Claws,' They Might Be Able To Fly For Longer

May 6, 2019 • Small drones have a problem — their battery life runs out relatively quickly. A team of roboticists says it has created special landing gear that can help conserve precious battery life.

If Drones Had 'Claws,' They Might Be Able To Fly For Longer 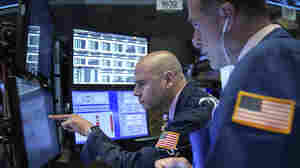 Traders and financial professionals work on the floor of the New York Stock Exchange on Monday. U.S. stock markets fell sharply at the open but crept higher as the day wore on after President Trump threatened to raise tariffs on imports from China. Drew Angerer/Getty Images hide caption

May 6, 2019 • China and the U.S. are scheduled to continue trade talks in Washington this week, but U.S. officials go into the negotiations accusing China of "reneging" on its commitments. 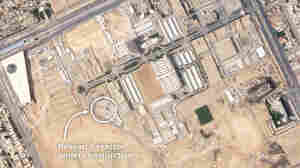 Satellite imagery from the company Planet shows construction of a small research reactor at the King Abdulaziz City for Science and Technology in Riyadh. Planet Labs Inc hide caption

As Saudi Arabia Builds A Nuclear Reactor, Some Worry About Its Motives

May 6, 2019 • Saudi Arabia is building a small civilian nuclear reactor, the nation's first. Nuclear power is an important part of its energy plans. Arms control experts ask if its intention is entirely peaceful.

As Saudi Arabia Builds A Nuclear Reactor, Some Worry About Its Motives 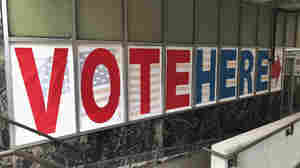 A "vote here" sign marks the entrance to an early voting station in downtown Minneapolis in 2018. Steve Karnowski/AP hide caption

May 6, 2019 • The tech giant unveiled a software toolkit Monday that would allow voters to confirm that their votes were cast and counted and provide transparency for tabulation. 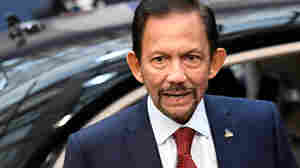 May 6, 2019 • After more than a month of criticism and a high-profile boycott, the sultan of Brunei says his country will extend its moratorium on the death penalty to include new Islamic laws. 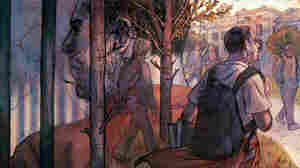 May 6, 2019 • Reentry programs work like a bridge between the world of corrections and the world of social services. Here's what one of those programs is doing to help folks stay out for good. 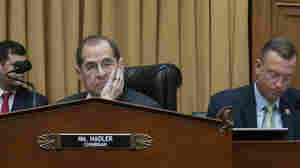 May 6, 2019 • Judiciary Committee Chairman Jerry Nadler issued a subpoena last month to the Justice Department to give Congress an unredacted version of the Mueller report. The deadline to comply was Monday. 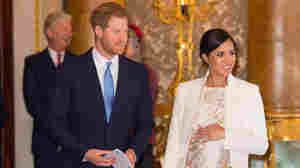 May 6, 2019 • The pregnancy had been shrouded in an unusual degree of secrecy. Buckingham Palace had not disclosed where Markle would give birth or precisely when she was due. 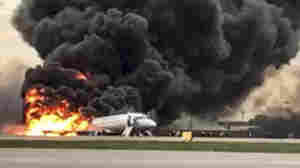 May 6, 2019 • Video showed the Aeroflot flight's rocky emergency landing, as the jet bounced along the runway before its rear portion was engulfed in flames. It's unclear why it turned around shortly after takeoff. 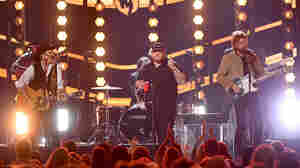 May 6, 2019 • In the '90s, Brooks & Dunn helped to broaden country music's audience with its embrace of a wide range of sounds and on-stage spectacle. 25 years later, their influence is everywhere in Nashville. 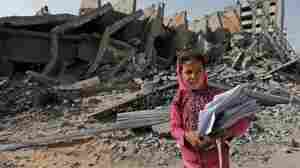 Palestinian leaders in Gaza report that they've agreed to a cease-fire with Israel to end a deadly two-day escalation of violence. Here, a Palestinian girl stands in front of a building on Monday that was destroyed during Israeli airstrikes on Gaza City over the weekend. Mahmud Hams/AFP/Getty Images hide caption

May 6, 2019 • The escalation in hostilities was the deadliest in years, as rockets were fired from Gaza and Israel's military launched targeted airstrikes. Four Israeli civilians and 23 people in Gaza were killed. 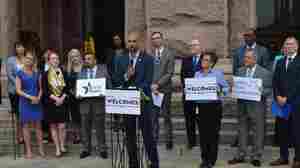 Mike Hollinger of IBM joined a group of business leaders at a news conference on the steps of the capitol in Austin, Texas. The business leaders oppose the so-called religious refusal laws currently under consideration in the Texas legislature. Susan Risdon/Red Media Group hide caption

May 6, 2019 • Texas legislators are considering a bill that would allow professionals to deny service to people based on religious beliefs. Critics say the law would sanction discrimination against LGBT Texans. 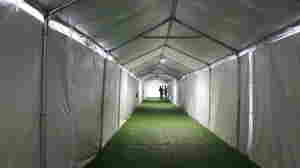 May 3, 2019 • The Department of Homeland Security is expanding its detention facilities in response to an influx of migrants from Central America arriving at the southern border. 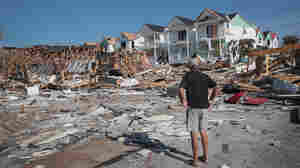 May 3, 2019 • The Census Bureau is planning to send workers to personally visit every household in Paradise, Calif.; Mexico Beach, Fla.; and Puerto Rico, which are still recovering from wildfire and hurricanes. 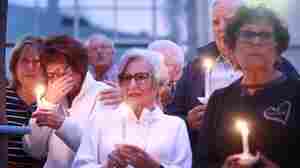 Mourners participate in a candle light vigil for the victims of the Chabad of Poway Synagogue shooting at the Rancho Bernardo Community Presbyterian Church on April 27, 2019 in Poway, Calif. Sandy Huffaker/AFP/Getty Images hide caption

April 27, 2019 • The mayor of Poway, Calif. said the shooting at the Chabad of Poway synagogue near San Diego was a "hate crime." A 19-year-old man has been arrested.