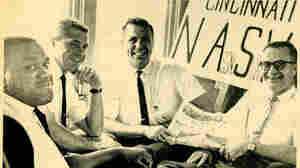 To Join '63 March On Washington: 'Like Climbing A Mountain'

August 5, 2013 • When civil rights worker Jack Hansan traveled to Washington to participate in the march, the fear of violence breaking out was very real. But the father of four knew he had to be there, not just to witness history, but also to play a part in changing it.

To Join '63 March On Washington: 'Like Climbing A Mountain' 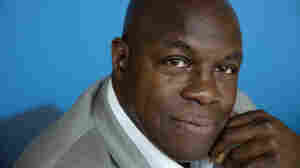 Robert Avery has been a councilman in his hometown of Gadsden, Ala., for almost three decades. As a teen, he and two friends hitchhiked to the nation's capital, where they made signs for the March on Washington. Erica Yoon/NPR hide caption

August 14, 2013 • In August 1963, Robert Avery of Gadsden, Ala., was 15 and active in the civil rights movement. He and two friends were bent on participating in the March on Washington, but with little money, they had no choice but to hitchhike — on Southern roads that could be dangerous for segregation opponents.

At 1963 March, A Face In The Crowd Became A Poster Child

August 21, 2013 • When she was just 12, Edith Lee-Payne's face was immortalized in an iconic photo from the March on Washington. Decades would pass before Payne learned that her image has been used as part of documentaries, books, calendars and exhibits about the history of the civil rights movement.

At 1963 March, A Face In The Crowd Became A Poster Child 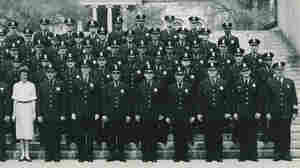 Joseph Burden (third row, third from right) with his graduating class at Washington, D.C.'s Metropolitan Police Department training academy in 1960. Every officer on the force was required to work the day of the March on Washington. Courtesy of Joseph Burden hide caption

August 26, 2013 • Joseph Burden and Martin Niverth, officers with the segregated D.C. police department, were both assigned to patrol the March on Washington. Burden, who is black, worked while wishing he could participate. And Niverth, a white man, was surprised to be assigned a black partner for the day. 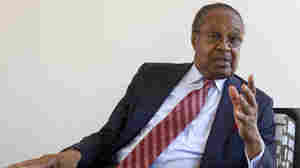 Clarence B. Jones this month in Palo Alto, Calif. As Martin Luther King Jr.'s attorney and adviser, Jones contributed to many of King's speeches, including his famous speech at the March on Washington in 1963. Norbert von der Groeben/Reuters/Landov hide caption

August 27, 2013 • Clarence Jones played an integral but mostly unseen role in the 1963 March on Washington. As Martin Luther King Jr.'s legal adviser, Jones assisted in drafting King's landmark speech, and drew from a recent event in Birmingham, Ala., to craft one of the speech's signature lines. 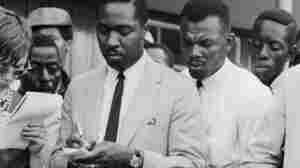 Clarence B. Jones, legal adviser to Martin Luther King Jr., takes notes behind King at a press conference regarding in Birmingham, Ala., in February 1963. Ernst Haas/Getty Images hide caption

August 28, 2013 • After days of worry, Clarence B. Jones, legal adviser to Martin Luther King Jr., was relieved to stand at the Lincoln Memorial and watch the event unfold without a hitch. While there's been great progress in the decades since, Jones says, he also feels King's dream still remains unfulfilled. 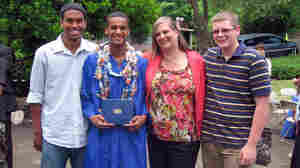 Holding Onto The Other Half Of 'Mixed-Race'

October 14, 2013 • Wilma Stordahl is tall, blond and Norwegian. Two of her sons have a black father, but they both share their mother's Norwegian last name. Strangers have frequently told Stordahl that her sons are black, not mixed-race, but Stordahl and her boys say the term captures only part of who they are.

Holding Onto The Other Half Of 'Mixed-Race' 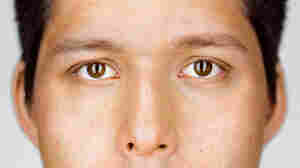 Alex Sugiura was featured, along with his brother and other mixed-race Americans, in the 125th anniversary issue of National Geographic Magazine in October. The brothers are of Japanese and Eastern European descent, but people often mistake Alex for Hispanic. Martin Schoeller/National Geographic hide caption

Seeing Opportunity In A Question: 'Where Are You Really From?'

November 11, 2013 • Alex Sugiura says he understands why people ask. "I have always thought I've had a particularly strange face," he explains. And the query, he says, gives him a chance to really talk about what it means to be mixed-race in America.

Seeing Opportunity In A Question: 'Where Are You Really From?' 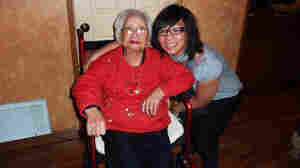 After Years Of Pasta, Rice Returns To A Filipino Family Kitchen

November 27, 2013 • Growing up, Melanie Vanderlipe Ramil wanted to be as "non-Filipino" as possible. One way, she decided, was to stop eating rice. Now 31, Ramil has become the family's champion of its Filipino food traditions.

After Years Of Pasta, Rice Returns To A Filipino Family Kitchen 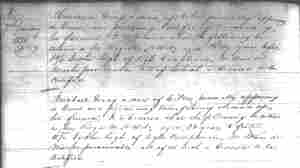 "Michael Goings, a man of colour personally appearing in Court and producing satisfactory evidence of his freedom. It is ordered that the following be entered as his Register. To wit, aged 23 years 5 feet 11 1/2 inches high of light complexion. No scars no marks perceivable all of which is ordered to be certified." Courtesy of Robert Goins hide caption

Discovering Grief And Freedom In A Family's History Of Slavery

January 14, 2014 • Robert Goins was tracing his genealogy when he found his ancestors' names listed among livestock and farm implements in a plantation ledger. With that painful discovery, he kept digging until he found a very different story: that of a great-great-great-grandfather who lived as a freeman.

Discovering Grief And Freedom In A Family's History Of Slavery 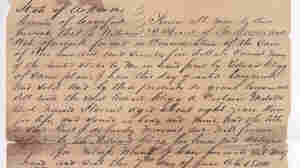 "I have this day granted bargained and sold and by these present do grant bargain and sell unto the said Edward Clegg a Certain Mulatto Girl named Harriet aged about eight years. Slave for life, and sound in body and mind, and the title to said Girl I do hereby warrant and will forever defend." Courtesy of Todd Perry hide caption

A Woman Comes To Terms With Her Family's Slave-Owning Past

January 15, 2014 • Kate Byroade had always known her ancestors were slave owners, but she had been told their slaves were treated well. Understanding the truth took her on a difficult lifelong journey.

A Woman Comes To Terms With Her Family's Slave-Owning Past 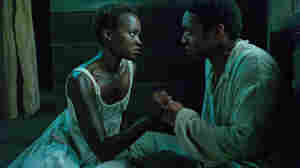 January 16, 2014 • Screenwriter John Ridley hopes the movie will prompt honest exchanges about the nation's history that focus on discovery and introspection, rather than guilt, shame or anger. 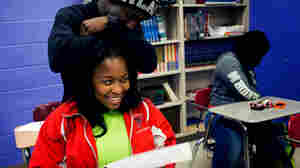 The student population at D'Leisha Dent's high school, Central High in Tuscaloosa, Ala., is almost entirely African-American. Dent says she and her peers wish they had more opportunities to interact with white students. Maisie Crow hide caption

April 18, 2014 • Central High School in Tuscaloosa, Ala., was once considered a model of desegregation. Today, the school's population is 99 percent black. One family's story underscores three generations of change. 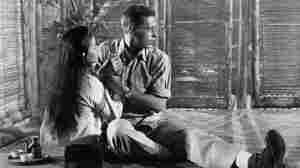 Actors John Kerr and France Nuyen in a scene from the 1958 film South Pacific. The interracial romance between the onstage pair unsettled some audiences. 20th Century Fox/Getty Images hide caption

May 19, 2014 • A huge hit upon its release, the 1949 musical South Pacific still resonates with contributors to The Race Card Project — particularly a song about how prejudice is learned, not innate.