Accessibility links
Color Decoded: Stories That Span The Spectrum NPR takes a deep dive into color, looking at how it's made, how we perceive it and the way it saturates our world. 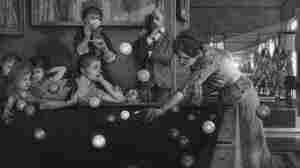 November 16, 2014 • After his diagnosis, Peter Milton wasn't about to abandon art; but he did feel he had to abandon color. Today he says he finds black and white to be "fully more elegant than color." 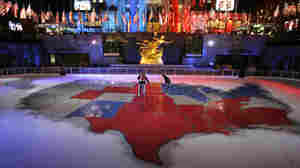 NBC employees change Nebraska to red in the electoral map of the United States in 2008. All the TV news operations, including NBC News, settled on red for Republicans and blue for Democrats in 2000. Mary Altaffer/AP hide caption

November 13, 2014 • The United States split into red states and blue as we know them just a few presidential elections ago. Some dislike the broad brush. 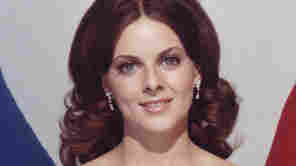 For decades, Kodak's Shirley cards, like this one, featured only white models. Kodak hide caption

November 13, 2014 • Named for the original model — an employee of Kodak — the portraits were used by photo labs to calibrate printers. But until the 1970s, that model was always white. 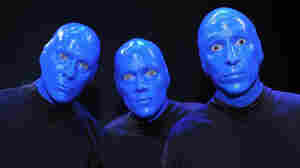 November 12, 2014 • In medieval art, Virgin Mary was cloaked in blue. In Colonial America "blue laws" made it illegal to buy alcohol on Sunday. And more recently, irreverent blue humor made blue the most off-color color. 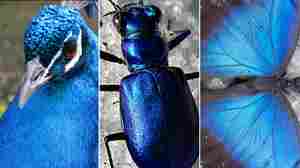 Surprise! Not one of these things contains a single speck of blue pigment. Evan Leeson/Bob Peterson/lowjumpingfrog/Look Into My Eyes/Flickr hide caption 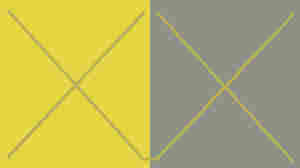 November 10, 2014 • Never mind the physics. Color isn't just a particular wavelength of light, it turns out. It's a fascinating mix of context and what's happening outside and inside your head. 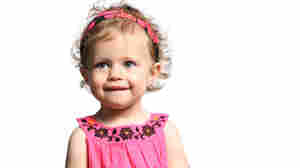 November 10, 2014 • Pink is an icon of girlhood today — but one with baggage. Commentator Tania Lombrozo turns to philosophy and psychology to evaluate the prospects for "pink pride." Is it time to take back the hue? 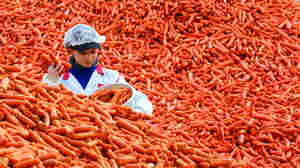 November 10, 2014 • Red means stop; green means go. You live in a red state or a blue state. Elizabeth Blair kicks off NPR's color series with a look at the way color organizes our lives — in ways we don't even realize. 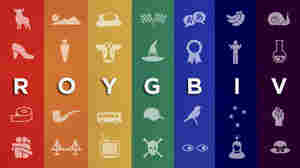 October 23, 2014 • Where'd the term "red tape" come from? Why are the Simpsons yellow? And is there a rhyme for orange? We answer these pressing questions — and more — in a new look at your old friend Roy G. Biv. 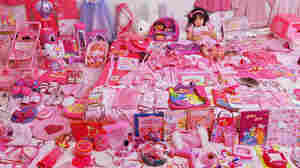 Photographer JeongMee Yoon felt her daughter's life was being overtaken by pink. She illustrated that in her 2006 portrait Seo Woo and Her Pink Things. JeongMee Yoon/Museum of Fine Arts, Boston and Jenkins Johnson Gallery hide caption

April 1, 2014 • After World War II ended, Rosie the Riveter traded in her factory blues for June Cleaver's pink apron. A new exhibit traces pink back to the beginning — when plenty of boys wore it, too. 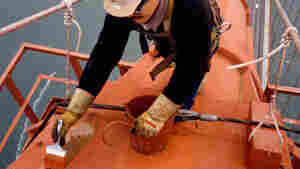 A painter touches up one of the bridge's cables. When it came time to decide the paint color for the bridge, consulting architect Irving Morrow wanted a warm hue to contrast with the cool grays, blues and greens of San Francisco Bay. Courtesy of goldengatebridge.org hide caption

April 26, 2011 • In the 1930s, the now-iconic hue "international orange" was a radical choice, originally meant to serve only as the primer. 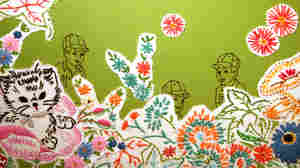 Maggy Rozycki Hiltner's Hothouse Flowers, made of found fabrics, is one of many works on display in the Textile Museum's Green: The Color and the Cause exhibit in Washington, D.C. Click here to see the full textile. Virginia Spragg/ hide caption

Celebrating Green: As Color, As Concept, As Cause

April 20, 2011 • Green has taken on many meanings — envy, ecology, money and more. A new exhibition at the Textile Museum in Washington, D.C., salutes the color of spring, and all that it has come to symbolize.

Celebrating Green: As Color, As Concept, As Cause

The Color Red: A History in Textiles

February 13, 2007 • On Valentine's Day, red is everywhere. But how did that color become a symbol for love and passion ... and other things, too? A textile exhibition in Washington offers clues to the history of a hue.

The Color Red: A History in Textiles