Accessibility links
Delinquent Mines An NPR investigation, together with the Mine Health and Safety News, found mines that fail to pay their penalties have increased injury rates and continue to operate dangerous operations. 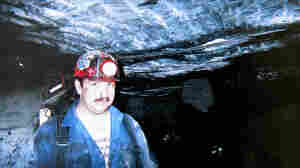 This photo of Roy Middleton working underground at the Kentucky Darby mine now sits on the mantel in the Middleton home in Harlan County, Ky. He was killed after an explosion in 2006. Anna Boiko-Weyrauch/NPR/Original photo courtesy of the Middleton family hide caption

November 12, 2014 • An NPR investigation found thousands of American mine owners fail to pay penalties for safety violations, even as they continue to manage dangerous — and sometimes deadly — operations. 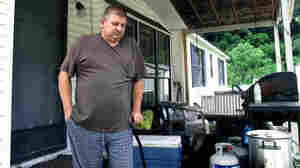 The injuries Jack Blankenship sustained after a 300-pound rock pinned him to the ground while working in a coal mine prevent him from sitting for long periods of time or walking far. He says he's in constant pain. Anna Boiko-Weyrauch/NPR hide caption

Miners At Risk Because Of Unpaid And Uncollected Fines

November 13, 2014 • NPR probes the regulatory loophole that allows mine owners to ignore government regulators and operate unsafe mines. For years, the owners have failed to pay penalties even as workers are injured.

Miners At Risk Because Of Unpaid And Uncollected Fines 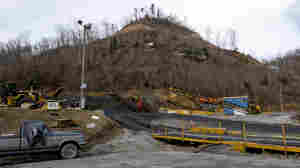 Outside the D&C Mining Corp. mine near Cranks, Ky. The company owes more than $4 million in unpaid safety penalties. Howard Berkes/NPR hide caption

November 13, 2014 • In the eight years regulators didn't collect penalty fines from D&C Mining, it was cited 1,500 times for safety violations — including many that federal inspectors say put miners at serious risk. 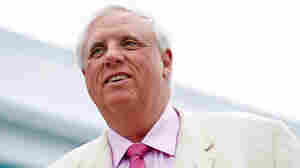 Jim Justice owns Southern Coal Corp., which has 71 mines that have racked up thousands of violations and millions of dollars in fines. Scott Halleran/Getty Images hide caption

November 15, 2014 • Jim Justice, a West Virginia philanthropist and mine owner, gave away and invested more than $200 million while his mines failed to pay $2 million in delinquent mine safety penalties.

November 16, 2014 • An NPR investigation found that mine workers are at greater risk of injury in mines that are able to avoid paying safety fines. Changes in mine safety enforcement could make penalties more effective.

Delinquent Mine Fines: 'Clearly Troubling ... More Can Be Done'

November 19, 2014 • "We have tools in place to crack down on these scofflaws, but what's missing is a stronger commitment," says John Kline, a key House Republican.

Delinquent Mines: About The Data

November 12, 2014 • Details on how NPR analyzed data to report stories about millions of dollars in fines and thousands of injuries and violations piled up at mines that don't pay their penalties. 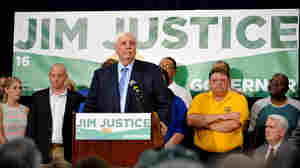 October 7, 2016 • Two years after an NPR investigation showed mines owned by Jim Justice failed to pay safety penalties, a new analysis shows he is the nation's top mine safety delinquent and owes millions.

May 14, 2015 • The Labor Department's investigation follows an NPR/Mine Safety and Health News series about the failure of federal regulators to collect millions in safety penalties at the nation's mines.

January 12, 2015 • In reaction to an NPR/MSHN investigation, federal regulators, a member of Congress and others are considering ways to crack down on mining companies that fail to pay delinquent mine safety penalties.

Response To NPR Series From the Mine Safety And Health Administration