Accessibility links
The Americans With Disability Act At 25 The Americans with Disabilities Act, signed into law on July 26, 1990, banned discrimination based on disability in employment, government services and public accommodations. 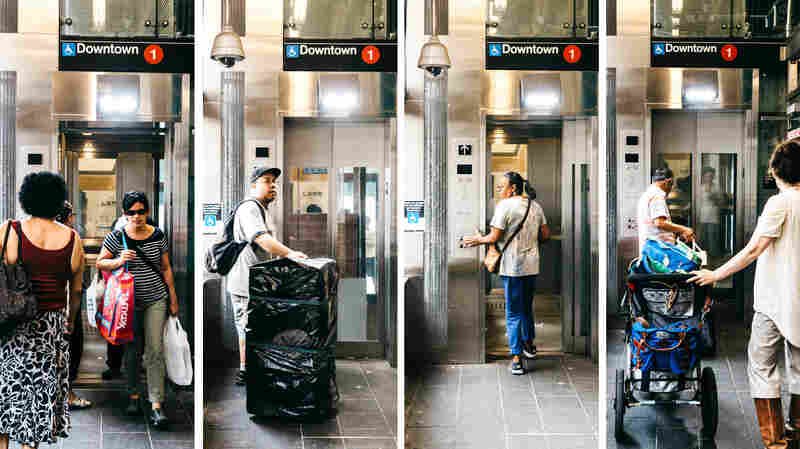 "This elevator is a gift from the disability community and the ADA to the nondisabled people of New York," says Attorney Wolinsky, who co-founded Disability Rights Advocates. The elevator at the Dyckman Street Subway Station in Inwood, Manhattan, helps people of all abilities reach the platform. Michael Rubenstein for NPR hide caption

July 24, 2015 • Take a tour through New York and you'll see how the 25-year-old Americans with Disabilities Act is benefiting everyone. 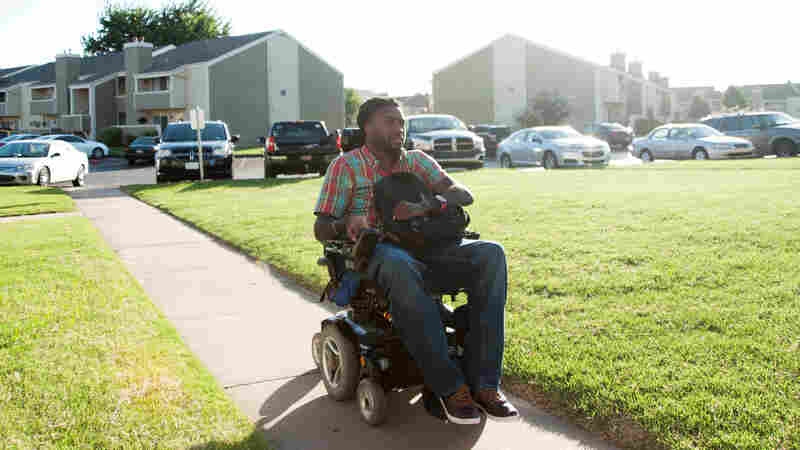 After a long day, Emeka arrives home to the apartment in South Tulsa that he shares with his father. Kenneth M. Ruggiano for NPR hide caption

July 23, 2015 • Disabled Americans are twice as likely to be poor as those without disabilities. They continue to face many financial and physical barriers, despite the Americans with Disabilities Act of 1990. 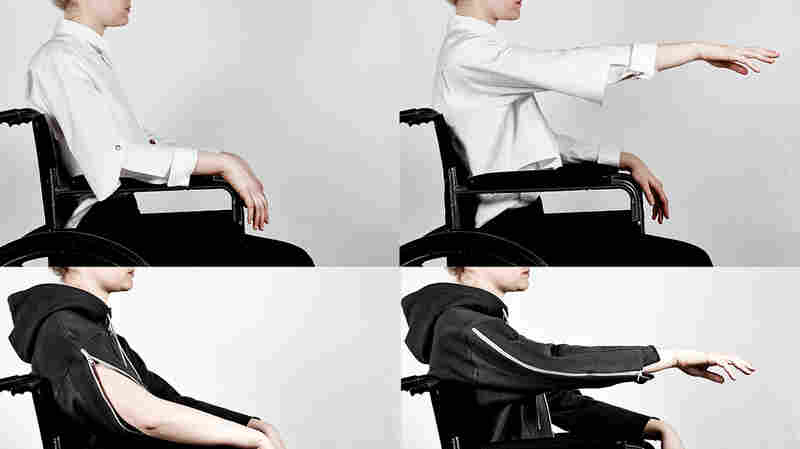 Parsons School of Design graduate Lucy Jones created Seated Design, a collection of clothing for people who use wheelchairs. The clothes include extra fabric at the elbows for greater mobility. Courtesy of Lucy Jones hide caption

July 25, 2015 • Almost 60 million Americans have a permanent disability, but the fashion industry hasn't tapped into that market. Activists and designers are trying to change that, a signature and a stitch at a time.

On ADA Anniversary, Some Blame The Law For Low Employment

July 26, 2015 • Signed into law 25 years ago, the Americans With Disabilities Act was supposed to open the doors to employment for many. But only a small percentage of disabled Americans are working today.

On ADA Anniversary, Some Blame The Law For Low Employment 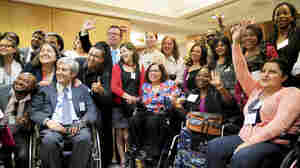 At the State Department conference for people with disabilities, adviser Judy Heumann (center) is surrounded by admirers from around the world. Joseph Shapiro/NPR hide caption

July 24, 2015 • In Africa, in Asia, in Latin America, people with disabilities want to know: How can we learn from the Americans with Disabilities Act so we can get on the bus, get married, build a life.

Listen · 5:25 5:25
More from The Americans With Disability Act At 25
Browse archive or search npr.org