Accessibility links
Isolating Inmates: Solitary Confinement In The U.S. Much of the world has abandoned solitary confinement, but in the U.S. it remains normal, and it figures into building plans for new prisons despite a backlash against it. Efforts to reform the practice are moving slowly.

August 24, 2015 • Many corrections officers oppose efforts to change the practice of isolating inmates. They say solitary confinement has been a trusted tool in American prisons for half a century. 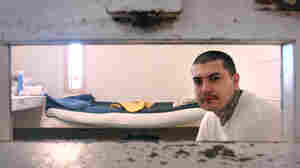 Nicklas Trujeque in his solitary confinement cell in New Mexico State Penitentiary. Inmates spend 23 hours a day in these cells, with a one-hour period in an open cell outside. According to the New Mexico ACLU, until recent state reforms, the average length of stay for an inmate here was around three years. Natasha Haverty/For NPR hide caption

August 24, 2015 • The heavy reliance on solitary confinement in New Mexico went unquestioned for decades. Now, the state is gradually shifting away from the practice, though it probably won't ever fade from the system. 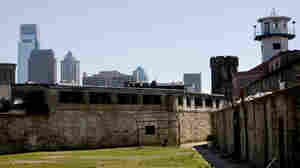 A part of Eastern State Penitentiary in Philadelphia is shown in 2008. The penitentiary opened in 1829, closed in 1971, and then historic preservationists reopened it to the public for tours in 1994. Matt Rourke/AP hide caption

August 23, 2015 • Early experiments in isolating inmates took place at a Philadelphia prison in the 1800s. Though discredited as cruel, the practice was later revived nationwide during the drug war.