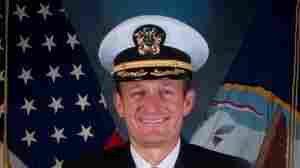 April 6, 2020 • A highly critical letter from Capt. Brett Crozier that was leaked to the media cost him his command of the coronavirus-infected USS Roosevelt. Now the man who fired him says he's not being discharged. 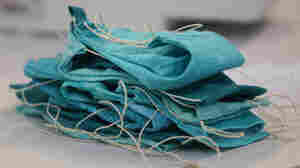 An inspector general's survey of U.S. hospitals finds them scrambling for supplies — even food and toilet paper. They've had to get masks from nontraditional places like autobody shops and nail salons, and also ask for handmade donations. Mario Tama/Getty Images hide caption

April 6, 2020 • An office of the Department of Health and Human Services surveyed 323 U.S. hospitals and found shortages of "intravenous therapy poles, medical gas, linens and food." Many are still scrambling. 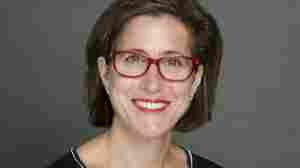 April 6, 2020 • Media ethicist Kelly McBride of the Poynter Institute has been named NPR's public editor, an in-house advocate for listeners and newsroom watchdog. 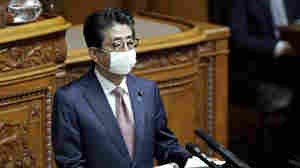 Japan's Prime Minister Shinzo Abe speaks during a plenary session at the upper house of parliament in Tokyo on Friday. Abe says he will declare a state of emergency this week in response to the coronavirus pandemic. Kiyoshi Ota/Bloomberg via Getty Images hide caption

April 6, 2020 • The prime minister confirmed Monday that he would issue the declaration that allows governors of hard-hit prefectures to issue stay-at-home directives. 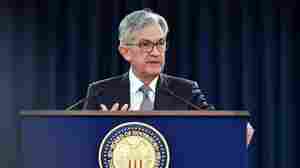 April 6, 2020 • The Federal Reserve has moved quickly and creatively to pump money into the rapidly shrinking U.S. economy in hopes of keeping it afloat long enough to outlast the coronavirus pandemic. 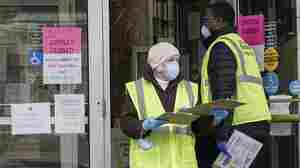 Workers are seen outside a city building in Milwaukee, which set up drive-up early voting for the state's April 7 election in response to the coronavirus outbreak. Morry Gash/AP hide caption

April 6, 2020 • Despite the pandemic, the state is forging ahead with its election on Tuesday. But many voters, poll workers and local officials are quite upset. April 6, 2020 • United Nations Secretary-General António Guterres said that reported cases had doubled in some countries "as the economic and social pressures and fear have grown." 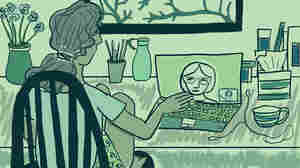 April 6, 2020 • Taking care of your mental health during the coronavirus pandemic is important, and it's still possible to get therapy even when you're staying at home. This episode gives information on making online therapy a little easier, low-cost therapy and free mental health hotlines to get you the help you need. 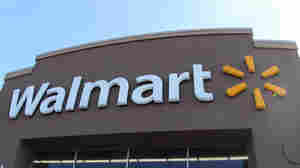 Walmart said two employees at its Evergreen Park store in the Chicago area have died after testing positive for the coronavirus. Icon Sportswire via Getty Images hide caption

April 5, 2020 • The Chicago-area store is open for business after passing "necessary inspections," the company said. Walmart did not disclose the workers' names or further details. 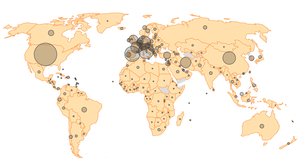 April 5, 2020 • A map of confirmed COVID-19 cases and deaths around the world. The respiratory disease has spread rapidly across six continents and has killed thousands of people. 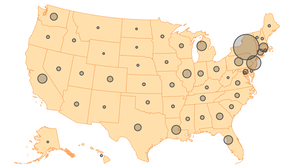 April 5, 2020 • Cases of COVID-19 have appeared throughout the country, but certain areas have been hit harder than others. Find out how many cases and deaths have been reported in each state.

April 5, 2020 • Nearly 2,700 passengers aboard the Ruby Princess left the ship freely, though some were experiencing flu-like symptoms. 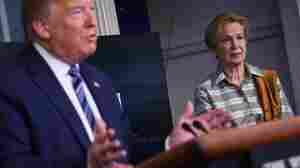 The White House's coronavirus task force has said it expects at least 100,000 U.S. deaths from the virus in the coming weeks and months. Eric Baradat /AFP via Getty Images hide caption

April 5, 2020 • The drug has not yet been proven to be an effective treatment for the coronavirus. 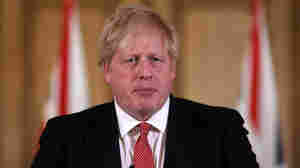 British Prime Minister Boris Johnson, seen on March 22, tested positive for the coronavirus 10 days ago. He's been admitted to a hospital for testing. Ian Vogler/AFP via Getty Images hide caption

April 5, 2020 • The prime minister tested positive for the coronavirus on March 27. He was admitted to a hospital Sunday as a "precautionary step," his office said.

April 5, 2020 • An internal report from 2017 warned that a novel respiratory illness was the "most likely and significant threat" in a pandemic and noted likely shortages of masks, beds and ventilators. 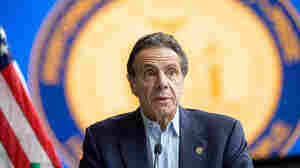 Following the arrival in New York City of the U.S. Naval hospital ship Comfort, N.Y. Gov. Andrew Cuomo is seen during a press conference on March 30 at the field hospital site at the Javits Center. Albin Lohr-Jones/Pacific Press/LightRocket via Getty Images hide caption

New York Gov. Cuomo Reports A Drop In Number Of Deaths, But Warns It May Be A 'Blip'

April 5, 2020 • In a press conference on Sunday, the governor stressed the importance of working together, both in-state and nationally. "Nobody can do this alone," he said. "Nobody." 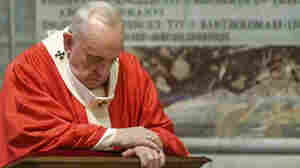 April 5, 2020 • In what the Vatican said was a historic first, Palm Sunday Mass was celebrated in St. Peter's Basilica without a congregation. Pope Francis was the sole celebrant. 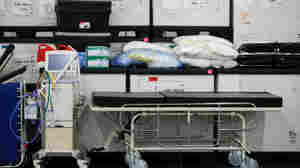 A ventilator alongside medical supplies and a stretcher is displayed before a news conference at the Javits Center in New York City on March 23. John Minchillo/AP hide caption

April 5, 2020 • As hospitals warn of shortages, President Trump claims without offering evidence that he's hearing from administrators who are pleased with the current levels of supplies. 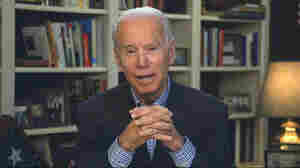 April 5, 2020 • The party's nominating convention had already been delayed a month, with a possible format change. 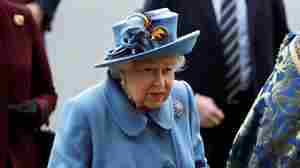 Britain's Queen Elizabeth II arrives to attend the annual Commonwealth Day service at Westminster Abbey in London on March 9. In a rare address to the nation on Sunday, the queen plans to exhort Britons to rise to the challenge of the coronavirus pandemic. Kirsty Wigglesworth/AP hide caption

April 5, 2020 • The 93-year-old monarch urged self-discipline and resolve amid the pandemic. "I hope in the years to come everyone will be able to take pride in how they responded to this challenge." 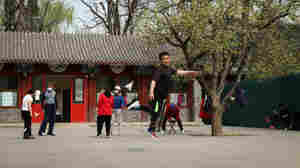 A skilled player of jianzi, or the Chinese equivalent of Hackey Sack, jumps to pass the feathered toy to the next participant. Amy Xiaomeng Cheng/NPR hide caption

April 5, 2020 • As restrictions are relaxed in parts of China where the coronavirus struck, residents in Beijing are cautiously returning to the public spaces they love. 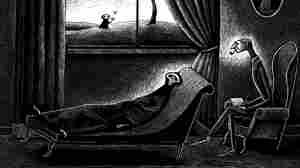 April 5, 2020 • Nicholas Gurewitch scratched images into clay with a stylus for this tale of Death's visit to an analyst — who helps him come to terms with Death Jr.'s lack of interest in the family business.