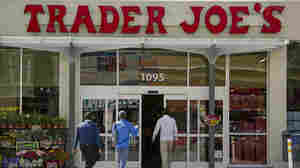 The specialty grocer Trader Joe's says next year it will end its policy of offering health benefits for part-time workers. Instead, the store will offer part-timers cash to help buy coverage. Bloomberg via Getty Images hide caption

October 4, 2013 • Many will find better coverage with smaller monthly premiums on the exchanges set up under the Affordable Care Act, insurance specialists say. But in states that decided not to expand Medicaid, some low-income part-timers are finding they don't qualify for federal health insurance subsidies. 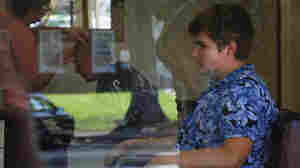 Jonathan Noyes started binging on food after a stressful period in his family's life, including his father's job loss and his grandmother's cancer. Maggie Starbard /NPR hide caption

October 7, 2013 • Anorexia and bulimia, eating disorders once thought to affect only girls and women, affect a growing number of boys and men. Boys as young as 9 and 10 are feeling the pressure to be ripped and muscular, psychologists say. But they can have a hard time finding a treatment program geared to males. 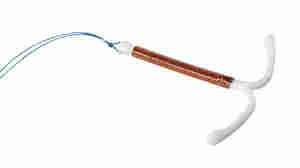 Intrauterine devices are one of the most effect forms of birth control, but are relatively underutilized, at least in the United States. iStockphoto.com hide caption

October 6, 2013 • Intrauterine devices are more than 99 percent effective in preventing pregnancy. But misnomers about side effects and high initial costs have kept many women in the U.S. from using them. 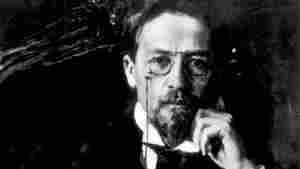 October 4, 2013 • Reading literary fiction improves people's ability to recognize other people's mental states, while popular fiction and nonfiction do not, a study says. That may be because literary fiction tends to focus on the psychology and inner lives of the characters. 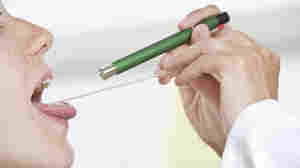 Unless it's strep throat, antibiotics are unlikely to help you get over a sore throat. iStockphoto.com hide caption

October 4, 2013 • Public health officials have been working to reduce use of antibiotics for years. But fresh research shows that antibiotics are still being prescribed where they don't do much good, for ailments like sore throats and bronchitis. Both doctors and patients are to blame for that, experts say.