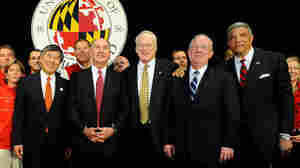 Despite the Big Ten's expansion, Frank Deford says the conference will struggle to compete with pro football in the Northeast. The conference announced the addition of Maryland and Rutgers earlier this month. Patrick McDermott/Getty Images hide caption

November 27, 2012 • College sports fans can be distinctively different from the pro variety, no matter where they are. And that might complicate the growth plans of athletic conferences such as as the Big Ten, says Frank Deford. 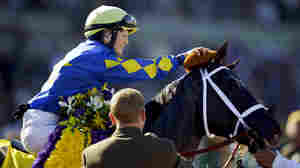 November 21, 2012 • Rosie Napravnik is America's leading jockey — and a woman in a male-dominated sport. Commentator Frank Deford reflects on women's sports, competing with men, and fans. 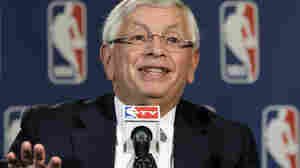 November 14, 2012 • Many sports bosses are tarnishing their achievements by overstaying their welcome, says commentator Frank Deford. 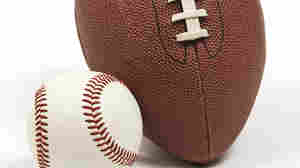 October 30, 2012 • As baseball declines in popularity, football continues to rise. Commentator Frank Deford reflects on the switch from baseball to football as America's favorite sport. 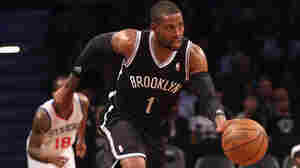 C.J. Watson of the Brooklyn Nets dribbles upcourt in a preseason game against the Philadelphia 76ers. The New York City borough finally has a pro sports team to call its own, says Frank Deford. Bruce Bennett/Getty Images hide caption

October 23, 2012 • In its long history, Brooklyn has been famous for two sports events: No. 1, having the Dodgers; No. 2, losing the Dodgers. But now Brooklyn has an NBA team, a fancy new arena — and even a floor that may set a new trend. 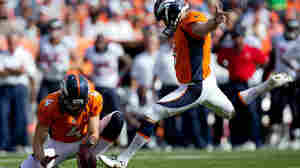 October 17, 2012 • So far this year, NFL field goal kickers have made 88 percent of their attempts. They've even made two-thirds of their tries from more than 50 yards. When kickers are that good it hurts the game, says commentator Frank Deford. 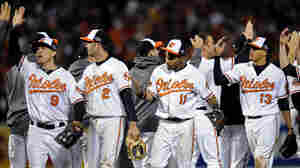 October 9, 2012 • In the world of sports — even if you move often — commentator Frank Deford says your loyalty should always be to your hometown team. 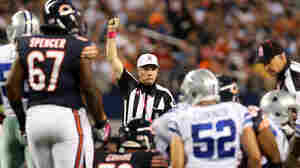 October 3, 2012 • Only two groups of people really matter in any game: the players and the officials. That's the lesson the NFL inadvertently taught football fans in the past four weeks, says Frank Deford. At many stadiums, the regular officials were greeted with loud ovations after their lockout ended.

September 26, 2012 • When sport and language intersect, they can help define how we speak and think — consider the "level playing field." And in Washington Redskins quarterback Robert Griffin III, the sons of juniors, such as Benjamin Franklin Deford III, might have found a game changer. 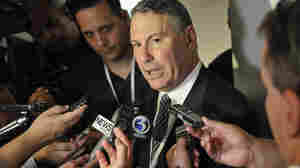 September 19, 2012 • Athletic conferences don't make much sense anymore. Commentator Frank Deford remarks on how the Big East conference is no longer as big or as east as it used to be. 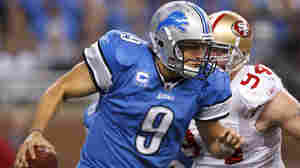 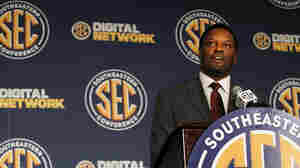 September 5, 2012 • If your football team is a member of the SEC, you don't just root for your own team — you root for the whole division. Commentator Frank Deford takes a look at Southern pride. 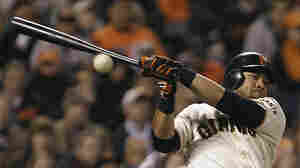 August 29, 2012 • Athletes aren't always the best role models but, for commentator Frank Deford, the worst sin they can commit is doping. 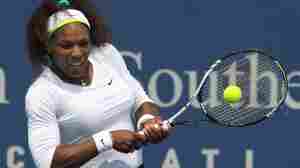 August 22, 2012 • The U.S. Open tennis tournament starts next week and, as commentator Frank Deford points out, Serena Williams may be the best reason to watch. 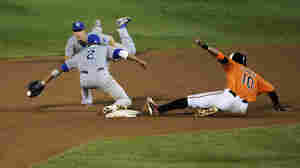 August 15, 2012 • More wild-card teams in baseball? The more the merrier, says commentator Frank Deford, as it makes the playoffs that much more exciting.