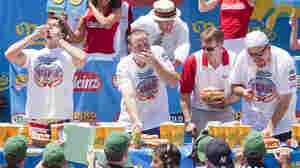 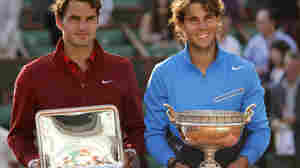 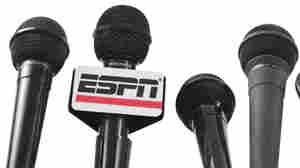 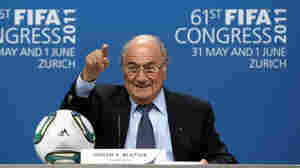 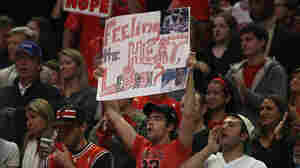 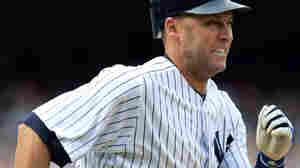 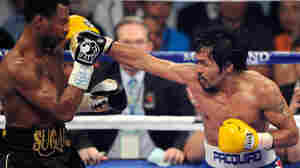 May 11, 2011 • Manny Pacquiao may be one of the greatest athletes out there right now. But, as commentator Frank Deford points out, not many people are paying attention.

May 4, 2011 • The rest of the world is crazy about soccer, but Americans love a whole range of team sports. Commentator Frank Deford wonders if that devotion is keeping us from doing well at individual sports.

Game attendance may be down, but TV ratings are higher for almost all professional sports. Sean Locke/iStockphoto.com hide caption

April 27, 2011 • Why would anyone pay to see a game in person, when he can have better seats at home? Commentator Frank Deford says that instead of paying high ticket prices, some fans just buy an HDTV. And while attendance may be down, TV ratings are way up. 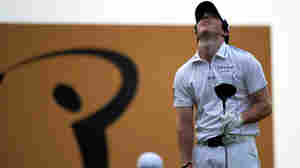 April 20, 2011 • Sports fans have seen some spectacular, even tragic, defeats in recent weeks. And some say that athletes learn more from losing than winning. Frank Deford says that's bunk — and so is the idea that the winners simply wanted it more.

NFL stars like Peyton Manning (left) and Tom Brady are most likely better positioned to cope with a delayed season than are players with fewer resources. The two quarterbacks are part of a group of players who filed an antitrust lawsuit against the league. Jamie Squire/Getty Images hide caption

April 13, 2011 • As the NFL's labor issues get bogged down in the courts, team owners know that eventually, football fans will become impatient. And if the season is delayed, the players will lose any public sympathy they originally had. 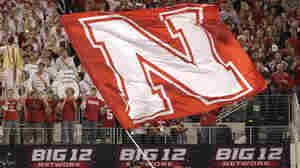 After last season, Nebraska left the Big 12. This year, the school joins the Big 10 ... which will have 12 teams. It's just more proof that there's little rhyme or reason in how sports leagues name themselves. Tony Gutierrez/AP hide caption

A League By Any Other Name: The Big National?

April 5, 2011 • Why do almost all groups of pro sports teams call themselves "leagues" — but colleges call them "conferences"? And too many of them also call themselves "Big." Maybe it's time for the Big 10 and Big 12 to think up new names for themselves.

A League By Any Other Name: The Big National?

Blame The Gloves: Many baseball players, like the Arizona Diamondbacks' Adam LaRoche, fiddle with their batting gloves during each at-bat, stretching out their time at the plate. Ross D. Franklin/AP hide caption

March 30, 2011 • With baseball's new season set to begin Thursday, commentator Frank Deford says the game needs to break with a long-standing tradition: wasting time between pitches. Because love may be eternal, and a diamond is forever — but nine innings should last only around 2 1/2 hours. 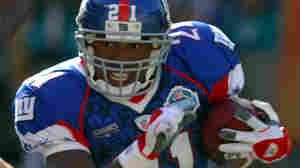 Tiki Barber retired in 2006, after a 10-year career playing for the New York Giants, but he filed papers last week to come out of retirement. Ronen Zilberman/AP hide caption

March 23, 2011 • After a hiatus, the Sports Curmudgeon is back, and he has something to say about pretty much everything: the NFL, presidential bracketology, what to name a champion and how to save the baseball season in Japan.