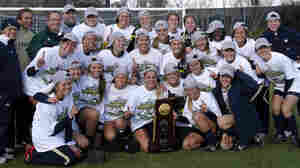 June 20, 2012 • It's been 40 years since the adoption of Title IX, the gender equity law that changed college athletics for both women and men. Commenting on the law's future, Frank Deford says that as women dominate college rolls, football fans might be in for a rude shock. 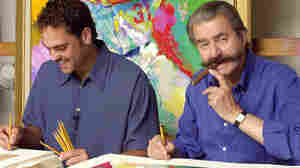 June 20, 2012 • The recent death of artist LeRoy Neiman calls for remembering a man who was humble with his success, and generous with his help. 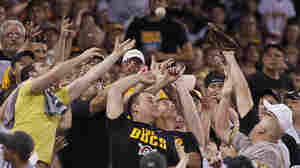 Pittsburgh Pirates fans reach for a foul ball hit into the stands by Mike Moustakas of the Kansas City Royals in the seventh inning of a game in Pittsburgh. Keith Srakocic/AP hide caption

The Language Of Baseball: In Is Out And Foul Is Fair

June 12, 2012 • Why is it called a foul ball? Why not just say it's out? Commentator Frank Deford doth wonder if the language in baseball hath Shakespearean roots.

The Language Of Baseball: In Is Out And Foul Is Fair 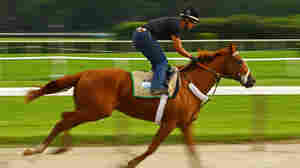 Please Sir, I'd Rather Have Another

June 6, 2012 • In the run-up to the Belmont — the final race in the Triple Crown — commentator Frank Deford explains why he doesn't want I'll Have Another to be the winning horse.

Please Sir, I'd Rather Have Another 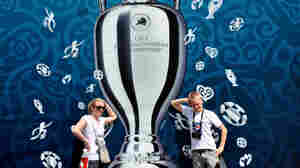 May 30, 2012 • The Olympics calls itself a "movement," but to most fans, Euro Cup soccer is a rock concert. In the coming months, Europe will host the French Open, Wimbledon, the Tour de France, the British Open and the Olympics. But the biggest draw may be soccer's quadrennial Euro Cup. 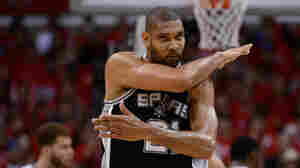 Tim Duncan and the San Antonio Spurs have won 18 games in a row as they head into the NBA's Western Conference Finals. But Frank Deford wants to know: Has anyone noticed? Harry How/Getty Images hide caption

NBA And NHL Playoffs: Does Anyone Really Care?

May 23, 2012 • The NBA and NHL seasons are coming to a close, but as commentator Frank Deford points out, you couldn't be faulted for overlooking them.

NBA And NHL Playoffs: Does Anyone Really Care? 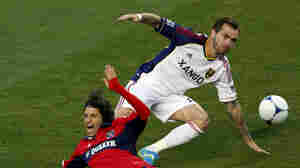 The American Way: Winners And Losers, And No Ties

May 16, 2012 • It's not whether you win or lose — it's how you play the game. But Frank Deford says its downright un-American to have a tie in sports.

The American Way: Winners And Losers, And No Ties 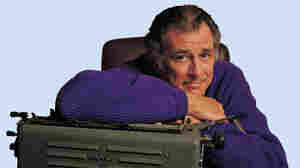 Deford: How Sportswriting Has Changed 'Over Time'

May 11, 2012 • Frank Deford says he has always been "more interested in the people than in who was winning the games." In his new memoir, Over Time, he says it used to be easier for writers to get close to athletes.

Deford: How Sportswriting Has Changed 'Over Time' 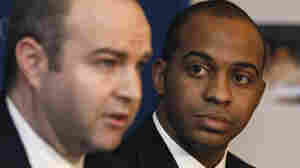 Attorney William T. Gibbs (left), and Tregg Duerson, son of former Chicago Bears player Dave Duerson, announce the filing of a wrongful death lawsuit against the NFL on Feb. 23 in Chicago. The lawsuit accuses the NFL of negligently causing the brain damage that led Duerson to take his own life at 50, by not warning him of the negative effects of concussions. Charles Rex Arbogast/AP hide caption

May 9, 2012 • Commentator Frank Deford wonders what will happen to American football as concerns over head injuries grow. 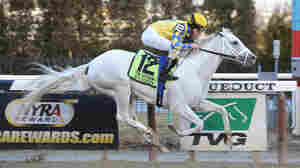 Hansen, ridden by Ramon A. Dominguez, races to the finish to win the March 3 Gotham Stakes at Aqueduct in New York. Adam Coglianese/AP hide caption

A Horse Of A Different Color

May 2, 2012 • The 3-year-old champion colt Hansen is unlikely to win this year's Kentucky Derby, but his white coloring ensures that all eyes will be on him.

A Horse Of A Different Color 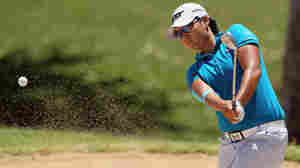 Yani Tseng of Taiwan hits a bunker shot to the ninth green during the second round of the LPGA LOTTE Championship at the Ko Olina Golf Club in Kapolei, Hawaii. Jeff Gross/Getty Images hide caption

U.S. Women In Golf, Tennis: Where Are You?

April 25, 2012 • There are lots of great American female athletes on teams, but where are the individual athletes? Frank Deford laments the lack of success by American women in individual sports like tennis and golf.

U.S. Women In Golf, Tennis: Where Are You? 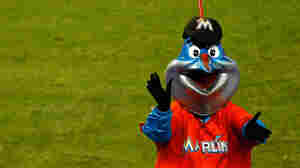 Billy the Marlin cheers during a game between the Miami Marlins and the Houston Astros at Marlins Park in Miami. Mike Ehrmann/Getty Images hide caption

Those Wild And Crazy Miami Marlins

April 18, 2012 • The Miami Marlins are back in the news. That's no surprise to Frank Deford, who thinks the team is one of the zaniest in baseball.

Those Wild And Crazy Miami Marlins 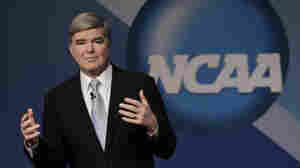 The NCAA: Is Membership Worth It?

The NCAA: Is Membership Worth It? 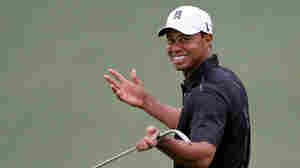 Tiger Woods at a practice round ahead of the 2012 Masters Tournament, which begins Thursday in Augusta, Ga. Woods receives the lion's share of press coverage despite his poor record over the past several years. Streeter Lecka/Getty Images hide caption

Is It Time To Tone Down The Tiger Woods Coverage?

April 4, 2012 • With the Masters tournament poised to begin Thursday, Tiger Woods continues to dominate golf coverage — despite the fact that he isn't actually winning tournaments.

Is It Time To Tone Down The Tiger Woods Coverage? 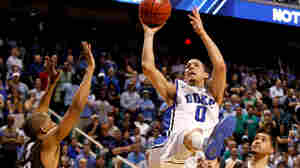 Duke freshman Austin Rivers, seen here in the Blue Devils' loss to Lehigh in the NCAA tournament, is leaving school for the NBA draft. The trend of athletes spending only one year in college has hurt the sport, says Frank Deford. Streeter Lecka/Getty Images hide caption

March 28, 2012 • This weekend, college basketball fans will be glued to TVs and computer monitors to keep tabs on the NCAA's Final Four. But as much as people love filling out brackets, the sport is being hurt by anonymous "one and done" players, says Frank Deford.