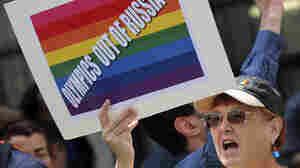 A gay-rights activist chants slogans during a demonstration in front of the Russian Consulate in New York on July 31. Gays in the United States and elsewhere are outraged by Russia's intensifying campaign against gay-rights activism. Mary Altaffer/AP hide caption

How About A Gold Medal For Human Rights For Gay People?

August 28, 2013 • Russia is pledging that the 2014 games will be free of discrimination despite its anti-gay measures. Frank Deford isn't buying it and says Olympic officials need to be accountable.

How About A Gold Medal For Human Rights For Gay People? 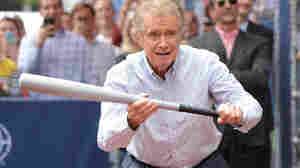 Tennis Fans: A Stadium Roof Is Coming. So Is Regis Philbin

August 21, 2013 • The centerpiece of Fox's new all-sports network is a talk show hosted by Regis Philbin, who says his credentials for the job are that he's a fan. Poor Fox. Poor Regis Philbin. This is no way to start a sports network.

Tennis Fans: A Stadium Roof Is Coming. So Is Regis Philbin 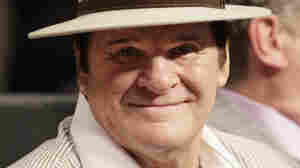 Pete Rose Should Enter The Hall Of Fame With Ichiro Suzuki

August 14, 2013 • Don't you think that sometimes, even in baseball, with all its sacred statistics, you can round numbers off and call it equal, plus or minus a margin of admiration?

Pete Rose Should Enter The Hall Of Fame With Ichiro Suzuki 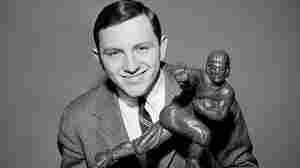 Dick Kazmaier, 'A Honey Of A Guy'

Dick Kazmaier, 'A Honey Of A Guy' 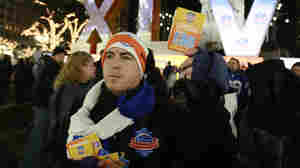 July 31, 2013 • The Super Bowl is one of the great financial bonanzas of modern times. From the players to the networks to the hotels, everybody involved with it makes a killing. 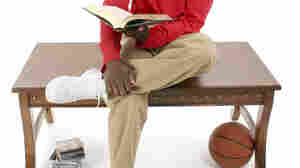 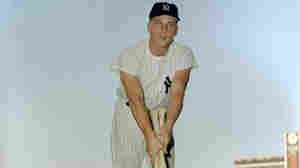 Davis says that in his opinion, Roger Maris (above) is the all-time home run record holder. Maris hit 61 homers in 1961. AP hide caption 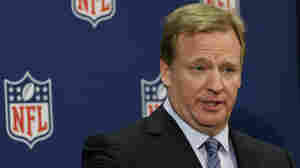 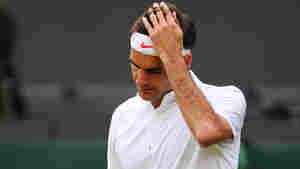 Roger Federer of Switzerland reacts during his Gentlemen's Singles second round match against Sergiy Stakhovsky of Ukraine on day three of the Wimbledon Lawn Tennis Championships at the All England Lawn Tennis and Croquet Club on June 26. Mike Hewitt/Getty Images hide caption

July 3, 2013 • After a rough loss at Wimbledon last week, many fans are wondering if this is the end for the Swiss tennis star. 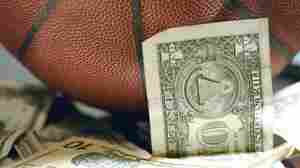 June 26, 2013 • We in the U.S. think, nostalgically, of athletics as integral to higher education, but perhaps they're so unusual that they should be entirely separated from the academic and turned into an honest commercial adjunct. 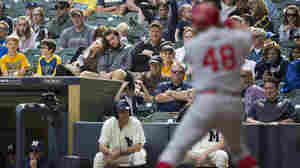 June 19, 2013 • In baseball, golf and tennis in particular, we are being slowly lulled to sleep before every pitch, every shot. Hurry up already, says commentator Frank Deford. 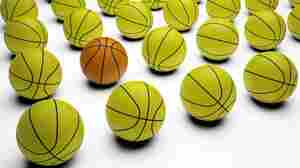 In basketball, as in life, we may dutifully celebrate the aggregate, but we're always spellbound by the exceptional. iStockphoto.com hide caption

June 12, 2013 • No matter who is playing, the art of basketball is a paradox for fans. "In basketball, as in life, we may dutifully celebrate the aggregate, but we're always spellbound by the exceptional," says Frank Deford. 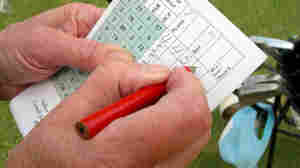 Write This Down: Keeping your own score does not make you more noble, says Frank Deford. iStockphoto.com hide caption

June 5, 2013 • When the St. Jude Classic opens on Wednesday in Memphis, Tenn., Frank Deford will be paying attention to the action on the course. He has some gripes about the requirement that players must tally their own shots. 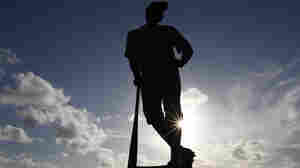 May 29, 2013 • Frank Deford puts aside his gripes this week to pay tribute to the poem by Ernest Lawrence Thayer, first published in the San Francisco Examiner 125 years ago June 3. 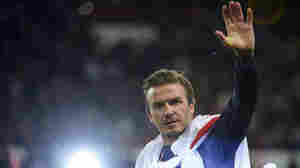 May 21, 2013 • After the announcement that David Beckham is retiring, there's been much discussion about how good of an athlete he's really been. Sports commentator Frank Deford says Beckham's talents have been overlooked.