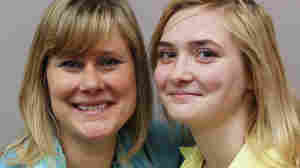 April 29, 2012 • Two teachers on either end of the country have made lasting impressions on their students. They stepped up to mentor and comfort children with difficult home lives — and they're still there for them today. 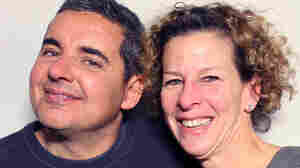 Marco Ferreira and Wendy Tucker talked about life after his accident and injuries, during a visit to StoryCorps in San Francisco. StoryCorps hide caption

April 27, 2012 • Before Marco Ferreira had an accident that left him in a coma for six weeks, he was known for his sarcasm and quick wit. Kids bugged him. Now, he says, he has a "second chance to be good."

April 20, 2012 • After the marriage between James Hanson-Brown and Lisa Combest ended, something unusual happened: Their relationship deepened. 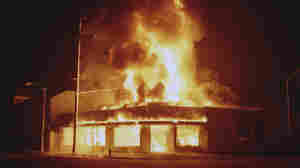 A store burns during the Los Angeles riots in April 1992. Three colleagues at a local radio station watched the riots from their studio on Crenshaw Boulevard, as listeners called in to share their own stories. Douglas C. Pizac/AP hide caption

April 13, 2012 • Two decades after the Los Angeles riots, three former colleagues from the city's KJLH radio station recall watching the violence unfold from their studio window on Crenshaw Boulevard. The music station switched to an all-talk format for several days, as listeners called in to share what they were witnessing across the city. 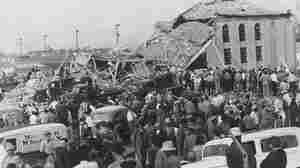 April 6, 2012 • One of the worst school disasters in American history occurred 75 years ago, when an explosion killed hundreds of students at a school in East Texas. The traumatic event etched itself into the memory of Kenneth Honeycutt, now 83.

As A Life's End Draws Near, A Father And Son Talk

March 30, 2012 • In 2010, David Plant was diagnosed with skin cancer. The cancer has since metastasized to other parts of his body, and David is now contemplating the end of his life. So, just before his 81st birthday, he sat down with his stepson to talk about their life together.

As A Life's End Draws Near, A Father And Son Talk

March 25, 2012 • In high school, Raul Bravo asked himself whether it was worth getting a diploma. Friends were making fast money drug dealing, and four years seemed like a long time. But then his automotive teacher told him he had a decision to make. 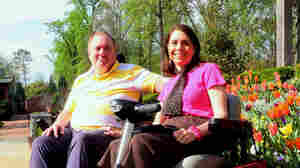 Dorothy Biebrich's red scooter helped Winslow Jackson break the ice with her back in 2006. Today the couple, shown here at the Atlanta Botanical Garden, spend their days having fun together. Courtesy of the Jacksons hide caption

toggle caption
Courtesy of the Jacksons

Two Lost Souls Find Each Other In A Hospital

March 22, 2012 • Winslow Jackson and Dorothy Biebrich were two singles struggling to deal with multiple sclerosis when they met in 2006. Six years later, the two hope they are good examples of how to live life. Now, if one of their scooters goes down, the other one can pull or push to help.

Two Lost Souls Find Each Other In A Hospital 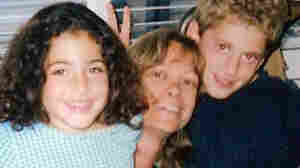 March 16, 2012 • Back in 1995, one violent night reshaped the young lives of Phil and Laura Donney. Their parents were arguing, and their father murdered their mother. Phil was 7; his sister was 4. From then on, the children were raised by their mother's sisters. 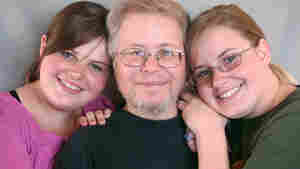 Amanda, Les and Thea GrantSmith spoke about Les' transition from a woman to a man in 1997. StoryCorps hide caption

March 7, 2012 • This spring, Les and Scott GrantSmith will mark their 25th wedding anniversary. The couple raised two daughters along the way. But 15 years ago, they hit a crisis that nearly broke the family apart. They solved it by embracing a unique approach — and each other. 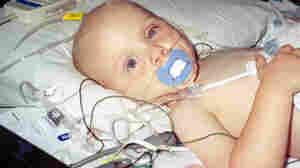 Before he was three years old, Grant Coursey underwent several surgeries for a cancerous tumor. The Coursey Family hide caption

March 2, 2012 • When Grant Coursey was a toddler, he was diagnosed with neuroblastoma, a cancer often found in young children. A tumor had wrapped itself around his spinal cord and was pushing against his lungs. It took three surgeries, but Grant is cancer-free.

A Vietnam Vet Teaches More Than The Alphabet

February 26, 2012 • Ron Cushman's journey to teaching started when he was severely wounded in the Vietnam War. Having a hook for a hand made him nervous around students until he found a way to make his injury a part of the lesson.

A Vietnam Vet Teaches More Than The Alphabet 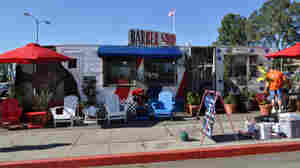 February 24, 2012 • To help U.S. troops ease back into civilian life, veteran Anthony Bravo Esparza has set up a trailer in the parking lot of a Veterans Affairs campus. There, he gives the returning soldiers free haircuts — and a friendly, safe space to hang out. 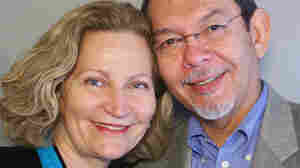 Professor Hits A Wall And Falls In Love

February 17, 2012 • Blinded by blond hair and a flash of ankle, Henry Flores walked into a wall outside Gwendolyn Diaz's new office. Twice. Still, he managed to get her attention, and the two professors have been together ever since.

Professor Hits A Wall And Falls In Love

Scheming Parents Set Their Kids Up — And It Works

February 10, 2012 • When Steven Ketcham met Alexandra Budny's mother, she told him, "I'm going to be your future mother-in-law." There was only one catch: Steven had never met Alexandra. But their parents had already decided they were perfect for each other.

Scheming Parents Set Their Kids Up — And It Works