May 25, 2020 • The U.S. is approaching a grim milestone: 100,000 coronavirus deaths. Brazil's COVID-19 cases have surged, and the White House is clamping down on Brazil with a new travel ban.

Officials Start Planning For The Next Presidential Transition

May 25, 2020 • Even though Election Day 2020 is a little less than six months away, the law requires officials to start planning for the next presidential transition. It may have to be done virtually this year.

Officials Start Planning For The Next Presidential Transition

May 25, 2020 • A U.S. District judge declared unconstitutional a Florida law requiring felons to pay court fees and fines before they can regain the right to vote. He said the law effectively created a poll tax.

Large Beach Crowds In Florida Turn Out For Holiday Weekend

Large Beach Crowds In Florida Turn Out For Holiday Weekend

May 25, 2020 • An unusual coalition is forming in the Texas city to oppose President Trump's border wall. The city is standing up to the Justice Department, which is trying to seize hundreds of acres of land there.

May 25, 2020 • NPR's Rachel Martin talks to Democratic State Sen. Vin Gopal of New Jersey about how his district is coping with coronavirus restrictions. He says the state must reopen responsibly. 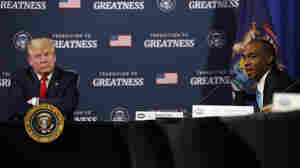 May 22, 2020 • The White House says it might extend "opportunity zone" tax breaks to help struggling neighborhoods after the pandemic. But critics say the program mostly helps wealthy investors.

May 20, 2020 • The sexual assault allegation against Joe Biden was met with a forceful denial and Democratic unity. The GOP saw a double standard. But the MeToo movement may not be politicized much in this campaign. 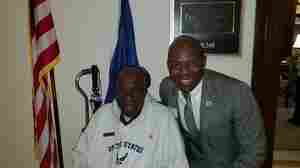 Rob Grier says if he weren't taking care of him, his dad, Robert Grier Sr., would probably need to be in a nursing home. Courtesy of Rob Grier hide caption

May 16, 2020 • Veterans' homes have been ravaged by the virus. The VA has just announced new rules for its caregivers program, but veterans' groups fear thousands will be left behind.

May 19, 2020 • In the early 2000s, war games about pandemics started popping up. But at the time, the outbreak threat couldn't compete with more visible national security concerns like wars and terrorist attacks. 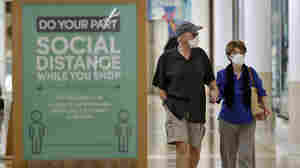 Shoppers began showing up earlier this month at International Plaza in Tampa, Fla. Mall business has been slow to pick up, with a lot of people still reluctant to venture out. Chris O'Meara/AP hide caption

May 18, 2020 • Governors around the country have begun slowly allowing stores, restaurants and malls to serve customers again. But it won't count for much if people are afraid to venture out.

May 19, 2020 • The return of nearly 3,000 paratroopers from the 82nd Airborne from the Middle East was held up for weeks by the military's coronavirus-triggered travel ban. They're coming back to a changed nation. 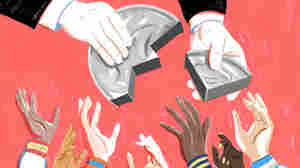 Congress Gave Colleges A $14 Billion Lifeline. Here's Where It's Going

May 18, 2020 • Like so many sectors of the economy, higher education is taking a big hit from the pandemic. The U.S. Department of Education has so far distributed more than $10 billion in relief funds to colleges.

Congress Gave Colleges A $14 Billion Lifeline. Here's Where It's Going

More Migrants From India Try To Get Into U.S. From Mexico

May 18, 2020 • Before the pandemic, 100 times more Indians were being detained annually on the U.S.-Mexico border, compared to 10 years ago. Officials say the economic migrants believe smugglers promising asylum.

More Migrants From India Try To Get Into U.S. From Mexico

Hundreds Of Prisoners Have Died In U.S. From Coronavirus

May 17, 2020 • At least 25,000 inmates in American prisons have tested positive for the virus. Inmates in Indiana say their complaints are being ignored.

Hundreds Of Prisoners Have Died In U.S. From Coronavirus 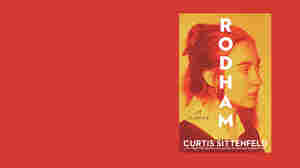 May 17, 2020 • Curtis Sittenfeld's latest novel imagines a life for Hillary Rodham in which she turns down Bill Clinton's proposals and forges a career for herself, as a law professor and later a politician. 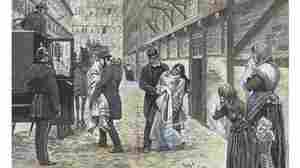 May 6, 2020 • Lesson No. 1: Have "proper precautions in place," says historian Richard Evans. And don't "try to hush it up." Thousands died in Hamburg after the government failed to acknowledge a cholera outbreak.

President Trump Is Rooting For Reopening Of Professional Sports

May 13, 2020 • President Trump has put a priority on getting sports running again after the coronavirus lockdown. But this idea is facing various logistics and safety challenges.

President Trump Is Rooting For Reopening Of Professional Sports

Millions Of Americans Have Lost Health Insurance As Unemployment Soars

May 13, 2020 • A report from the Kaiser Family Foundation estimates that 27 million people have recently lost health insurance, which most people get through their jobs. Getting new coverage can be complicated.

Millions Of Americans Have Lost Health Insurance As Unemployment Soars 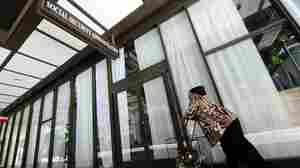 A woman passes a closed Social Security Administration office in Los Angeles in 2013. Some 53,000 of the agency's workers are now working from home. Frederic J. Brown/AFP via Getty Images hide caption

May 5, 2020 • Some 53,000 of the Social Security Administration's employees are working from home. And the agency's backlog of pending cases has fallen by 11% since March 23.