March 28, 2020 • We discuss the federal government's response to the coronavirus pandemic, as well as the points of tension between President Trump and some governors demanding more resources for their state.

How The Coronavirus Crisis Is Changing Bernie Sanders' Campaign Message

March 28, 2020 • Just a couple of weeks ago, Sen. Bernie Sanders was facing constant losses in primaries and calls to drop out. But the coronavirus crisis may be changing his campaign's outlook.

How The Coronavirus Crisis Is Changing Bernie Sanders' Campaign Message

March 28, 2020 • Ventilators and other key supplies still are badly needed in New York, the state hardest hit by the COVID-19 virus so far. Social distancing may be slowing growth, but the worst is yet to come. 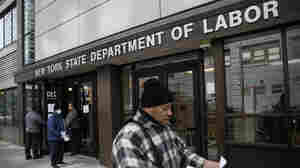 The economic rescue package passed by the Senate this week would let gig workers and other self-employed people seek unemployment benefits they wouldn't normally qualify for. John Minchillo/AP hide caption

March 27, 2020 • Uber drivers, Airbnb hosts and other gig workers who have lost their livelihoods because of the coronavirus pandemic would get some relief under the proposed new $2 trillion federal rescue package.

March 27, 2020 • Governors are questioning how to balance public safety with states' financial welfare during the coronavirus outbreak. We spent the day with Gov. Jared Polis, Democrat from Colorado. 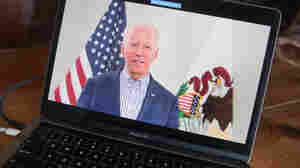 Former Vice President Joe Biden holds a virtual campaign event on March 13. Since the coronavirus outbreak has grounded campaigning, his staff has spun up a strategy for reaching voters on the internet and TV more aggressively. Scott Olson/Getty Images hide caption

March 25, 2020 • Often overshadowed online by his rivals, Joe Biden is holding virtual town halls and fundraisers. He's also trying to compete for TV airtime as the country is consumed by a historic crisis.

March 25, 2020 • A lawsuit has been filed accusing Sen. Burr of improperly profiting from insider knowledge. Legislation is being introduced in the House that would ban lawmakers from trading any individual stocks.

Gov. Beshear Receives Praise For His Handling Of Coronavirus Pandemic

March 25, 2020 • Kentuckians are loving Gov. Andy Beshear's leadership on the COVID-19 crisis. The fandom has produced a deluge of memes and videos online that are helping the state cope with these uncertain times.

Gov. Beshear Receives Praise For His Handling Of Coronavirus Pandemic 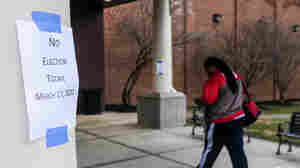 March 24, 2020 • There is growing interest in expanding voting by mail, at least for the remainder of 2020, in order to keep poll workers and voters safe. But there are many challenges to pulling it off. 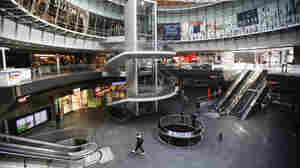 A pedestrian passes a nearly empty subway and retail complex in lower Manhattan as businesses are closed due to coronavirus concerns on Monday. John Minchillo/AP hide caption

March 16, 2020 • Retailers, bars, restaurants, gyms, ski resorts and many other firms are closing their doors. Millions of small businesses could be in trouble as they run out of cash. See a list of what's closed.

March 17, 2020 • NPR's Steve Inskeep talks to Nicholas Calio of Airlines for America about airlines asking the federal government for over $50 billion in financial assistance as businesses take a hit due to COVID-19.

Birth Of The Taliban

March 14, 2020 • After being removed from power in 2001, the Taliban signed a peace deal with the U.S. last month. A look at the origins of the group whose political fortunes seem to have come full circle.

Birth Of The Taliban

March 11, 2020 • ICE is using a new tool to get sanctuary communities to cooperate with immigration enforcement. Critics say this maneuver has the same legal problem as past efforts. But the new tactic is working.

Why Joe Biden Is The Pragmatic Choice For Black Voters

Why Joe Biden Is The Pragmatic Choice For Black Voters

March 10, 2020 • An industrial corridor in Louisiana is expanding again, fueled by the boom in natural gas. Residents worried about air pollution have launched new efforts to stop the factories. 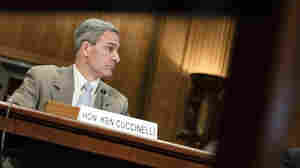 Ken Cuccinelli testified before the Senate Homeland Security Committee during a hearing on the government's response to the coronavirus (COVID-19) outbreak on March 5, 2020. Cuccinelli is the senior official performing the duties of the deputy secretary at DHS. Samuel Corum/Getty Images hide caption

March 9, 2020 • The Trump administration is increasingly turning to an obscure bureaucratic tactic to fill top government jobs without Senate confirmation. But critics say that may violate federal law.

Life Kit: How To Vote

March 8, 2020 • Three steps voters can follow in order to vote in this year's elections.

Life Kit: How To Vote

March 8, 2020 • The documentary The Trade takes a look at the immigration crisis on the U.S. southern boarder. Producer Monica Villamizar talks with NPR's Lulu Garcia-Navarro about it.