Accessibility links
Treating The Tiniest Opioid Patients When babies are born to women who used opioid drugs during their pregnancies, they often suffer serious symptoms of withdrawal. Hospitals are rethinking the best way to help the whole family. 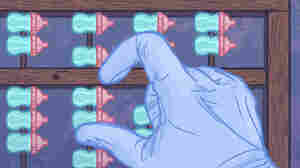 March 28, 2016 • Getting good information is critical to figuring out where resources need to go to treat newborns dependent on opioids. Pennsylvania relies on old and incomplete statistics, but that may be changing. 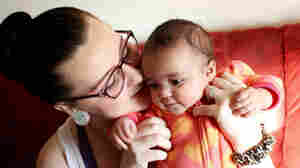 Amanda Hensley with her daughter, Valencia. Hensley says several hospitals and clinics she contacted were reluctant to help her quit her opioid habit. "Nobody wants to touch a pregnant woman with an addiction issue." Sarah Jane Tribble/WCPN hide caption

March 28, 2016 • Guilt still haunts a new mother who was addicted to opioids when she got pregnant. Once she was ready to ask for help, treatment programs that could handle her complicated pregnancy were hard to find. 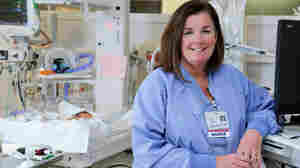 Carolyn Rossi, a registered nurse at the Hospital of Central Connecticut, says the opioid epidemic has required nurses who used to specialize in care for infants gain insights into caring for addicted mothers, as well. Rusty Kimball/Courtesy of Hartford HealthCare hide caption

March 26, 2016 • When a woman addicted to opioids gives birth, she is too often dismissed as an obstacle to her infant's health. A Connecticut hospital is challenging that attitude — and the culture of care. 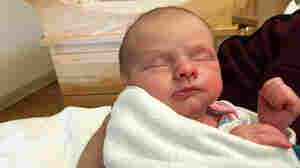 March 25, 2016 • More babies are being born dependent on opioids. The good news is they can safely be weaned from the drug. But there is little research on which medical treatment is best, or on the long-term effects.