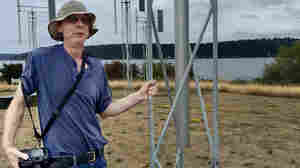 Rick Johnson visits a scenic shoreline in Seattle that's home to A Sound Garden, an outdoor sculpture. The area used to be a popular destination until access was restricted after Sept. 11. Martin Kaste/NPR hide caption

September 11, 2016 • Fifteen years later, some of the places with heightened security restrictions following the terrorist attacks remain that way. Access to an outdoor sculpture in Seattle, for example, is still tight.

September 11, 2016 • After Sept. 11, the difficult conversation began about compensating survivors and assessing the long-term value of a lost human life. It fell to Special Master Kenneth Feinberg to administer it.

September 11, 2016 • The Rev. Dr. Daniel P. Matthews, the rector at Trinity Church on Wall Street during the Sept. 11 terrorist attacks, discusses his experience and the ways Lower Manhattan has changed since. 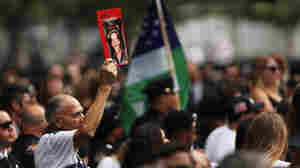 A commemoration ceremony is held for the victims of the Sept. 11 terrorist attacks on Sunday at the National September 11 Memorial and Museum in New York City. Spencer Platt /Getty Images hide caption

September 11, 2016 • The names of each of the nearly 3,000 victims of the Sept. 11 attacks were read at a ceremony at the World Trade Center site in New York City. Events were held nationwide, including D.C. and Pa. 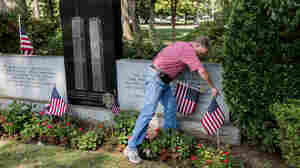 September 10, 2016 • Fifteen years after the Sept. 11 attacks, the remains of 40 percent of the World Trade Center victims have not been identified. Their families have been waiting for advances in DNA technology. 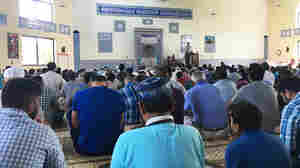 In Fight Against Islamophobia, Muslim Americans Focus On The Ballot Box

September 10, 2016 • After three Muslims were killed recently in Queens, community leaders in New York and elsewhere say Islamophobia is at a high, even 15 years after Sept. 11. Their solution: getting out the vote.

In Fight Against Islamophobia, Muslim Americans Focus On The Ballot Box 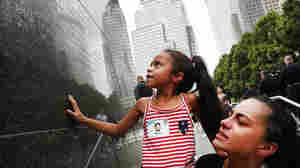 September 10, 2016 • Fifteen years after Sept. 11, some schools are grappling with how to teach the terrorist attacks and their aftermath to a new generation of students. 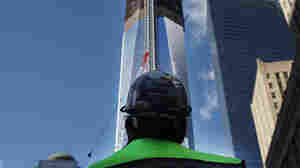 A construction worker looks up at One World Trade Center in New York City, the central skyscraper under construction at Ground Zero, a year before its 2013 completion. Spencer Platt/Getty Images hide caption

September 10, 2016 • In 2001, NPR's Dina Temple-Raston interviewed two men who had been hauling away what was left of the World Trade Center towers. Fifteen years later, she went back to find them.

September 10, 2016 • Out of tragedy, comes humanity and generosity: Shirley Brooks-Jones speaks to NPR's Scott Simon about how the residents of Gander, Newfoundland, helped her and thousands of stranded passengers. 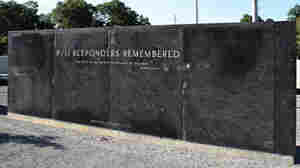 Honoring The Other Fallen Of Sept. 11: Sickened Ground Zero Volunteers

September 9, 2016 • First responder John Feal created a memorial for other Sept. 11 responders who died not on the day, but of health issues related to working at ground zero.

Honoring The Other Fallen Of Sept. 11: Sickened Ground Zero Volunteers 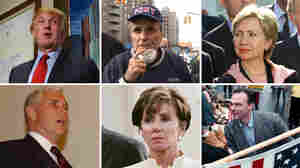 September 9, 2016 • Hillary Clinton was the junior senator from New York on Sept. 11, 2001. Donald Trump was focused on real estate. Here, a look at where other political players were in their careers 15 years ago.

Post Sept. 11: Why Preventing Terrorism Is Still A Major Challenge

September 9, 2016 • As the 15th anniversary of Sept. 11 nears, former Congresswoman Jane Harman talks to Renee Montagne about how the intelligence world has changed. Harman is now head of the Woodrow Wilson Center.

Post Sept. 11: Why Preventing Terrorism Is Still A Major Challenge

For Shanksville Landowner, Downing Of Flight 93 On Sept. 11 Is Personal

September 9, 2016 • Sunday is the 15th anniversary of the Sept. 11 attacks. Tim Lambert, a host at member station WITF in Harrisburg, Pa., owns land in Shanksville, where Flight 93 went down; he reflects on the tragedy.

For Shanksville Landowner, Downing Of Flight 93 On Sept. 11 Is Personal 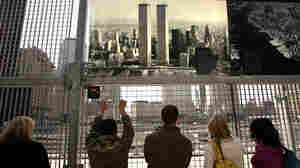 People look out at the former site of the World Trade Center in New York City in 2005, where construction had started on Freedom Tower. Spencer Platt/Getty Images hide caption 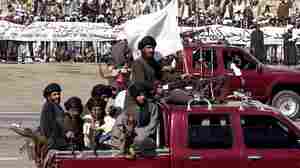 Members of the Taliban militia ride in vehicles during Afghanistan's annual Independence Day parade in Kabul on Aug. 19, 2001. Afghanistan was largely cut off from the world during the Taliban's rule from 1996 to 2001. That changed dramatically after the Sept. 11 attacks. Saeed Khan/AFP/Getty Images hide caption

September 8, 2016 • The attacks came at a time when Afghanistan was under harsh Taliban rule, isolated from the world and on the verge of famine. Reporter Hannah Bloch, who was in Kabul on Sept. 11, recalls the day. 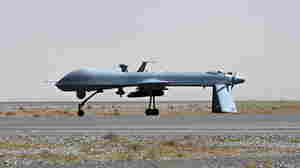 A U.S. Predator drone sits on the tarmac at the Kandahar military airport in southern Afghanistan in 2010. The U.S. has been using drones more and more frequently since the Sept. 11 attacks. They have been highly effective on the battlefield, but have raised legal and ethical issues. Massoud Hossaini /AP hide caption

September 8, 2016 • Since the Sept. 11 attacks, the drone has become America's go-to weapon when it comes to tracking and killing extremists. But drones have raised many legal, moral and ethical issues. 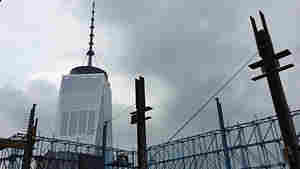 September 7, 2016 • How have developers balanced respect for ground zero's history with taking advantage of some of the most valuable property in the world? 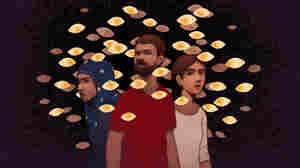 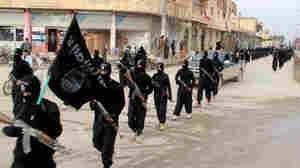 Islamic State fighters march in Raqqa, Syria, in an undated file photo released in 2014. The U.S. has been bombing ISIS in Syria and Iraq for the past two years. A U.S. Army captain has sued President Obama, arguing the U.S. war against the extremist group is not legal because the U.S. Congress has not authorized it. Uncredited/AP hide caption

September 6, 2016 • After the Sept. 11 attacks, Congress authorized the president to act against those responsible. Presidents Bush and Obama have cited that measure ever since in pursuit of multiple groups. 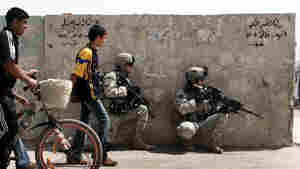 U.S. Army soldiers take up a position during a patrol in Baghdad in 2007. The U.S. has been waging war nonstop for 15 years since the Sept. 11 attacks. Despite the protracted conflicts and disappointing results, U.S. involvement in multiple wars appears set to continue for years to come. Joe Raedle/Getty Images hide caption

Sept. 11 Legacy: One Endless War Against Many Radical Enemies

September 6, 2016 • The U.S. went to war after Sept. 11 and has now been fighting for 15 years, the longest unbroken period in its history. Despite disappointing results, there's broad consensus it should continue.