Accessibility links
Investigating The Wells Fargo Scandal Wells Fargo is embroiled in a scandal for taking advantage of customers by opening as many as 2 million accounts without their consent. 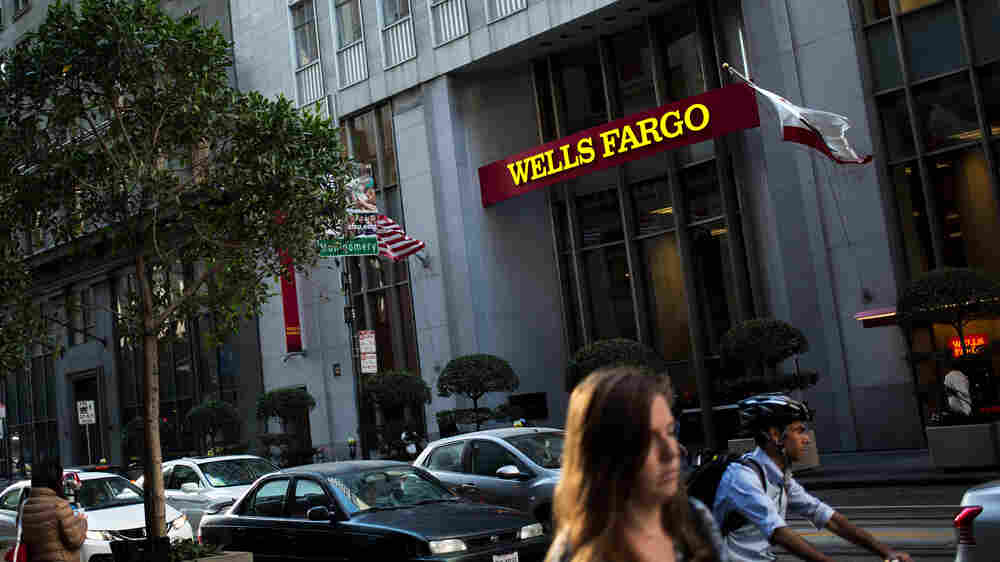 October 4, 2016 • Wells Fargo workers blame a toxic high-pressure sales culture for pushing some workers to engage in deceptive practices — even in the bank branch at the company's headquarters in San Francisco. 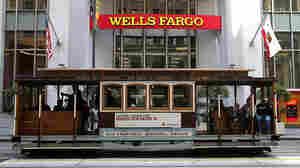 October 7, 2016 • We take you inside the headquarters of Wells Fargo bank. It's a place where a bunch of young, stressed-out workers were rewarded for doing some very bad things.

October 14, 2016 • Wells Fargo's CEO has said the banking scandal was the the fault of some bad apples at the company who have been fired. But former workers are now speaking out and telling NPR they were "good apples," and they were fired, too. Some were fired after calling the company's ethics line repeatedly to complain about the gaming and fraud and oppressive sales culture at the company. And some say being fired by Wells Fargo a few years ago has badly damaged their careers ever since. 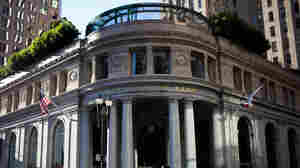 In the ongoing scandal engulfing Wells Fargo, the bank says it fired wrongdoers. But some workers say they were trying to blow the whistle and Wells Fargo fired them. Ariel Zambelich/NPR hide caption

October 21, 2016 • In the ongoing scandal engulfing Wells Fargo, the bank says it fired wrongdoers. But some workers say they were trying to blow the whistle and Wells Fargo fired them. 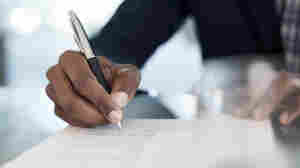 October 28, 2016 • Banks like Wells Fargo have a weapon that can destroy an employee's career: A form. A long, boring form most people don't even know exists. 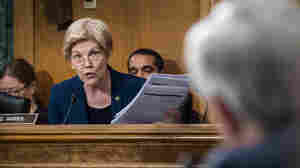 November 4, 2016 • Elizabeth Warren and two other senators are asking the bank about reports of retribution against would-be whistleblowers. The senators cite NPR reports about workers who were fired or pushed to quit.

December 30, 2016 • Ex-workers who resisted pressure to push banking products on customers who didn't want them say Wells Fargo retaliated against them by docking their permanent record, sabotaging future job prospects.