Accessibility links
What Makes Us Click Morning Edition explores how technology affects the way we find and think about love. 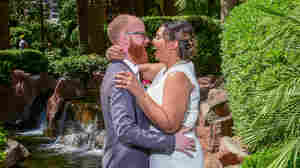 Kevin Biely, 37 and Kat McClain, 28, on their wedding day in Las Vegas. In 2017, NPR documented their first date, which was set up by a matchmaker. Courtesy of Cahsman Photo hide caption

April 24, 2019 • In 2017, NPR documented the first date of a couple paired by a professional matchmaker, for a story about modern dating. A year after their first date, the couple got engaged, and they recently wed. 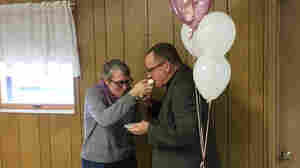 Anna Fiehler and Heinz Raidel met on Match.com and lived about two hours away from each other in Ohio. They married in early 2017. Courtesy of Anna Fiehler hide caption

January 30, 2018 • Young people aren't the only ones logging on to find love. For Anna Fiehler, a 56-year-old newlywed, online dating helped her find love after her divorce — but it was not without its challenges. 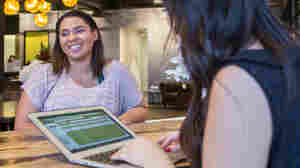 January 23, 2018 • Kat McClain describes herself as a long-time dating app user, but it eventually felt like a grind. Frustrated by the process, she hired a matchmaker who helped vet dates and up her online dating game. 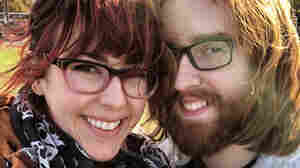 Elizabeth and David visited each other four times for a total of 54 days, and on their most recent visit, David proposed and then bought a house for them in Wales. Courtesy of Elizabeth Schunck hide caption

January 21, 2018 • The odds of finding your future mate on an anonymous chat site seem low. But that's how a woman in Detroit and a man in Wales met. And their romance blossomed thanks to apps like Snapchat and Skype. 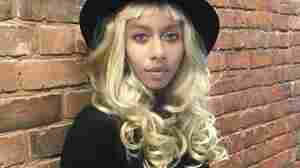 In 2015, Hadiya Roderique set up an online dating profile on OkCupid. After she suspected her race affected the amount of messages she received, she decided to try an experiment. Courtsey of Hadiya Roderique hide caption

'What Would My Experience Be Like If I Were White?' An Online Dating Experiment

January 16, 2018 • In 2015, Hadiya Roderique set up an online dating profile on OkCupid. After she suspected her race affected the amount of messages she received, she decided to try an experiment.

'What Would My Experience Be Like If I Were White?' An Online Dating Experiment

January 16, 2018 • A few years ago, Elizabeth Schunck was living near Detroit, stuck in an unhappy marriage and feeling more lonely than she says she'd ever been. Looking for connection, she went on a random chat app. 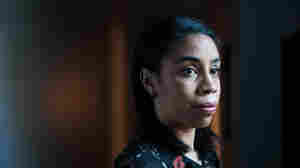 Ari Curtis, author of Least Desirable, a blog about dating as a black woman. Kholood Eid for NPR hide caption

January 9, 2018 • Research shows that online dating coincided with an increase in interracial marriages. But some dating app users say that Asian men and black women can still have a tougher time finding love online. 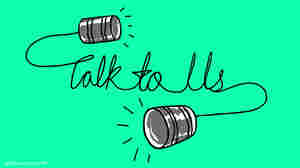 Tell us your stories about online dating and discrimination. NPR hide caption

Tell Us Your Story About Online Dating And Discrimination

January 9, 2018 • NPR's Ashley Brown recently spoke with dating app users about racial bias. Now it's your turn to tell us about your experiences with online dating and identity. 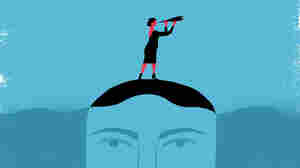 In the lingo of online dating, submarining begins when someone with whom you have romantic involvement ghosts — or disappears from your life without notice — only to resurface with no apology. Hanna Barczyk for NPR hide caption

From 'Bae' To 'Submarining,' The Lingo Of Online Dating

January 7, 2018 • The new ways to flirt, date and find love mean new lingo to describe the adventures — or misadventures — of online dating. Here are some of the words and terms in the lexicon. 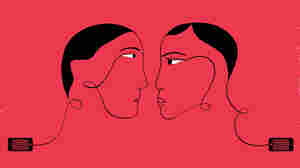 Late December through Valentine's Day is the busiest time of the year for dating apps and sites, according to Match.com. Hanna Barczyk for NPR hide caption

January 2, 2018 • As Americans try new ways to connect, the norms of dating are evolving. So how has online dating changed the connections we make?

Listen · 5:38 5:38
More from What Makes Us Click
Browse archive or search npr.org