Accessibility links
Precision Medicine: Will DNA Data Plus Personal Health Info Pay Off? Medical researchers are increasingly combining DNA sequencing with personal health data to develop new tests and treatments for disease. It's unclear if the results will be effective and affordable. 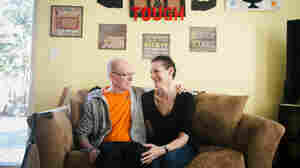 Ben and Tara Stern relax at home in Essex, Md. Ben was diagnosed with glioblastoma in 2016. After conventional treatment failed to stop the tumor, Ben tried an experimental drug. Meredith Rizzo/NPR hide caption

January 15, 2018 • Sequencing the DNA of cancer tumors to help pinpoint treatment is an emerging element of precision medicine. While patients and doctors alike want these tests, they often don't benefit patients. 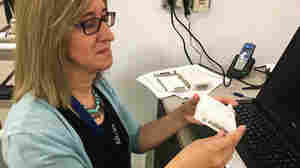 Mine Cicek, an assistant professor at the Mayo Clinic, processes samples for the All of Us program. Richard Harris/NPR hide caption

December 31, 2017 • Federal researchers are collecting blood samples from 1 million Americans as part of an effort called "precision medicine." But some critics worry that the path ahead is expensive and unclear. 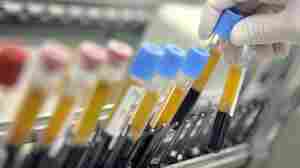 December 29, 2017 • The goal is to customize treatments for cancer and other diseases to a patient's own biology. But something as simple as failing to take care of tissue samples en route to the lab can derail that. 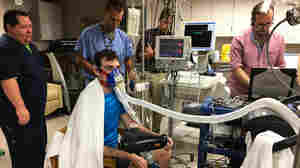 Volunteer Greg Ruegsegger is outfitted with monitors, a catheter threaded into a vein and a mask to capture his breath in an experiment run by Joyner to measure human performance. Richard Harris/NPR hide caption

December 28, 2017 • Hundreds of millions of dollars are pouring into research labs in an effort to collect genetic information on a million people. But some skeptics say the focus should be on humans themselves, not DNA.

Listen · 7:18 7:18
More from Precision Medicine: The Hope And The Hype
Browse archive or search npr.org