Accessibility links
Blackout In Puerto Rico For a decade, the nation's largest banks made millions as Puerto Rico approached financial ruin. Then, with the island's infrastructure crumbling and vulnerable, a category 4 hurricane came barreling in. 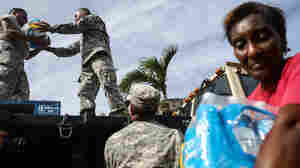 July 13, 2018 • Problems included a lack of key supplies on Puerto Rico before the storm, unqualified staff and challenges with delivering emergency supplies, according to the internal report. 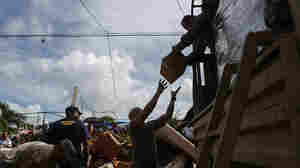 June 14, 2018 • Internal documents show FEMA failed to get enough supplies to Puerto Rico before the storm and then scrambled to supply them after. Democrats in Congress call for an independent commission. 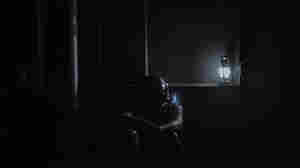 Jaime Degraff sits outside on Sept. 23, 2017, as he waits for the Puerto Rican electrical grid to be fixed after Hurricane Maria. The island is still struggling with power outages. Carol Guzy/ZUMA Press hide caption

May 2, 2018 • For years, the nation's largest banks made millions off Puerto Rican debt as the island approached financial ruin. Then, with its infrastructure crumbling, a Category 4 hurricane barreled in.