Accessibility links
On The Sidelines Of Democracy In recent midterm elections, a majority of American voters did not show up to the polls. NPR talked to nonvoters in various states to explore why some can't cast a ballot and why many don't want to. 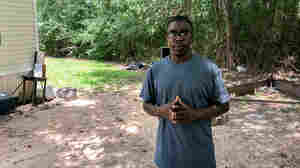 Merritt Hubert was kicked off the voting rolls in 2015, accused of not living at the address on file (the yellow home on the left behind him). "Basically, I think it's a racism thing," said Hubert. "They want whites to run the town." Asma Khalid / NPR hide caption

September 13, 2018 • Many people who want to vote face obstacles like past criminal records, voter ID laws and purging of voter rolls. Even if they aren't barred from voting, they may be kept from the polls. 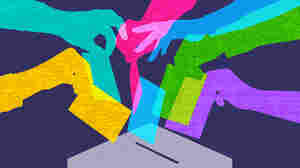 September 10, 2018 • In recent midterms, 4 in 10 eligible voters cast ballots. Nonvoters talk of apathy, disgust, barriers and other reasons. But those who don't vote, and their interests, can be ignored by candidates.

Listen · 7:02 7:02
More from On The Sidelines Of Democracy
Browse archive or search npr.org