Accessibility links
China Unbound An in-depth series reported from more than a dozen countries on six continents about what an emboldened China means for the world. 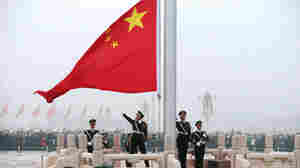 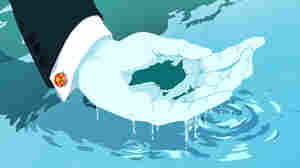 October 2, 2018 • China has had a profound economic and political impact Down Under. Now Australia and New Zealand are taking steps to fight back. 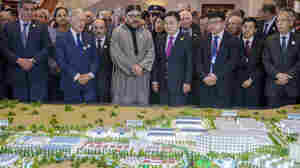 Moroccan King Mohammed VI and Li Biao, chairman of the Chinese Haite Group, are at the center of the launch of a Chinese investment project in Morocco, in March 2017. Fadel Senna/AFP/Getty Images hide caption

October 3, 2018 • The Mohammed VI Tangier Tech City would stand in monument to China's expansion into a North African nation on Europe's doorstep. But experts say the project has stalled. 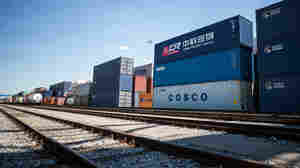 Containers from China are stacked next to the train station in the Duisburg port in July. Approximately 25 trains a week use a new connection between Duisburg and the Chinese cities of Chongqing and Yiwu. Several European countries use the railway for trading goods both from and into China. Maja Hitij/Getty Images hide caption

October 3, 2018 • Beijing wants to up its manufacturing game to make high-end technology — so it has gone on a buying spree, acquiring key German tech firms. 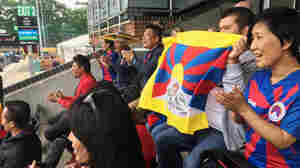 Tibetans cheer on a Tibetan team at a soccer tournament in London. Fans say they were pleased and surprised that the tournament organizers didn't succumb to pressure from potential sponsors and dump the Tibetan team to avoid angering the Chinese government. Frank Langfitt/NPR hide caption

October 3, 2018 • China's leaders try to muzzle free expression beyond their borders, inside liberal democracies, when speech contradicts the Communist Party line on issues like the status of Tibet and Taiwan. 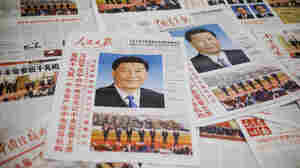 The front page of the Communist Party's flagship newspaper the People's Daily (center) and other papers are seen one day after the unveiling of the new Politburo Standing Committee in Beijing last year. Thomas Peter/Reuters hide caption

October 4, 2018 • Under President Xi Jinping, China has devoted massive resources to burnish its global image and focus overwhelming media attention on its leader. Now, "Xi Jinping is the message," observes one expert. 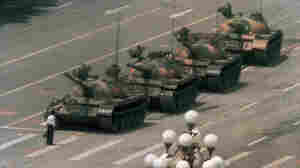 October 5, 2018 • China is taking a more confident and active role in the international human rights system, even as the United States pulls back, writes Ted Piccone of the Brookings Institution. 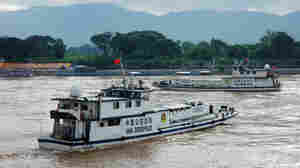 Chinese border patrol gunboats come downriver from the Yunnan province about once a month in a show of force to keep the Mekong River safe, as China's Xinhua News Agency puts it. Michael Sullivan for NPR hide caption

October 6, 2018 • Chinese companies are building infrastructure and dams along the vast river that runs through five Southeast Asian countries before emptying into the South China Sea. 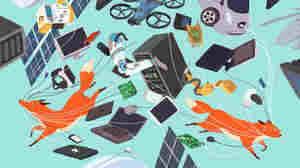 October 7, 2018 • "The Chinese figured out that technology is the key to wealth and power, and the source of technology is still the West for China," says one China and tech watcher. 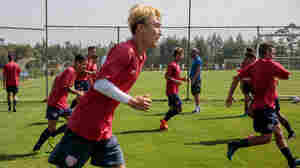 October 7, 2018 • Each year Chinese youth teams send members to a Brazilian academy for 10 months of soccer coupled with regular school lessons, including classes in Portuguese. 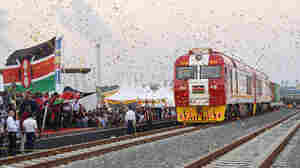 October 8, 2018 • China has become the biggest lender on the African continent. The Nairobi-to-Mombasa railway is a symbol of Kenya's ambitions. But critics say China is saddling Kenya with unsustainable debt. 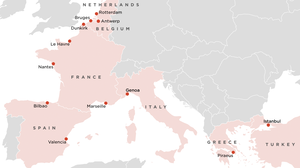 October 9, 2018 • China's expansion into European ports is part of its new Maritime Silk Road, which aims to better connect the country to global commercial hubs. But this is about more than just moving cargo. 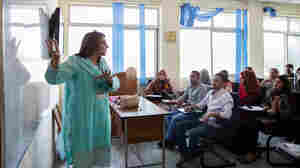 In Pakistan, Learning Chinese Is Cool — And Seen As A Path To Prosperity

October 9, 2018 • China's billions in infrastructure investment have led to growing number of Pakistanis eager to learn Mandarin and study in China. Beijing is giving thousands of scholarships to Pakistanis.

In Pakistan, Learning Chinese Is Cool — And Seen As A Path To Prosperity 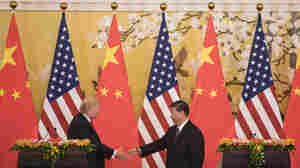 October 10, 2018 • Chinese President Xi Jinping is ready for a change — specifically the transformation of the international system and China's role within it, writes author Elizabeth Economy. 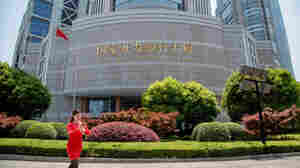 A woman walks in front of the China Development Bank tower in the Pudong district of Shanghai in 2015. That and the Export-Import Bank of China have provided nearly $1 trillion in financing to foreign governments since the early 2000s. Zhang Peng/LightRocket via Getty Images hide caption 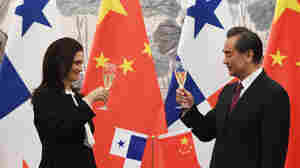 October 13, 2018 • The biggest bloc of Taiwan's few remaining world allies is in Central America and the Caribbean. But even that solidarity is splintering. 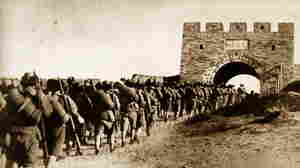 October 15, 2018 • Certain aspects of China today are without historical precedent, but some lessons do arise from Japan's and America's own imperial pasts, write historians Alexis Dudden and Jeffrey Wasserstrom.