Accessibility links
Discipline And Women In Prison NPR and Medill School of Journalism at Northwestern University analyzed prison discipline data from 15 states and found that women are more likely than men to get in trouble for things that prisons classify as minor infractions, often with severe consequences. A few states are trying to radically rethink how women serve prison sentences: from the prison's architecture to how correctional officers discipline inmates. 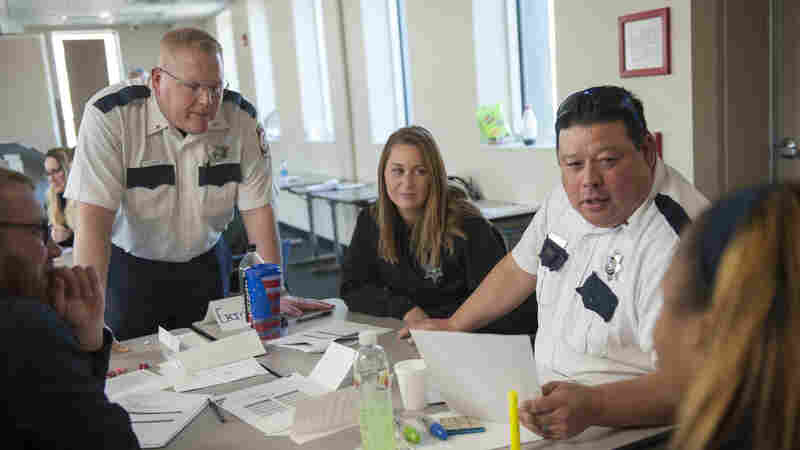 Illinois Department of Corrections officers participate in a role-playing exercise during a March training session on working with female inmates, at Logan Correctional Center in Lincoln, Ill. Bill Healy for SJNN hide caption

October 15, 2018 • Data from 15 states reveal that female inmates are disciplined at higher rates than men for smaller infractions of prison rules — often with harsh consequences. 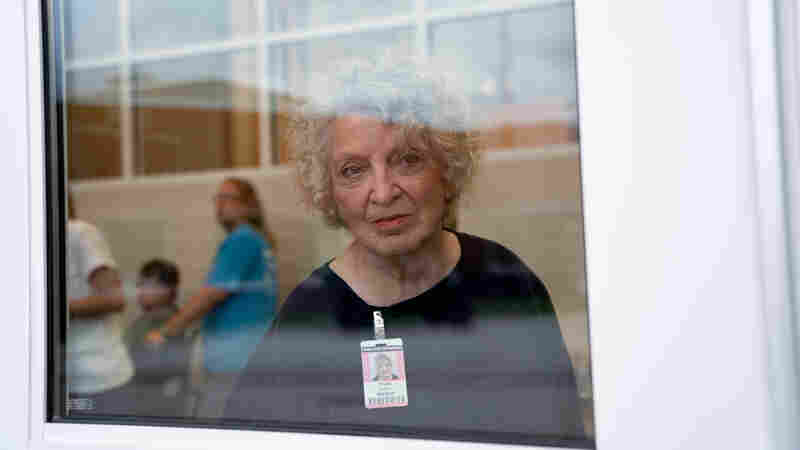 Mary Kathleen "Kathy" Tyler, an 82-year-old woman incarcerated at Iowa Correctional Institution for Women in Mitchellville, was sentenced to life in prison in 1978. She is an avid reader, artist and pianist; is employed as a court reporter; and has accumulated a handful of degrees since she was incarcerated. Jessica Earnshaw for NPR hide caption

October 17, 2018 • Prison rules created to control men often don't work well for women, who come with different histories and experiences. "Gender-responsive corrections" aims to treat women based on these differences.

October 14, 2018 • An investigation by NPR and the Medill School of Journalism finds that in prisons across the U.S., women are disciplined more often than men, almost always for low-level, non-violent offenses.

October 16, 2018 • When someone in prison breaks a rule, there's punishment. But discipline in prison treats women more harshly. In an NPR investigation, we look at how one state, Iowa, is trying to change the system. 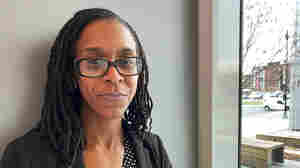 Lashonia Thompson-El, who spent 18 years in prison, says she once was placed in solitary confinement for three months after making an unauthorized phone call to her 10-year-old daughter. Joseph Shapiro/NPR hide caption

February 26, 2020 • Prisons often give disproportionately harsher punishments for minor offenses to women than to men, according to a new federal report that backs up the findings of an earlier NPR investigation.

Listen · 3:39 3:39
More from Discipline And Women In Prison
Browse archive or search npr.org