Accessibility links
Asylum Crackdown NPR reporting on efforts by the Trump administration to discourage asylum seekers from coming to the U.S., including the "zero tolerance policy" that led to families being separated at the border.

To Curb Illegal Immigration, DHS Separating Families At The Border

February 27, 2018 • Separating undocumented families to discourage them from coming to the U.S. is not a stated policy of the Trump administration. But activists say it has been quietly growing in frequency.

To Curb Illegal Immigration, DHS Separating Families At The Border 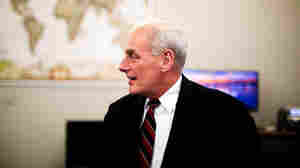 May 10, 2018 • In an interview with NPR, the White House chief of staff also praised the president's decision to pull out of the Iran nuclear deal and said Trump's eyes are "wide open" on North Korea. 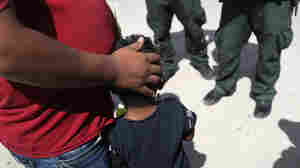 June 15, 2018 • One pediatrician says the staff at a shelter facility told her that federal regulations prevented them from touching or holding a crying child to soothe her. The shelter says there's no such rule. 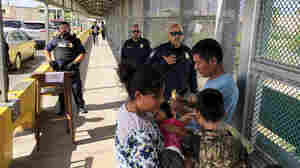 The Berduo family speaks with authorities as they try to cross the international bridge between Matamoros, Mexico, and Brownsville, Texas. John Burnett/NPR hide caption 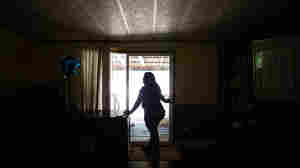 Ms. A.B. is seeking asylum in the U.S. after suffering more than a decade of domestic violence in El Salvador. U.S. Attorney General Jeff Sessions has personally intervened in her case. Kevin D. Liles for NPR hide caption

May 22, 2018 • Attorney General Jeff Sessions is personally intervening in the case of one woman from El Salvador. He is questioning whether she and other crime victims deserve asylum in the U.S. 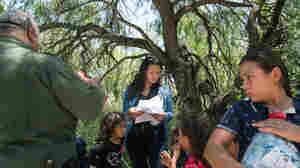 Dahani Gudiel, 25, from Guatemala turned herself and her three daughters in to the U.S. Customs and Border Protection outside of McAllen, Texas on Monday. Gudiel says she crossed the border seeking asylum after being threatened by gangs at home. Claire Harbage/NPR hide caption

A Look Into What Immigrant Families Face At Busiest Border Crossing

July 31, 2018 • The Rio Grande Valley in South Texas is the busiest section of the U.S.-Mexico border. President Trump threatens shut down of the government over funding for border security.

A Look Into What Immigrant Families Face At Busiest Border Crossing 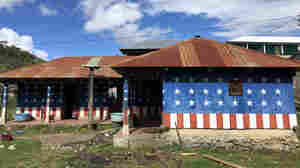 In the village of Quilin Novillo, the houses are billboards for the American dream. One is painted red, white and blue, with stars and stripes. John Burnett/NPR hide caption

September 18, 2018 • The Trump administration's immigration policies are designed to convince migrants to not cross the border illegally. But poverty and lack of opportunities in Guatemala continue to push people north.

Deported Without His Daughter

July 29, 2018 • Renee Montagne talks with a father separated at the U.S. border from his daughter when they fled gang violence in Honduras. He was deported and his daughter was sent to a detention center.

Deported Without His Daughter

August 19, 2018 • NPR's Lulu Garcia-Navarro asks reporter James Fredrick and deported Honduran immigrant John for an update on John's life in Honduras and about his daughter, Marisol, who's still in the U.S.

September 30, 2018 • NPR's Lulu Garcia-Navarro speaks with journalist James Fredrick and "John," who fled from Honduras to the United States with his daughter. John was deported, but his daughter remains in the U.S.