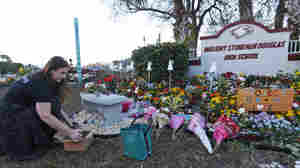 'We Live With It Every Day': Parkland Community Marks 1 Year Since Massacre 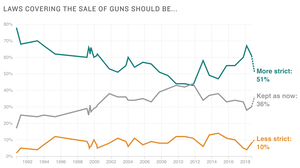 February 14, 2019 • A new NPR/PBS NewsHour/Marist poll finds the percentage of Americans who think laws covering the sale of firearms should be stricter has dropped 20 points from immediately after the Parkland shooting. 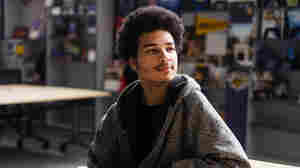 Gabriel Patten, 18, a student at Castlemont High School in East Oakland, Calif., is a member of an Oakland-based violence intervention program called Youth ALIVE! He remembers when one of the program counselors was shot just outside the school. James Tensuan for NPR hide caption

Far From Parkland Spotlight, Teens In East Oakland Want To Tell Their Stories

February 14, 2019 • In East Oakland, Calif., where gun violence is chronic, some are grateful that after Parkland, America pays more attention to the issue. But as an East Oakland youth says, "It's our time to talk."

It's Been A Minute: Oakland Kids Who Experience Gun Violence Every Day 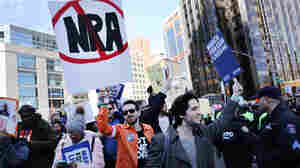 Thousands of people participate in the March for Our Lives protest in New York City in March 2018. Spencer Platt/Getty Images hide caption

February 14, 2019 • The gun rights group says it has more dues-paying members than any other grassroots organization, but shifting power in Congress and changing public opinions on gun laws may present challenges. 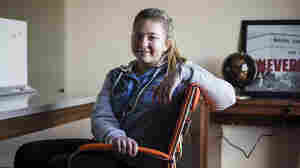 Marjory Stoneman Douglas senior and March for Our Lives co-founder Jaclyn Corin sits at the March for Our Lives office in Florida. Though Corin admits that at times she feels emotionally drained from all the ups and downs of the past year, she describes it overall as "monumental." Scott McIntyre for NPR hide caption

February 13, 2019 • Since the shooting, young Parkland survivors have emerged as the driving force in calling for stricter gun laws in the U.S., through a series of marches, school walkouts and voter registration drives. 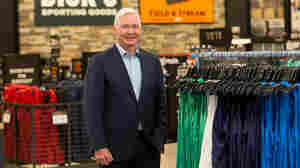 February 12, 2019 • Ed Stack is a gun owner who was a longtime Republican donor. A year after Dick's Sporting Goods became an unlikely corporate face of gun control, it sees the fallout from its policy and lobbying. 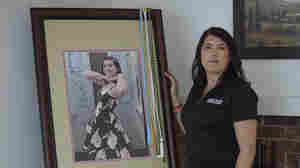 One year after Carmen's death, April Schentrup stands beside a photograph of her daughter that was used during her funeral but now rests in the family's new home. April, who worked as an elementary school principal near Parkland, Fla., now advocates for gun reform. Alyse Young for NPR hide caption

February 11, 2019 • "Everybody should consider what it would mean to lose their child, their spouse," says Philip Schentrup. His daughter Carmen was among the 17 students and staff killed in Parkland, Fla., last year. 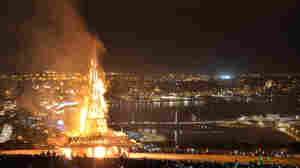 To Honor Parkland Victims, David Best Is Building A Temple, Then Setting It On Fire

February 10, 2019 • The artist whose massive wooden structures have become a fixture at the annual Burning Man festival is now constructing a Temple of Time to help mark the first anniversary of the shooting.

To Honor Parkland Victims, David Best Is Building A Temple, Then Setting It On Fire 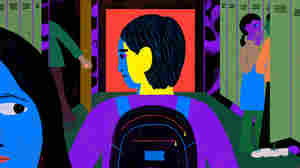 February 10, 2019 • Psychologists and the FBI say they are getting a better understanding of the mix of factors that lead some kids to open fire on a classroom. The shooting can be an act of desperation fueled by anger. 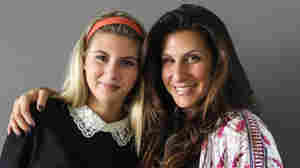 February 8, 2019 • Maya Altman survived last year's shooting in Parkland, Fla. At StoryCorps, she and her mom, Robyn, reflect on that day and how it has affected them. 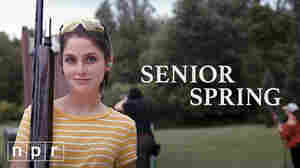 Ashley Courneya was on her high school trap shooting team in Rochester, Minn., with her dad as the coach, before she graduated in June 2018. Christopher Parks for NPR hide caption

February 7, 2019 • Last spring, NPR traveled across the country to speak with teenagers about their many different relationships with guns.