Accessibility links
Turning The Tables: Maybelle Carter A key player in country music's "Big Bang," an innovative guitarist who changed the role of the instrument and the matriarch of country's first family. 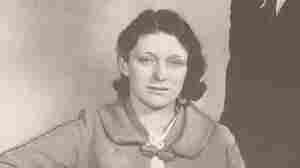 The World Of Maybelle Carter: A Turning The Tables Playlist

August 12, 2019 • The degree to which Mother Maybelle's guitar playing influenced the next century of country and roots music cannot be overstated. In this playlist, hear her Carter Scratch echo across generations.

The World Of Maybelle Carter: A Turning The Tables Playlist

October 2, 2019 • Courtney Marie Andrews and Rhiannon Giddens harmonize with all their hearts on the Carter Family's "You Are My Flower" during the 2019 NPR Music Turning the Tables opening concert at Lincoln Center. 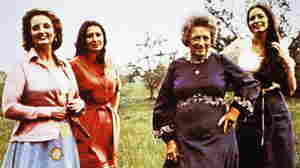 Maybelle Carter (second from right) in 1974 with her daughters (from left) Helen, Anita and June. GAB Archive/Redferns/Getty Images hide caption

August 16, 2019 • There really was no precedent for Maybelle Carter, who learned to play from her own mother and spent much of her life teaching her children — as well as generations of country stars that followed. 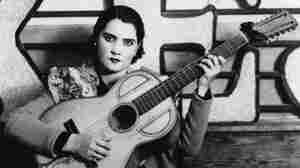 Lydia Mendoza had one of the most extensive performance careers for Mexican American women singers and an immense recording archive. Listeners to border radio in the 1930s would have heard her music alongside that of Maybelle Carter. Michael Ochs Archives/Getty Images hide caption

On The Border With Maybelle Carter And Lydia Mendoza

August 15, 2019 • We rarely place Mendoza and Carter, both great guitarists and lead vocalists in family bands, in conversation — though listeners to border radio stations in the late 1930s were often fans of both. 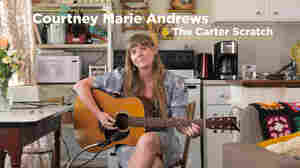 How To Play The 'Carter Scratch' (Featuring Courtney Marie Andrews) 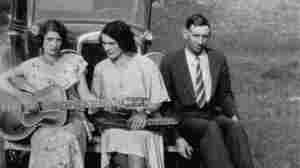 In the 1930s, when Maybelle Carter (left) was touring with her cousin Sara (center) and Sara's husband A.P. Carter as the Carter Family, the members of the group still labored on the family farm in Poor Valley, in southern Virginia. Donaldson Collection/Getty Images hide caption

A Lifetime Of Labor: Maybelle Carter At Work

August 14, 2019 • Her musical career began in childhood. She witnessed the dawn of the recording era and helped create country music as one of the genre's biggest acts. But Maybelle Carter never stopped working. 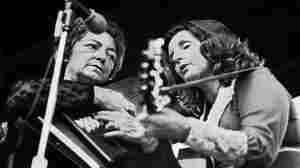 For Women Musicians, Maybelle Carter Set The Standard And Broke The Mold

August 13, 2019 • One of the most indispensable guitarists of all time, Carter was a quiet revolutionary. Though she didn't concern herself with celebrity or need to be the star, she deserves our deepest admiration.

For Women Musicians, Maybelle Carter Set The Standard And Broke The Mold