Accessibility links
Heat and Health in American Cities Low-income areas of cities are often hotter than their wealthier counterparts, and that heat can have dire health consequences. 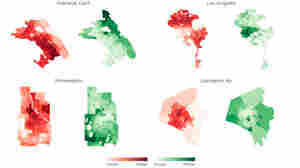 September 3, 2019 • Hotter neighborhoods tend to be poorer in dozens of major U.S. cities. That extra heat can have serious health effects for those living there. 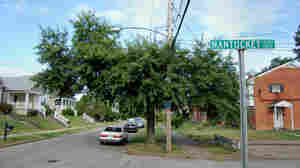 A tree grows beneath a power line in the Park DuValle neighborhood of Louisville, Ky. Urban environments can be especially harsh on trees. Sean McMinn/NPR hide caption

September 4, 2019 • Trees are one of the best ways to fight deadly urban heat, but U.S. cities lose millions every year. And many low-income areas are starting at a disadvantage. 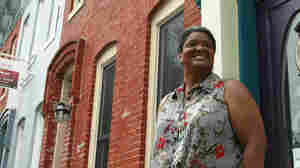 Jeanetta Churchill stands outside of her Baltimore row house. She says she has to keep her air running constantly in the summer in order to manage her bipolar disorder. Nora Eckert/NPR hide caption

September 4, 2019 • A new NPR probe found low-income areas in dozens of major U.S. cities are more likely to be hotter than wealthier ones, and people with severe mental illness are impacted by that increase in heat. 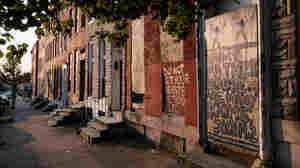 January 14, 2020 • A study of more than 100 cities nationwide shows neighborhoods subjected to discriminatory housing policies nearly a century ago are hotter today than other areas.