Accessibility links
Remembering Cokie Roberts, 1943-2019 Veteran journalist Cokie Roberts, who joined NPR in 1978 and left an indelible imprint on the network with her coverage of Washington politics before later going to ABC News, died on Sept. 17 at 75. 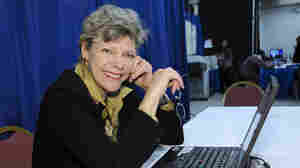 Cokie Roberts covers the 2012 presidential race in Manchester, N.H. The longtime political reporter and analyst at ABC News and NPR died on Sept. 17 at the age of 75. Donna Svennevik/Walt Disney Television via Getty hide caption

September 25, 2019 • A funeral mass took place on Saturday in Washington, D.C., to celebrate the life of Cokie Roberts. Click the audio link to listen to a special broadcast honoring one of the "founding mothers" of NPR.

The Cokie Roberts I Knew

The Cokie Roberts I Knew

September 21, 2019 • A funeral mass took place on Saturday in Washington, D.C. to remember the life of one of the founding mothers of NPR. 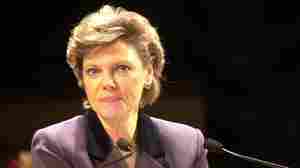 September 21, 2019 • NPR's Scott Simon remembers journalist and friend Cokie Roberts, who died this week at the age of 75. 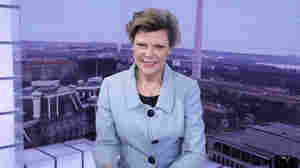 September 21, 2019 • The veteran journalist, who died on Tuesday at 75, was one of NPR's "Founding Mothers." Roberts' funeral was held Saturday morning at the Cathedral of St. Matthew the Apostle in Washington, D.C.

Cokie Roberts Was Devoted To Her Roman Catholic Faith

September 18, 2019 • In addition to her work as a journalist and author, Cokie Roberts was well known as a prominent Catholic. It was part of her public persona, and she didn't hesitate to criticize the church she loved.

Cokie Roberts Was Devoted To Her Roman Catholic Faith

Remembering Cokie Roberts, Who Forged A Path For Female Journalists

September 18, 2019 • Cokie Roberts was a pioneering journalist, who helped other women find prominent roles in the industry. Roberts, who died Tuesday at age 75, is remembered by her colleagues and friends.

Remembering Cokie Roberts, Who Forged A Path For Female Journalists

September 17, 2019 • Cokie Robert's storied career at National Public Radio and ABC News took her to the heights of her profession. But her values put family and relationships above all else. 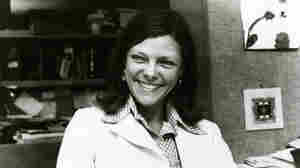 September 17, 2019 • Roberts, who died Tuesday, was a congressional correspondent in the early days of NPR, when there were few women reporters on radio or TV. She later joined ABC News. Originally broadcast in 1993. 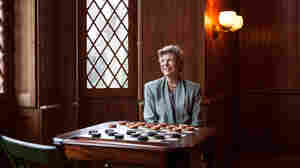 Cokie Roberts was one of NPR's most recognizable voices and is considered one of a handful of pioneering female journalists who helped shape the public broadcaster's sound and culture. She died Tuesday. Ariel Zambelich/NPR hide caption

September 17, 2019 • Roberts, who joined the fledgling network in 1978, was a seasoned Washington insider who developed a distinctive voice as a reporter and commentator for both NPR and ABC News.