Accessibility links
Trump Impeachment Inquiry Reporting of the House inquiry into President Trump and his administration's communication with Ukraine. 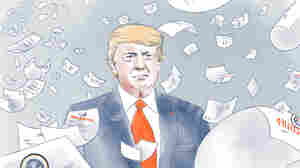 October 28, 2019 • The Senate is beginning its trial after the House voted to impeach President Trump. Here is what you need to know about what led up to this moment and what the president is accused of. 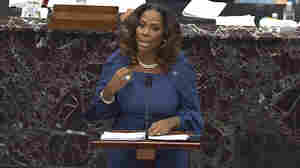 House impeachment manager Del. Stacey Plaskett, D-Virgin Islands, drew a stark comparison between the Americans who "sacrificed their lives for love of country, honor, duty" by stopping foreign terrorists from striking the Capitol on 9/11, and the insurgents who were "incited" by Trump to attack the seat of government. Handout photo provided by Senate television/AP hide caption

February 10, 2021 • "Almost everyday I remember that 44 Americans gave their lives to stop the plane that was headed to this Capitol building," she said. "The capitol stands because of people like that." 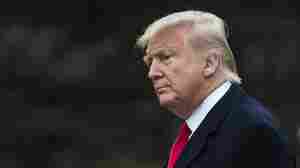 President Trump is the first president to face the voters after being impeached. Of course, when the voters finally have their say in November, they will be weighing not only the impeachment issue but a host of others. Sarah Silbiger/Getty Images hide caption

How Will History Judge Trump's Impeachment? It Won't Just Be Decided On Election Day

February 10, 2020 • If there is a successful second Trump term, his impeachment will shrink into insignificance. If things go the other way, the Senate's vote to acquit him may seem a missed opportunity. 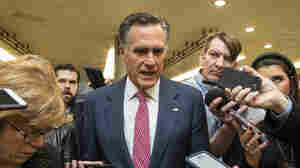 February 6, 2020 • During a White House speech, Trump attacked Utah Sen. Mitt Romney, calling him a "failed presidential candidate." Romney met with GOP leaders in his home state, where some in his party are upset. 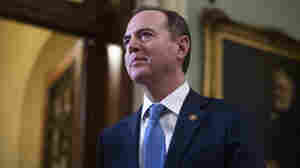 February 6, 2020 • Rep. Adam Schiff, D-Calif., spoke with NPR's Steve Inskeep on Thursday, a day after the Senate voted to acquit President Trump of the charges against him. Read the transcript of the interview. 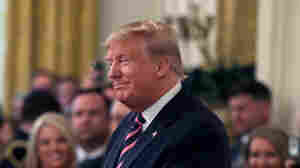 February 6, 2020 • The Senate found President Trump not guilty of the impeachment charges against him. "We went through hell, unfairly," he said in a statement at the White House. 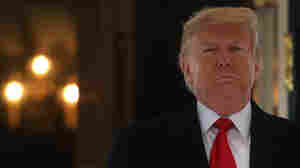 February 5, 2020 • Senators voted as expected to clear President Trump on both articles of impeachment filed by the House. Now Washington must try to pick up the pieces. February 5, 2020 • The Senate found President Trump not guilty on charges of abuse of power and obstruction of Congress. Sen. Mitt Romney of Utah voted to convict Trump on only the first article of impeachment. 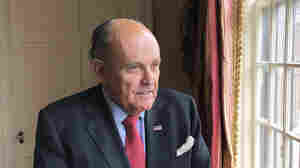 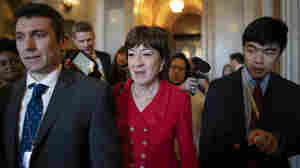 Senators Speak Ahead Of Final Impeachment Vote; Collins Will Vote To Acquit

February 4, 2020 • The Trump impeachment trial is adjourned, but lawmakers have time to make their own cases for and against removing the president. A final vote is expected on Wednesday afternoon. 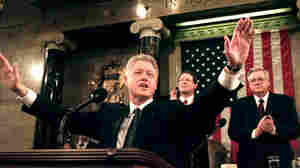 February 4, 2020 • The State of the Union gets massive television ratings. This year, President Trump will deliver it a day before senators vote on whether to remove him from office. 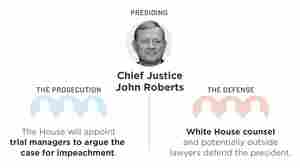 February 3, 2020 • Now that the House has impeached President Trump, the process shifts to the Senate, which will vote on whether to convict him. Here is your guide to the steps and the people that matter. 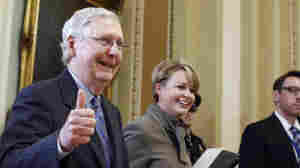 Senate Majority Leader Mitch McConnell, R-Ky., gives a thumbs up as he leaves the Senate chamber during the impeachment trial of President Trump on Friday. Steve Helber/AP hide caption

February 3, 2020 • Both sides made their closing arguments in the president's impeachment trial in the Senate. On Wednesday, the Senate is widely expected to acquit the president. 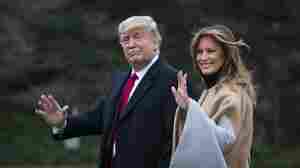 President Trump and first lady Melania Trump walk along the South Lawn as they depart from the White House for a weekend trip to Mar-a-Lago in Florida on Friday. Sarah Silbiger/Getty Images hide caption

February 1, 2020 • The proceedings are expected to close out next week, with a final vote set for Wednesday and the acquittal of President Trump likely. 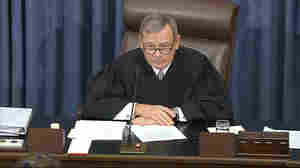 January 31, 2020 • The chief justice, who is presiding over President Trump's Senate impeachment trial, has declined twice to ask a question from Sen. Rand Paul. 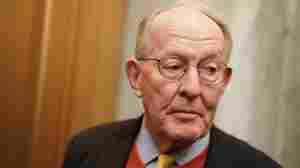 Sen. Lamar Alexander, R-Tenn., arrives for the impeachment trial of President Trump at the Capitol on Friday. Alexander, a key vote in the trial, says he plans to vote no on hearing witnesses. Mandel Ngan/AFP via Getty Images hide caption

January 31, 2020 • The retiring Senate Republican says there is no need for more evidence, although he says Democratic House managers proved wrongdoing. 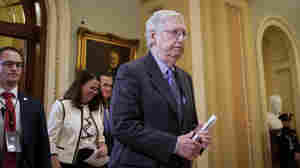 January 31, 2020 • Democrats had hoped to introduce witnesses but failed to get enough Republican support. The trial now moves to a final phase, which includes a vote on whether to acquit or convict the president. 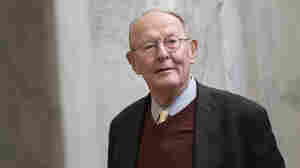 Sen. Lamar Alexander, R-Tenn., announced on Thursday that he will not support allowing witnesses to testify in the impeachment trial of President Trump. Jacquelyn Martin/AP hide caption 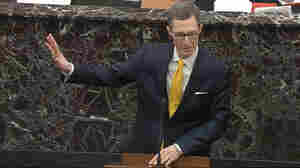 January 30, 2020 • White House deputy counsel Patrick Philbin suggested there was no problem with a politician accepting information from a foreign contact "if there is credible information of wrongdoing." 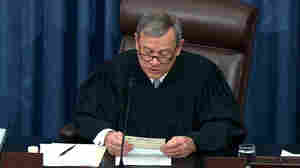 Chief Justice John Roberts, who reads the questions at the impeachment trial, blocked one query from Sen. Rand Paul, R-Ky., which may have revealed the identity of the whistleblower whose complaint sparked the impeachment inquiry. Senate Television via Getty Images hide caption

Impeachment Trial Q&A In Final Day Before Vote On Witnesses

January 30, 2020 • Early on, Chief Justice John Roberts refused to read a question from Sen. Rand Paul, R-Ky. Paul's question may have identified the whistleblower whose complaint sparked the impeachment inquiry. 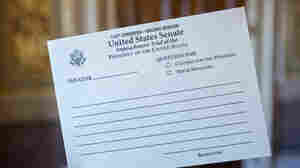 Senators are using these cards to hand-write their inquiries during President Trump's impeachment trial. The cards are passed up to Chief Justice John Roberts. J. Scott Applewhite/AP hide caption

Impeachment Trial Recap: Hours Of Q&A But Still No Clarity On New Witnesses

January 29, 2020 • Senators' written submissions read by U.S. Chief Justice John Roberts yielded an extensive back-and-forth but no certainty as to how much longer the trial might run. 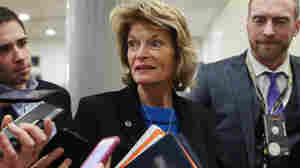