Accessibility links
The Coronavirus Crisis Everything you need to know about the global pandemic. 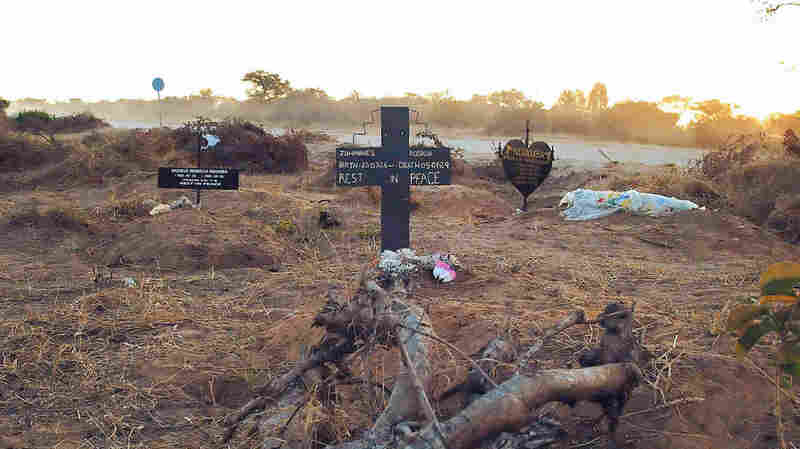 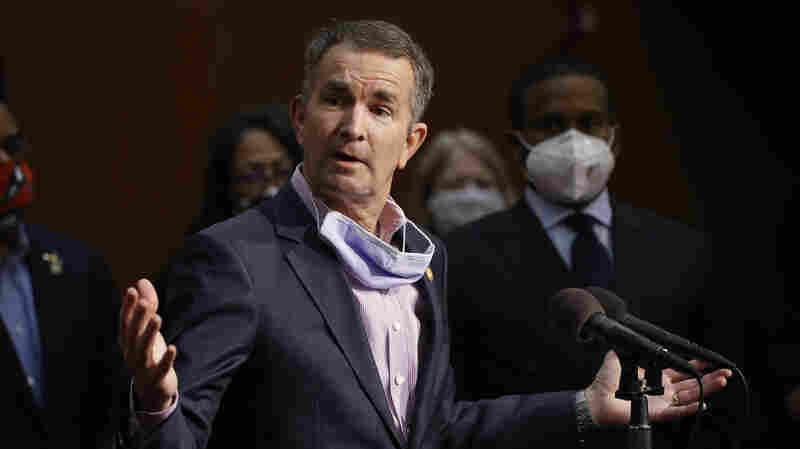 September 25, 2020 • The couple underwent PCR tests Thursday, after a staff member of the governor's residence was diagnosed. The governor's office says Northam has no symptoms and his wife has mild symptoms. 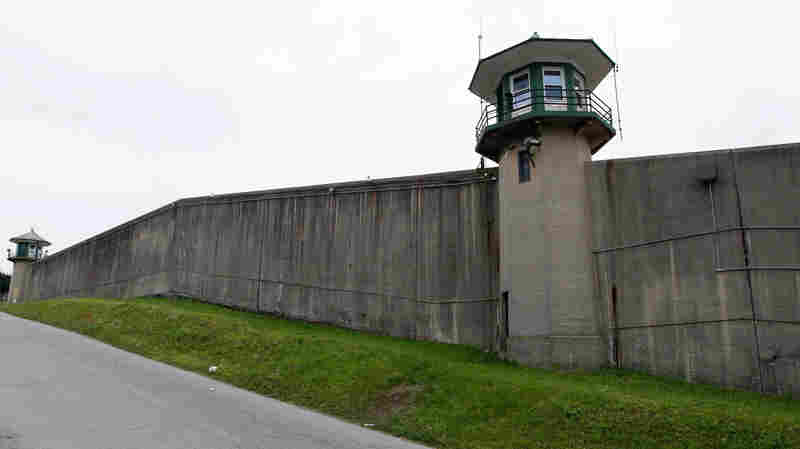 September 25, 2020 • NPR's Noel King checks in with John J. Lennon, an inmate at Sing Sing Correctional Facility, about the impact COVID-19 has had on prison life six months into the pandemic.

The weather is warming up and public spaces are starting to reopen. How do you decide what's safe to do? We have guidance to help you compare and evaluate the risks.

View NPR's maps and graphics to see where COVID-19 is hitting hardest in the U.S., which state outbreaks are growing and which are leveling off.

State leaders implemented sweeping measures to slow the spread of the coronavirus. Here's how changes in case numbers are affecting their reopening plans.

A map of confirmed COVID-19 cases and deaths around the world. The respiratory disease has spread rapidly across six continents and has killed thousands of people. 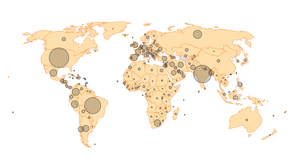 September 25, 2020 • A map of confirmed COVID-19 cases and deaths around the world. The respiratory disease has spread rapidly across six continents and has killed thousands of people. 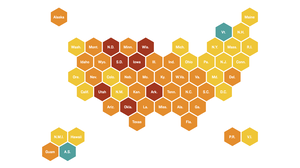 September 25, 2020 • View NPR's maps and graphics to see where COVID-19 is hitting hardest in the U.S., which state outbreaks are growing and which are leveling off. 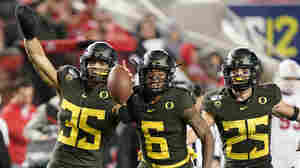 September 24, 2020 • The conference will play a seven-game season with the championship slated for December. The Big Ten made a similar decision earlier this month. Both say players will receive daily Covid-19 tests. 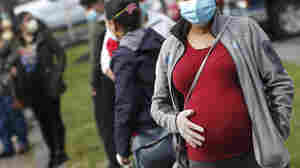 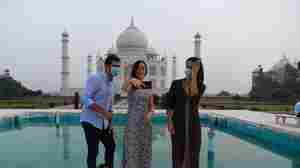 The Taj Mahal reopened to visitors on Monday in a symbolic business-as-usual gesture even as India looks set to overtake the U.S. as the global leader in coronavirus infections. Sajjad Hussain/AFP via Getty Images hide caption

September 24, 2020 • India is poised to overtake the U.S. as the country with the most COVID-19 cases. This week the Taj Mahal reopened to tourists for the first time in more than six months. NPR correspondent Lauren Frayer reports on how that's not an indication that the pandemic there has subsided. 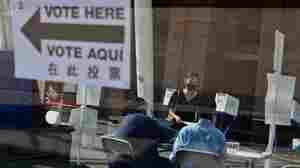 Many people who normally take on jobs as poll workers are in higher-risk groups for the coronavirus, leading to fears of a widespread shortage of poll workers. Here, New York City Board of Election employees and volunteers help voters at the Brooklyn Museum polling site during the New York Democratic presidential primary in June. Angel Weiss/AFP via Getty Images hide caption

September 24, 2020 • The governor's order makes it easier for jobless people to work for state and local election boards — as long as they're paid $504 or less each week. 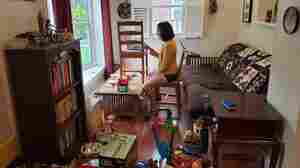 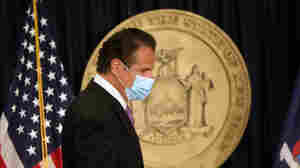 September 24, 2020 • "The first question is, is the vaccine safe? Frankly, I'm not going to trust the federal government's opinion," Democratic Gov. Andrew Cuomo said at a news conference. 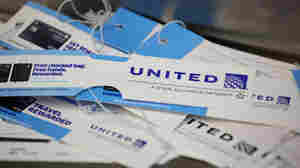 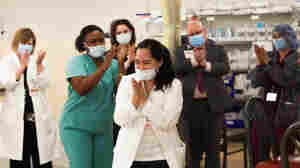 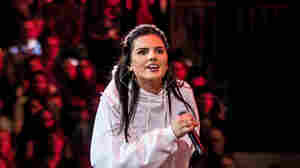 September 24, 2020 • With the hashtag #ikdoenietmeermee ("I no longer participate"), several musicians and influencers said on social media they were opting out of campaigns to promote social distancing and face masks. 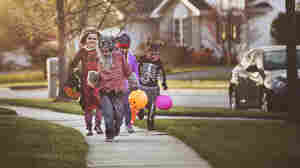 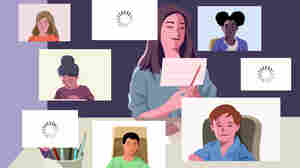 School Attendance In The COVID Era: What Counts As 'Present'?

September 24, 2020 • With millions of students logging in from home, the pandemic has disrupted the traditional school function of making sure students are "in school." 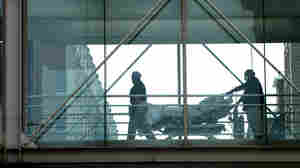 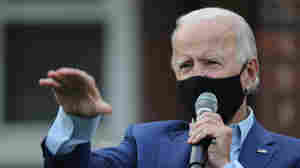 September 24, 2020 • With election season underway, we present a Short Wave guide (with some help from our friends at NPR Politics) to Joe Biden's plan to combat the coronavirus. Political correspondent and NPR Politics Podcast co-host Scott Detrow breaks it down for us. 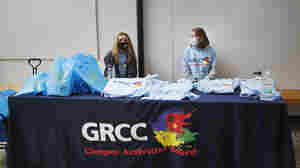 September 24, 2020 • Often during a recession, enrollment in community colleges goes up. The first numbers for this fall show a decline — down nearly 8% compared with last year. 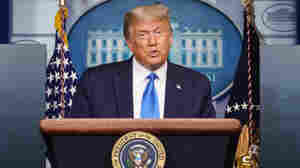 September 23, 2020 • Referring to a report that the FDA plans to tighten requirements for a vaccine, Trump said, "That sounds like a political move." 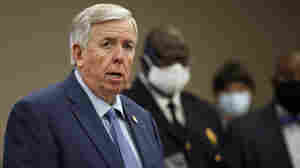 Missouri Gov. Mike Parson, here at an August news conference in St. Louis, says he and his wife, Teresa Parson, "are both fine" after testing positive for the coronavirus. Jeff Roberson/AP hide caption

Missouri Governor And Wife Test Positive For The Coronavirus

September 23, 2020 • The governor, who has a spotty track record of wearing face coverings, said he and the first lady "are both fine." He added he is not showing any symptoms.

More from The Coronavirus Crisis
Browse archive or search npr.org