Accessibility links
Radio Diaries Radio Diaries is a nonprofit project that works with people to document their own lives — in their own words — for public radio: teens, seniors, prison inmates and others whose voices are rarely heard. Produced by Joe Richman, the audio documentaries air on All Things Considered. 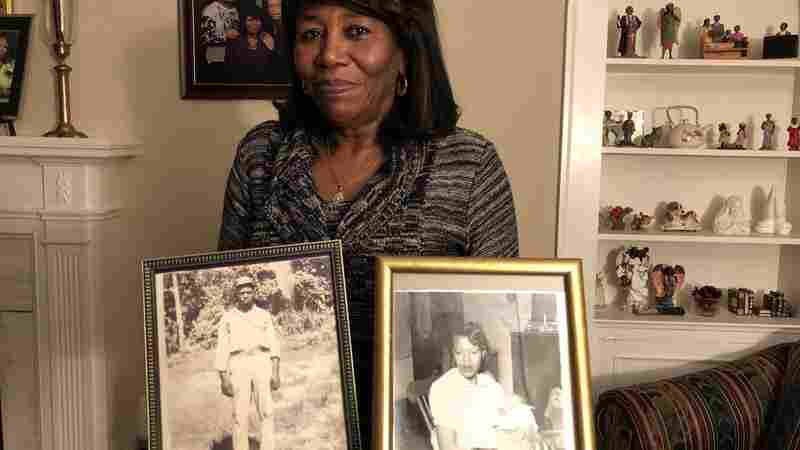 August 27, 2020 • The murder of Emmett Till 65 years ago this week became a catalyst for the civil rights movement. Radio Diaries tells a lesser-known story of a Black man killed in a nearby town three months later. 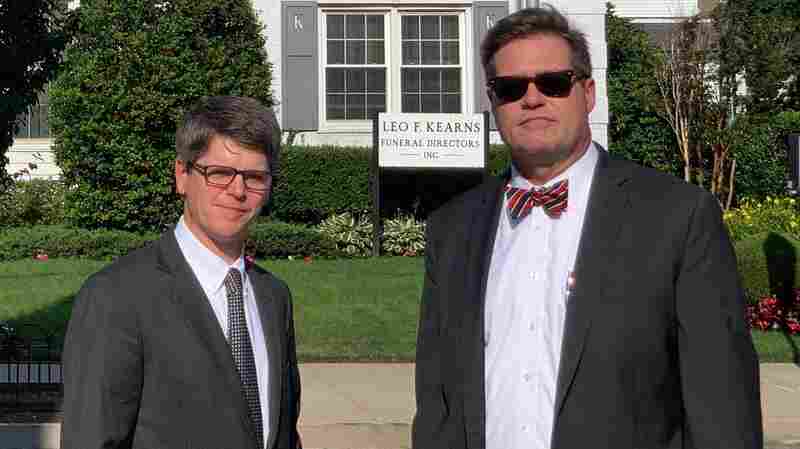 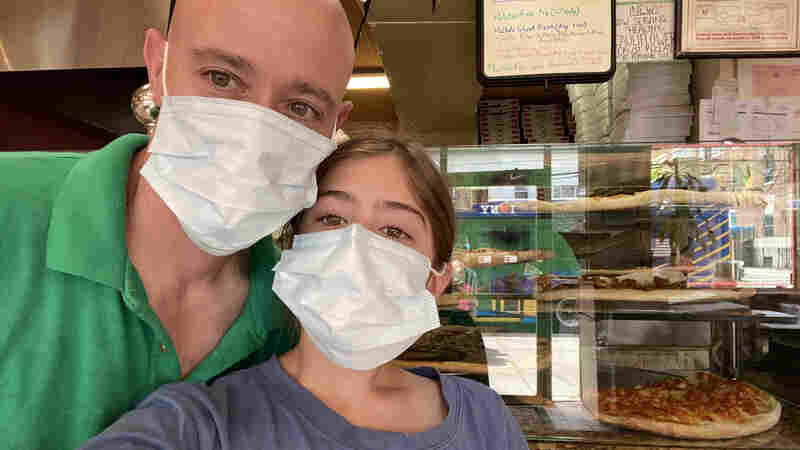 When Your Dad Owns A Pizzeria, The Pandemic Means Learning To Make The Perfect Pie

July 3, 2020 • Since March, Francesca Montanaro, 11, has been spending time helping her dad in his Bronx pizzeria. But it gets boring. "It's not like it's a jungle gym or anything like that. It's a pizza shop."

When Your Dad Owns A Pizzeria, The Pandemic Means Learning To Make The Perfect Pie 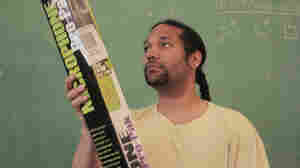 "What makes this pandemic so scary is all the unknown factors," writes 40-year-old Mohammed Monsuri. Lisa R. Cohen hide caption

June 26, 2020 • Mohammed Monsuri, who is incarcerated at the New York prison, describes how he learned about the pandemic and the challenges of staying safe. The coronavirus has hit prisons across the U.S. hard. 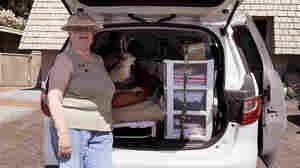 Lavon (here before the pandemic) considers herself fortunate compared with other people without housing. Laura Jones hide caption

For Portland, Ore., Woman, Home These Days Is Where She Parks Her Minivan

June 23, 2020 • Naida Lavon, 67, was recently furloughed from her job because of the pandemic and lost her housing in March. Now, she lives out of her minivan as she navigates the changed world around her.

For Portland, Ore., Woman, Home These Days Is Where She Parks Her Minivan

'Soul Sister': A Look Back At The Fraught Attempt At Empathy

June 16, 2020 • Grace Halsell, a white journalist, wanted to understand the black experience, so she darkened her skin and moved to the South. Her 1969 book, Soul Sister, documented the experience.

'Soul Sister': A Look Back At The Fraught Attempt At Empathy 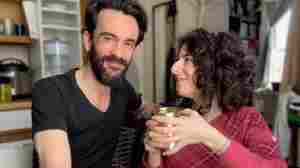 Joshua Boliver and Gali Beeri decided to quarantine together in New York City — after one date. Gali Beeri hide caption

May 28, 2020 • New Yorkers Gali Beeri and Joshua Boliver met at a dance class in March as the city was about to lock down. The near-strangers took a leap of faith and are riding out quarantine in Joshua's apartment. 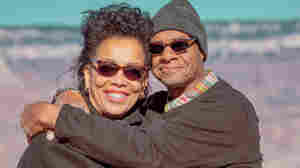 Wendy and Robert Jackson have been married for 15 years and now are social distancing at home. Brian Hong hide caption

April 29, 2020 • Wendy Jackson, a pediatric emergency doctor, is working through the coronavirus crisis. Her husband, Robert, had a kidney transplant four years ago. They keep 6 to 8 feet between themselves at home. 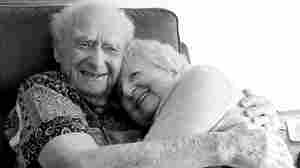 April 15, 2020 • Joe Newman was 5 when the 1918 flu pandemic broke out. Now 107, he and his 100-year-old fiancée are living in lockdown together in Florida and have a decidedly long view on the current crisis. 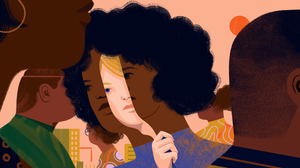 March 11, 2020 • In matters of race and justice, empathy is often held up as a goal unto itself. But what comes after understanding? In this episode, we're teaming up with Radio Diaries to look at the career of a white writer who put herself in someone else's skin — by disguising herself as a black woman — to find out what she learned, and what she couldn't. 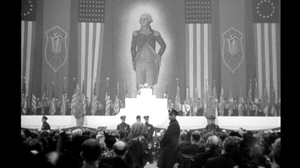 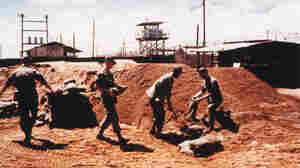 The Forgotten History Of A Prison Uprising In Vietnam

August 29, 2018 • Long Binh Jail was a prison for American soldiers on the outskirts of Saigon with notoriously harsh conditions. In 1968, a group of black inmates were fed up with their treatment and the war.

The Forgotten History Of A Prison Uprising In Vietnam 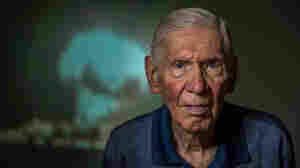 Gackenbach, whose duties included documenting the event with his camera, is the last surviving member of the Hiroshima mission. Tech. Sgt. Brian Ferguson/Airman Magazine hide caption

August 6, 2018 • Russell Gackenbach was a 22-year-old second lieutenant on Aug. 6, 1945, when he flew in the Necessary Evil, one of three planes in the mission that dropped the first nuclear weapon used in warfare. 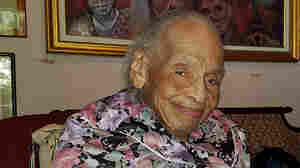 May 31, 2018 • Olivia Hooker was 6 at the time of the riot. Now, at 103, Hooker is believed to be the last surviving witness to what is considered one of the worst incidents of racial violence in U.S. history. 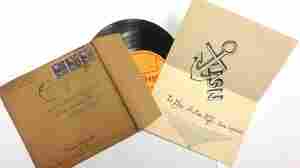 In the 1930s and '40s many people sent love letters to each other by sending their voices on records. Thomas Y. Levin/Phono-Post Archive at Princeton University. hide caption

February 14, 2018 • In the early 20th century, many people were recording their voices for the first time. They used special recording booths and the postal service to send audio messages to each other. 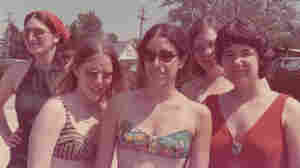 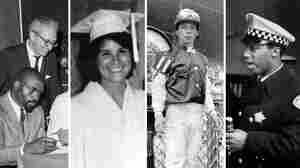 September 30, 2016 • Taped interviews that Studs Terkel used for his book Working had been packed in boxes for decades. Here are some of those recordings, as part of a new series produced by Radio Diaries and Project&.

'Working' Then And Now: Terkel Talks To Car Parker Known As 'One Swing Al'

September 27, 2016 • Our partner Radio Diaries, along with Project&, combed through Studs Terkel's tapes, and we're bringing you the best of what they found. Today, Lovin' Al Pommier, a Chicago parking lot attendant.

'Working' Then And Now: Terkel Talks To Car Parker Known As 'One Swing Al'

Before 'Humans Of New York,' Terkel Showed Dignity In Everyday People In 'Working'

September 25, 2016 • Iconic journalist Studs Terkel was creating a best-seller, when he interviewed people around the U.S. for his book Working: People Talk About What They Do All Day and How They Feel About What They Do.

Before 'Humans Of New York,' Terkel Showed Dignity In Everyday People In 'Working' 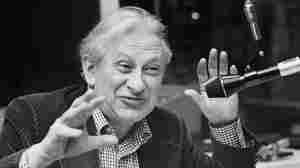 September 25, 2016 • All this week on NPR, you'll hear the voices of people Studs Terkel interviewed in his book, Working. Among the interviews you'll hear this week are a telephone operator and hotel piano player. 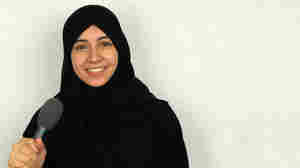 Majd kept a journal about a time in her life when she was torn between getting married or going to school. Courtesy of Madj hide caption

May 31, 2016 • For two years, Majd Abdulghani kept a journal during a crossroads in her life: Should she get married or keep studying? Or can she do both? 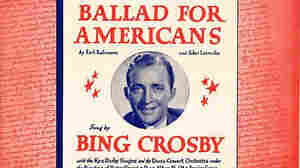 Bing Crosby, who was one of the most popular musicians of the time, recorded "Ballad for Americans." via Radio Diaries hide caption

November 5, 2015 • In the 1940 presidential campaign, one song reached across party lines and had everyone cheering. It was an unlikely hit: "The Ballad for Americans," an operatic folk cantata that ran 10 minutes. 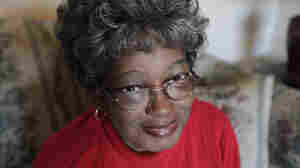 "I knew why they chose Rosa" Parks instead of her as a symbol of the civil rights movement, Colvin says. "They thought I would be too militant for them." Julie Jacobson/AP hide caption

Before Rosa Parks, A Teenager Defied Segregation On An Alabama Bus

March 2, 2015 • Claudette Colvin was a 15-year-old student from Montgomery, Ala., when she refused to yield her bus seat to a white passenger. But she has been largely forgotten in civil rights history.

Before Rosa Parks, A Teenager Defied Segregation On An Alabama Bus

February 3, 2015 • Rose Marie McCoy was one of the most prolific songwriters of last century, though her name is not well known. She died last month at the age of 92.