Accessibility links
Mother's Day We celebrate Mother's Day with stories honoring leading ladies — from favorite songs, to family recipes, to parenting advice from Michael Jordon's mom. The tradition began as a simple tribute to mothers, who were given a single white carnation to mark the day. 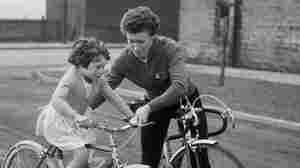 May 11, 2013 • The Forward recently asked readers to submit six-word memoirs about their Jewish mothers. Editor-In-Chief Jane Eisner shares some of her favorites, including, "Strong, independent rethinker of tuna casserole." How would you describe your mother in just six words? 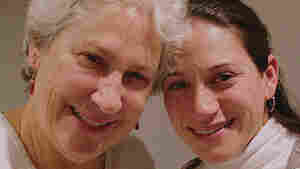 May 10, 2013 • When Rebecca Posamentier was pregnant with her first child, she visited StoryCorps with her mother, Carol Kirsch. The soon-to-be mother tried to glean all she could about parenting from her own mother, before it was too late. 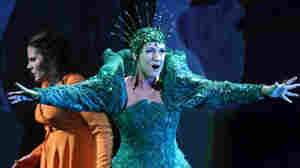 Moms In Opera: 5 Women On The Edge

May 9, 2013 • Try rummaging through opera to find a tender scene between a mother and child and you'll come up stymied. Why are so many operatic moms depicted as murderous women on the verge of a nervous breakdown? 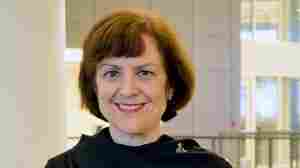 Editor Elizabeth Benedict received this embroidered, black wool scarf from her mother. It was the last gift she got from her mom before she died. Amy Ta/NPR hide caption

What's The Most Meaningful Gift Your Mom Gave You?

May 8, 2013 • Many people are racking their brains to find a Mother's Day gift. But a group of women wrote about gifts their mothers gave them. Their essays are part of the book What My Mother Gave Me: Thirty-One Women on the Gifts That Mattered Most. Host Michel Martin speaks with the editor and a contributor.

What's The Most Meaningful Gift Your Mom Gave You? 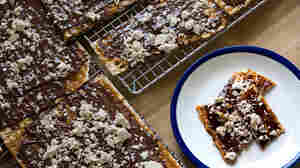 May 8, 2013 • Rather than waiting for someone to give you a treat, why not make one of your favorites for yourself? Something you can snack on all week when no one's around. Or, better yet, something you don't have to share. Food writer T. Susan Chang recommends slow-roasted pecans, salty-sweet matzo candy and more. 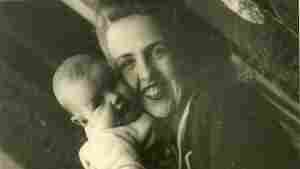 May 13, 2012 • NPR Music's Alt.Latino co-hosts, Felix Contreras and Jasmine Garsd, share a musical tribute to the women who raised them. 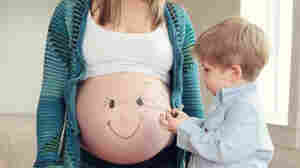 May 7, 2012 • Mother's Day may arrive earlier in England than in the U.S., but British writer Rosamund Lupton is always happy to celebrate. She recommends three books that distill motherhood to its essential elements. Do you have a favorite book about moms? Tell us in the comments.

May 8, 2011 • Just in time for Mother's Day, Melanie Notkin has come out with Savvy Auntie, a guidebook for women who don't have children, but still love them. A proud aunt to many, Notkin explains how to play a fun and supportive role in the lives of your nieces, nephews and god-children.

May 6, 2011 • For Mother's Day, William Anthony Cobb and his sister, Valerie Foster, pay tribute to their mother, Mary Cobb. She was diagnosed with pancreatic cancer, and after she died, her children remembered her influence on their lives. 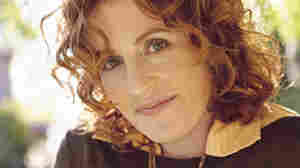 June 4, 2010 • Author Ayelet Waldman, the author of Bad Mother, recommends three books about motherhood that offer a break from brutal "motherhood is hell" horror stories as well as cloying sentimentality.

May 16, 2010 • For his visit to StoryCorps, Joshua Littman, a 12-year-old with Asperger's syndrome, prepared some challenging queries for his mother, Sarah. Among them: "Have you ever lied to me?" An animated version of their conversation, directed by The Rauch Brothers, is part of a Mother's Day special.

May 11, 2010 • On Mother's Day we fete the women who gave us life. They get flowers, gifts and brunch at a fancy restaurant. It's all deserved. But what about the other women who helped raise us? The childless aunts and female friends who stepped in to help when our parents couldn't or wouldn't? It's time we gave them their due. 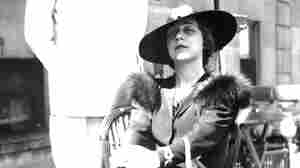 Match The Mom To The NPR Personalities

May 8, 2010 • See if you can match the mom to the NPR personality. You'll hear about the time listeners came to the rescue of Susan Stamberg's mother as well as the many loves of Scott Simon's mom.

Match The Mom To The NPR Personalities 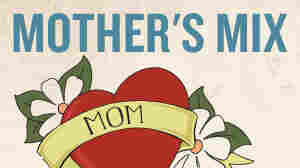 Mother's Mix: It's The Least We Could Do

May 6, 2010 • This year, give Mom a link to our continuous music mix -- the gift that costs you nothing and involves no thought whatsoever. She'll then soak up these four hours of motherhood-themed songs, from Smokey Robinson to Dvorak, from The Pretenders to Lucinda Williams. It'll give her something to listen to while she waits in vain for your phone call.

At My Place, Every Day Is Mother's Day

May 9, 2009 • My wife doesn't work. She's a full-time mother. She has four minutes a day to herself and eats only Cheerios that fall on the floor. She works 15 hours a day with no breaks or mandated meals, 365 days a year with no real vacations. Our daughters feel free to cough up and sneeze things into her hands. If Samuel Gompers heard about my wife's working conditions, he'd say, "Organize and fight!"

At My Place, Every Day Is Mother's Day

May 13, 2007 • When jazz pianist Bill Charlap and his mother, singer Sandy Stewart, get together in a studio, their harmony is as easy as their affection for each other. The album of 11 jazz standards they recorded together documents their love for each other, and the American songbook.

Who's Your Grandma? These Days, Nobody Is

May 13, 2007 • If women of the baby-boom generation have it their way, it's quite possible the word "Grandma" will be purged from our vocabulary. For Mother's Day, commentator Rebekah Sanderlin has noticed a surprising number of grandmothers choosing to go by more glamorous names like Li-Li, Gigi and Queenie.

Who's Your Grandma? These Days, Nobody Is

For Mother's Day, a Tribute to 'Ma'

May 13, 2007 • The on-air puzzle this week is in honor of Mother's Day. Given a series of words, for each one change one of the letters in the word to "ma" to spell a new word. For example, given the word "croon" you would say "maroon."

For Mother's Day, a Tribute to 'Ma'

May 12, 2007 • As America celebrates Mother's Day, Jacki Lyden reflects on the meaning of motherhood through the eyes of her aunt, Ellie Lyden. Nearly 100, Ellie has long nurtured the small village of Clifden, Ireland, from her rose-covered cottage.

May 11, 2007 • When Eva Rutland saw her four children go off to school in 1950s Sacramento, it was in a new era of integration. Her memoir of that time, When We Were Colored, is now being republished by her daughter.

May 11, 2007 • Tell Me More editor Jennifer Longmire comments on her birthday, Mother's Day, and how both have a very special meaning for her family — her mother was widowed shortly before Jennifer was born.

May 11, 2007 • The 100th anniversary of Mother's Day will be observed Sunday with a $16 billion commercial blitz of cards, flowers and restaurant meals. It originated as a simple tribute to mothers marked by the wearing of a single white carnation.