Accessibility links
Theater Of The Absurd: Have Audiences Lost Their Manners? Margot Adler looks at Broadway audiences and whether they've gotten more boorish.

Listen
Theater Of The Absurd: Have Audiences Lost Their Manners? 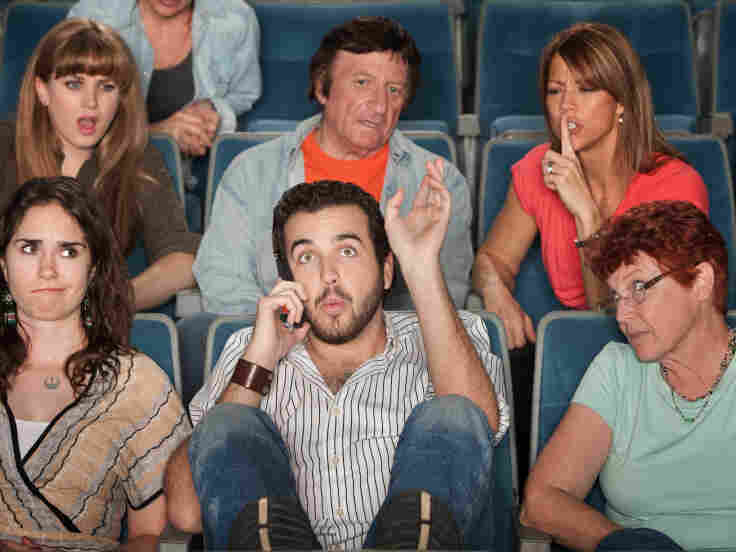 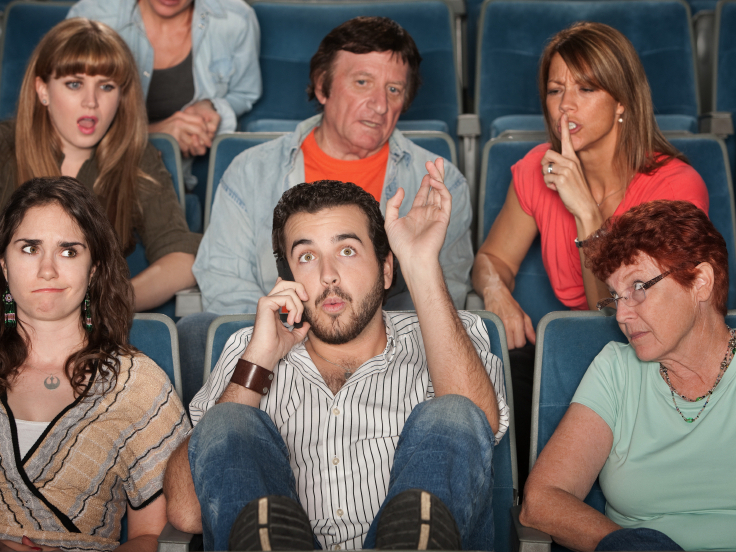 If you woke up this morning thinking, "I really need to hear NPR's Linda Wertheimer say the words 'noisily unwrapping her Twizzlers,'" have I got good news for you.

Margot Adler had a story on today's Morning Edition about Broadway audiences and whether they're getting ruder, given recent incidents involving the aforementioned Twizzlers, rude texting, talking and other interruptions. She went to the TKTS line (where you wait for discount Broadway tickets) and asked some of the folks what they thought.

Some offered the usual explanations — say, that we're all used to sitting in our living rooms watching alone, and we don't remember what it's like to use our polite-company manners anymore. One speculated that as theater has gotten more casual (less dressy, drinks allowed), people's behavior has lost its polite formality.

Jan Simpson, the writer of one blog about Broadway, actually calls herself "old-fashioned" for wanting people to sit quietly while watching a show, which I can tell you caused the writer of one blog about popular culture to clutch her metaphorical pearls in horror at the thought that there's something modern about being a disruptive buffoon. Adler acknowledges that in fact, "in Shakespeare's time, they threw food on the stage." Of course, in Shakespeare's time, they died of various things we've cured, so let's not embrace that too eagerly.

What emerges is partly a generational issue setting younger audiences who want to tweet about the show while it's happening (mon dieu!) against older, perhaps more experienced audiences who take a less consumer-oriented and more art-patron-oriented approach to attendance. But surely, a person of any age is capable of doing without Twitter for a couple of hours. I can do without Twitter for a couple of hours, for example, and I've been known to tweet about people clipping their nails on the Metro.

It's a good thing, indeed, to avoid taking theater and making it a cloistered place for elites only (not that ticket prices don't get you a good part of the way there). But it's also a good thing to avoid giving free passes out of Rudeness Jail for everyone who simply prefers not to iron anything except cargo shorts.

OK, OK, I don't really care if you wear cargo shorts. But the pockets should not be stuffed with things that beep, smoke, smell like garlic or tempt you to whisper.